Cheap Monday was born in 2004 as an alternative for people who wanted fashionable jeans but didn’t agree with the increasing prices of the brands which were popular at the time.

It all started in March 2004 when the tight denim with the characteristic skull logo first hit the market.But to tell this story correctly, we have to go back to November 2000 when Örjan Andersson, Adam Friberg and two of their friends opened a small second hand store in a Stockholm suburb. The store was called Weekend and was only open during Saturdays and Sundays. Despite its remote location, and thanks to a very good selection of garments, the store went well and the decision to team up with Lasse Karlsson and open up a bigger shop in central Stockholm was made. The store was a full-time concept, open every day of the week, and therefore got the name Weekday .From the start Weekday carried high-fashion and exclusive denim brands mixed with second hand clothing – a blend that attracted young, trendy Stockholmers.

Some of the denim sold in the shop was very expensive and Örjan felt there was a need for cheaper, but still fashionable jeans. The first Cheap Monday style ‘Tight’ was born, at this point made exclusively as an in-store brand. An unwashed, very tight fitted stretch denim jean for a shockingly good price! It was an immediate success and the first 800 pairs sold out in a couple of weeks. The skull logo was made by Örjans’ friends Björn Atldax and Karl Grandin who previously had helped out with the imagery for the two stores.

In January 2005, Cheap Monday was developed into a brand with full scale collections and the distribution was extended to selected stores in Sweden as well as abroad. From the first delivery of 800 pairs of jeans in March 2004, the production has reached a new level in terms of pieces as well as in product range.

Today Cheap Monday carry main collections for men and women as well as three in-season drops/season. The collections also include baby, accessories, glasses, underwear and shoes.In 2008 the brand joined forces with H&M and in November 2009 the very first Cheap Monday Store opened up in Copenhagen.Without traditional marketing but with a strong idea on how to present the brand, Cheap Monday can today be found in more than 35 countries in about 1800 stores all over the world.

Scribbled, doodly prints, ruchings, delicate bow straps mixed with a sporty look on satin interlock fabrics with puff sleeves and stencilled allover prints on denim and jerseys. Sporty drawstrings play an important part on woven, sweat and jersey. It’s a juvenile, punk look with pink checked flannel shirts and skirts for women and a denim check on men. We mix a leaner, longer silhouette on shirts and sweats for men and a boxier, cropped on women. The jeans look is heavily bleached down with a strong back-to-denim feature in washes and fits. Mixed with biker cuts, zips and coatings the black and 90’s blue blends together in a pinky, yet modern way. A pop out-theme is a super trashed denim look, contrasted by tinted pastel shades in over dyed jackets and bottoms. Focus denim styles for the spring 2015 Collection are shorts on women and men and 90’s boyfriend fits for women. Spray-On, their skinniest and stretchiest jeans model ever, is now available for men as well. 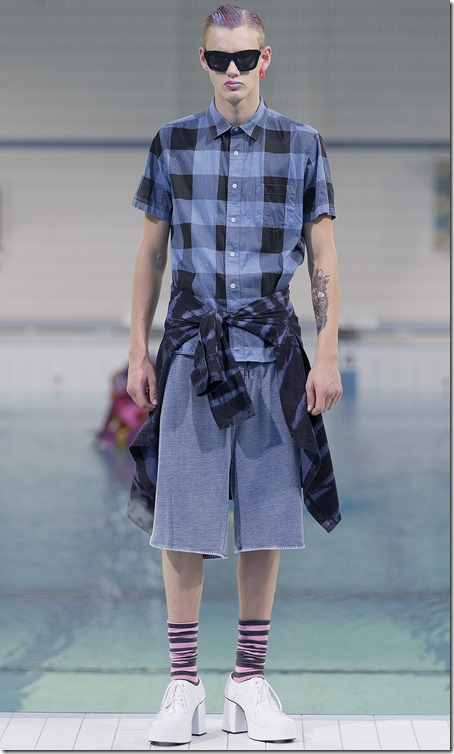 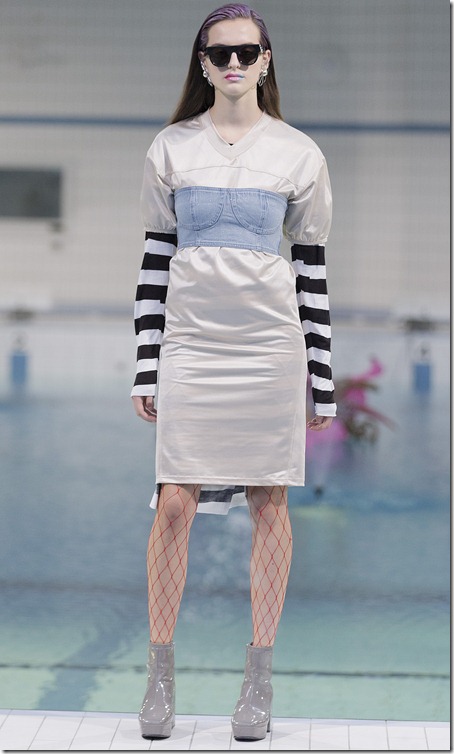 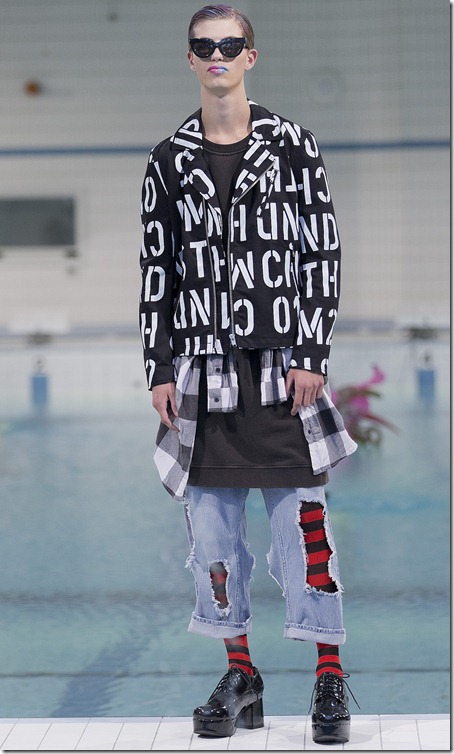 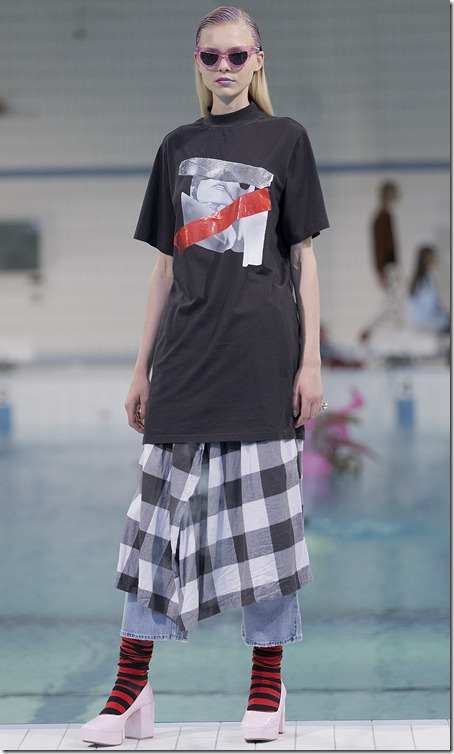 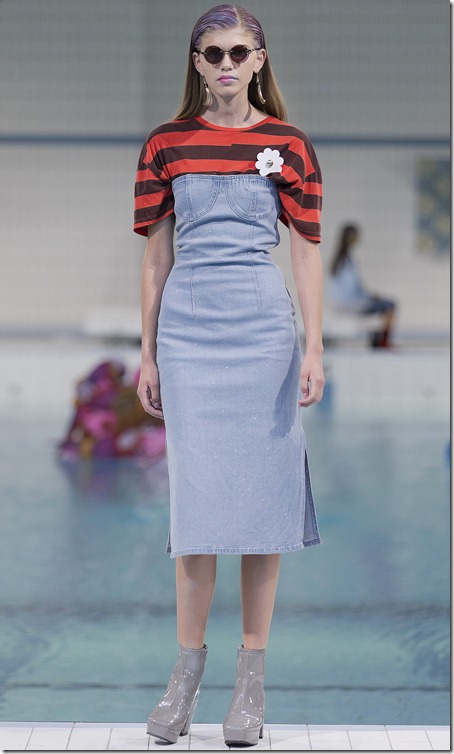 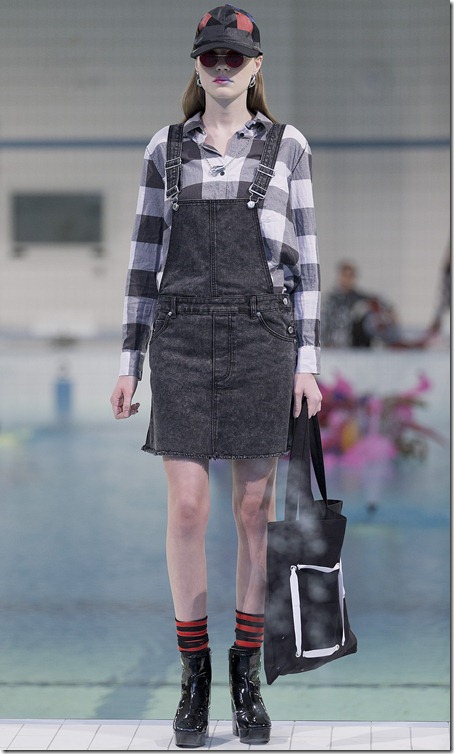 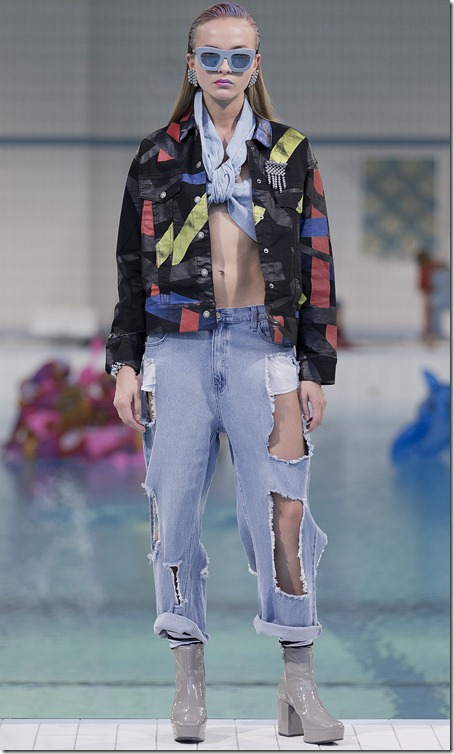 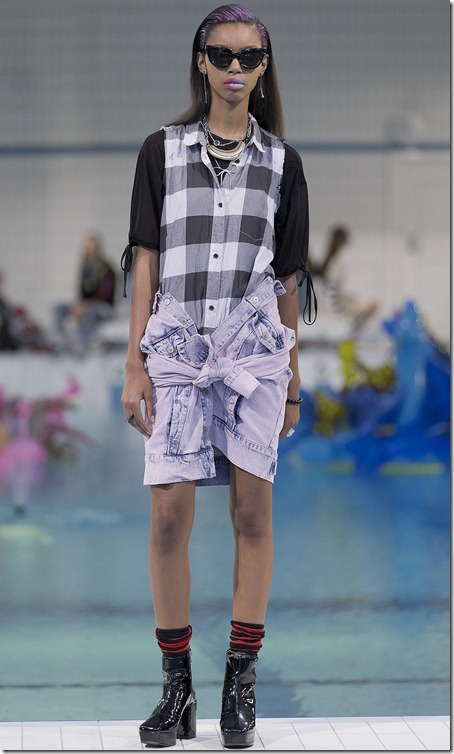 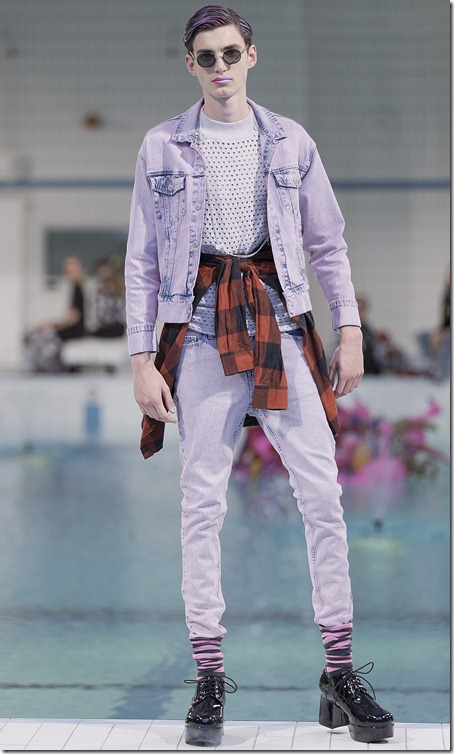 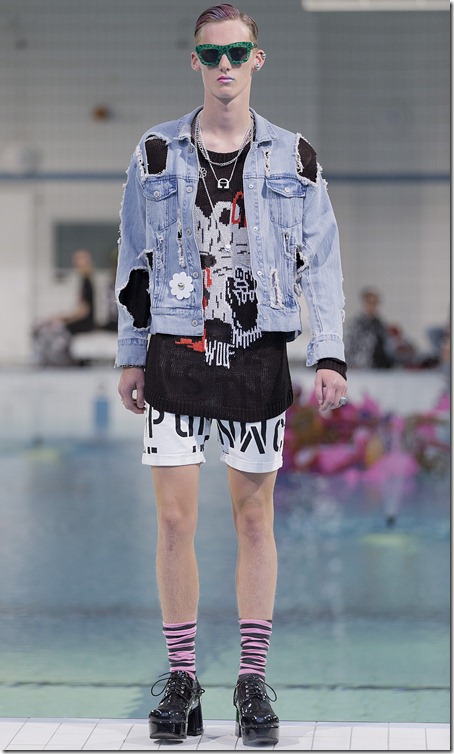 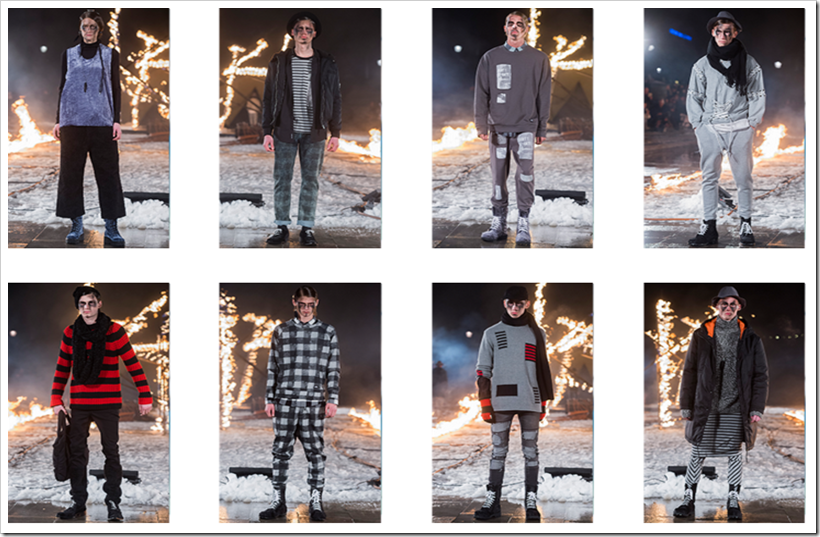 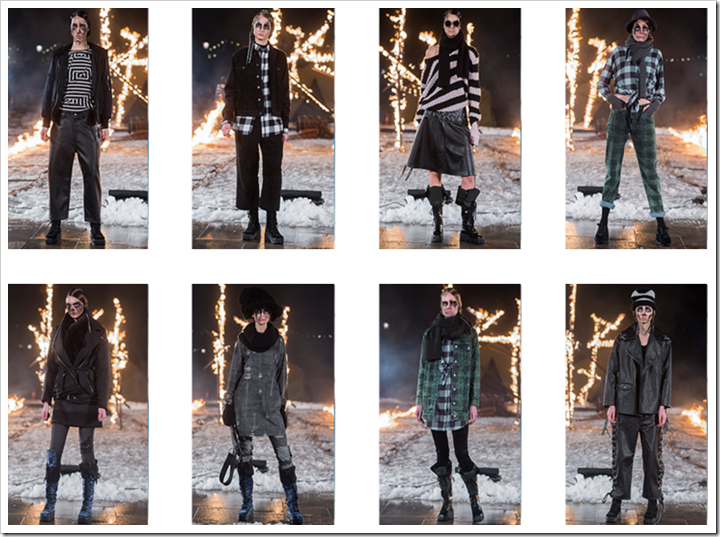 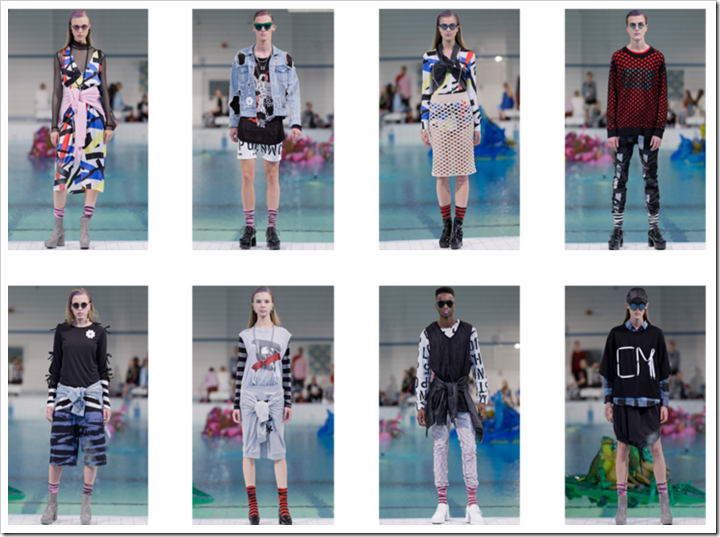