The poor economic situation of the EU region is reflected in the relevant fall in the imports of Denim Jeans into EU. For the period Jan- May 2012 , the imports of all jeans into EU27 fell by about 12.37%  over the same period last year. This had been already been anticipated by most exporters and the exporters to EU have been feeling the brunt of this fall in terms of reduced orders. Exporters in countries like Bangladesh have felt the heat with reduced order positions, shorter lead times being given by the buyers and in some extreme cases, cancellation of confirmed orders.
However, the average price of imported jeans continues to rise with over 6% rise in this period . The effect of increased prices of cotton are still reflected in these jeans to some extent – even though the cotton prices are about 1/3rd of what they were in Feb 2011 – see chart at end .. 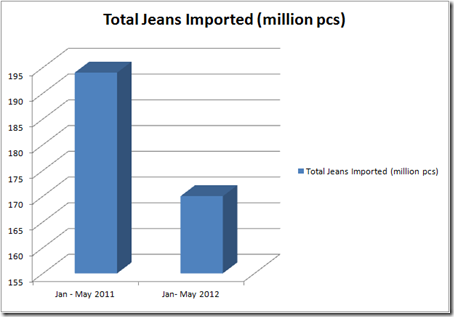 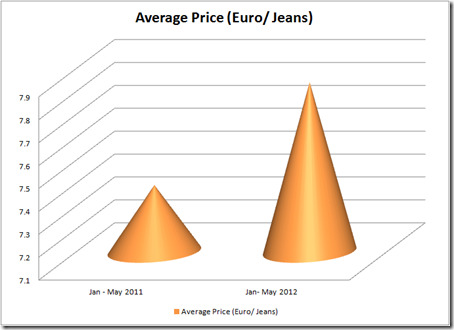 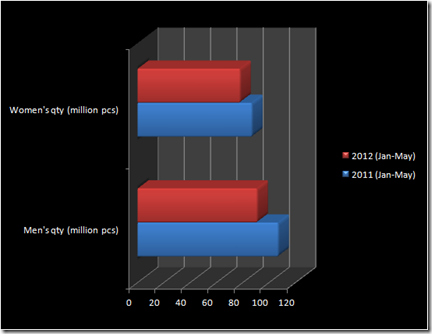 This has consequently hurt countries which are more focused on exporting men’s denims . We will cover in another report shortly , the impact on top exporters and the changing market dynamics of jeans exports to EU.