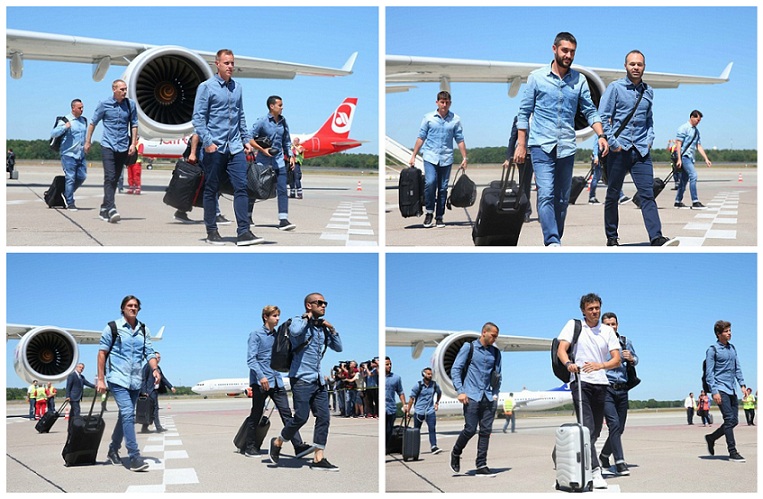 Double denim has been a recurring trend for some years in 80s and 90s . However there have also been  many years of intermittent revulsion against this style specially against ugly combinations.However, this style is definitely back with various celebrities. But , what is surprising is that this trend is now permeating the sports arena as well.

Recently ,  Barcelona FC  team touched down in Berlin ahead of the UEFA Champions League final in head-to-toe denim. Lionel Messi, Javier Mascherano and Luis Suarez stepped across the tarmac after touching down at the airport and showcased their unified denim prowess. But the athletes just did not put up any jeans but they had actually highly crafted and curated uniforms designed by Replay. The team has now chosen to wear Replay clothes for the next 4 years and it is also the first time a denim brand has worked with football team. Describing its range, Replay says:

‘From its work-wear origins, denim has evolved over the years into the casual followed by premium sector but has never been contemplated as part of a formal outfit, until now. ‘Indigo colour, slim fit and shimmering effect reveal Replay’s peculiar reinterpretation of elegance whilst retaining its denim heritage.

This is not the first time that a football team has tied up with a fashion house. Versace had recently teamed up with Real Madrid. However, for denim this is a first. A number of important celebrities have also endorsed the double denim trend which has been taken up by the Barcelona team. These included the most stylish A-listers, including Kardashian, Miranda Kerr and Eva Mendes etc. So does it help

Lionel Messi, Javier Mascherano and Luis Suarez step touch down in Berlin in their new Replay denim uniform and this is good news for the denim industry !! 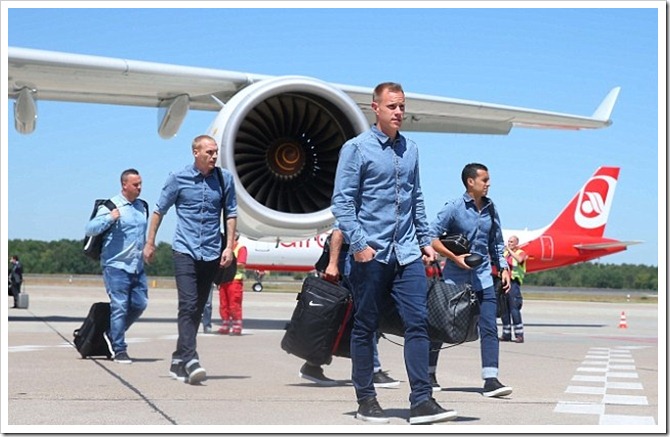 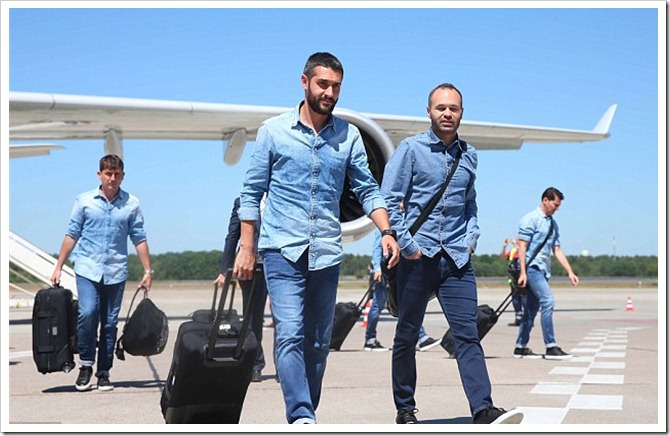 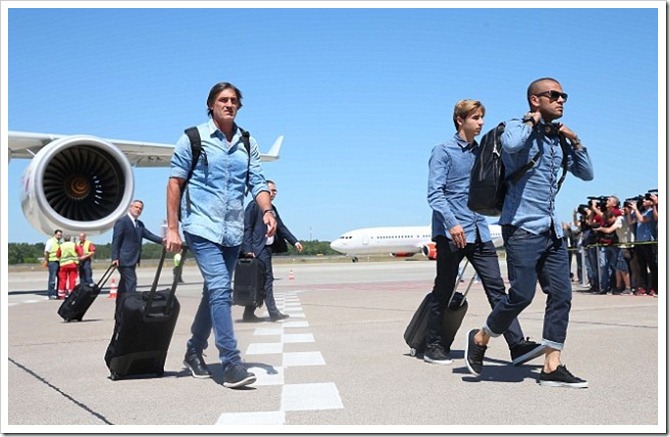 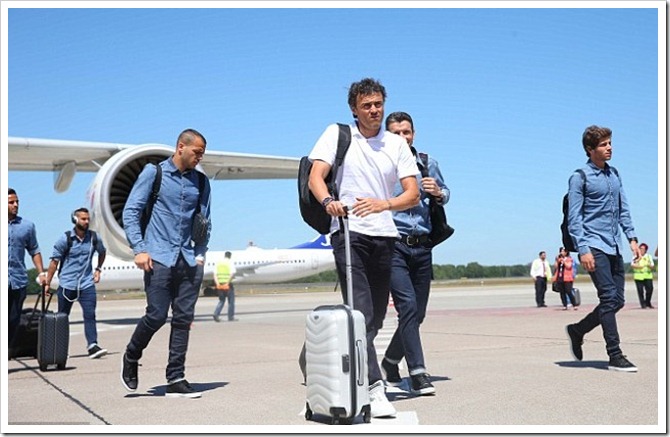