Jeans have always been the most innovative apparel product ever. It is not just a garment but a canvas on which artists – whether they are mills or garment makers or washing guys -can play around with their colors and brushes.  Some of these ‘paintings’ are cool and fashionable , while others are downright crazy and hit you and provoke a thought process. While some of them could be worn by fashionistas, others would need a real braveheart to go for them. We have selected some of such jeans made around the world and showcased at different sites . These jeans , we are sure, will make the designers think on what elements to pick up and to apply their own ingenuity to them . 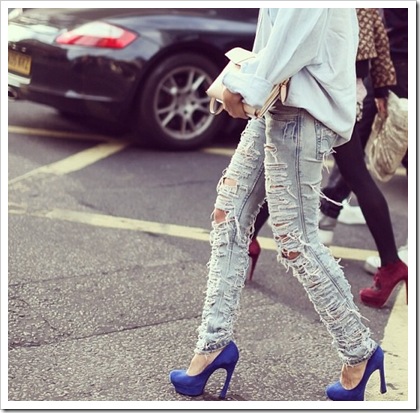 Denim and mesh combined together to make these meshy jeans from Siwy. The jeans , though exposing the legs , do not look indecent and could be used by fashionistas. 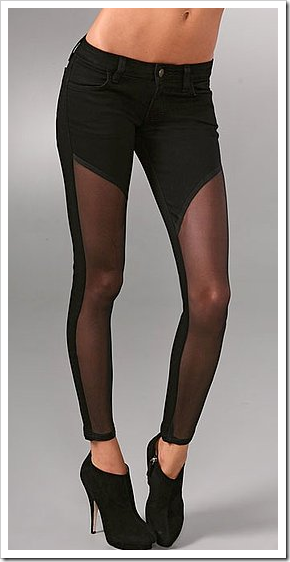 While this jeans seem to have been colored during an event, they could easily be produced likewise. However,  not likely to be worn by most, perhaps some brave soul would  wear them to a rave party. 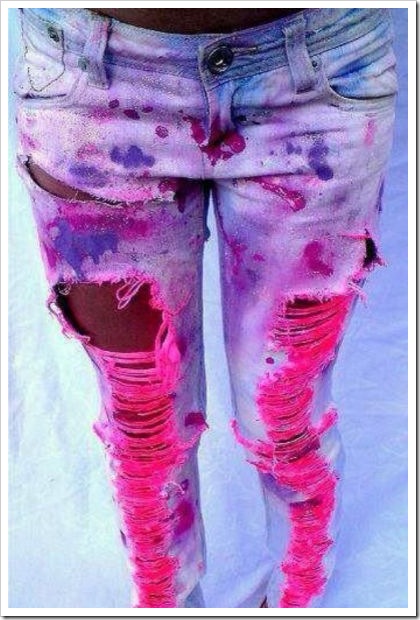 These jeans have that particular, excuse me ,  ‘vamp’ look that one finds it difficult to ignore. 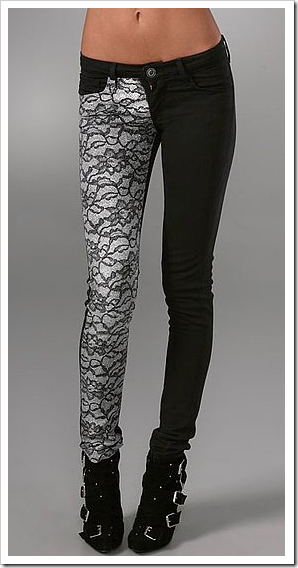 These are perhaps the lowest waist jeans ever made. So low that a denim underpants have to be attached to the jeans to hold them  ..I don’t think any girl in her senses would dare to wear them these in public! 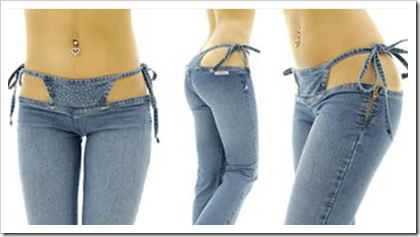 These men’s jeans seem to have been painted to achieve the dual looks making it look like two jeans combined into one. 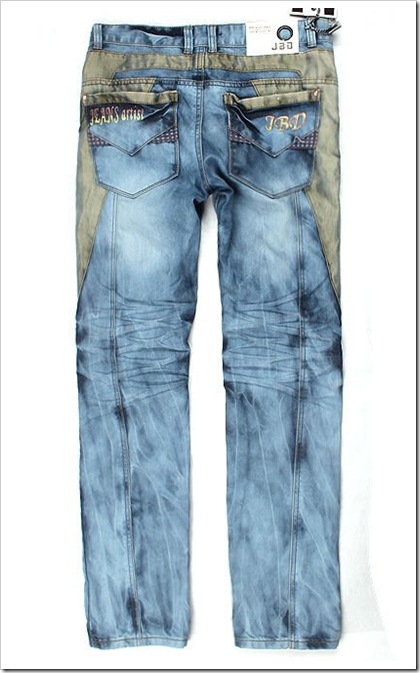 These jeans by Bebe with inset mesh make a bold statement . 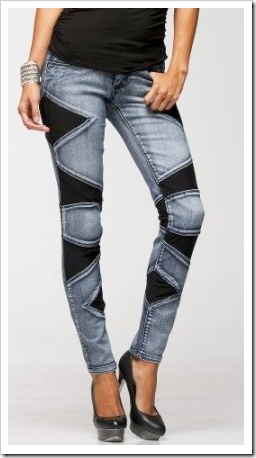 Rags , patches and leftovers converted into a Jeans

This is a real crazy jeans and seems to have been created out of nothing . Nothing means no regular fabrics but tatters, small cuttings and left over in a jeans unit. Some artist has applied his imagination to create this  jeans out of almost ‘nothing’. 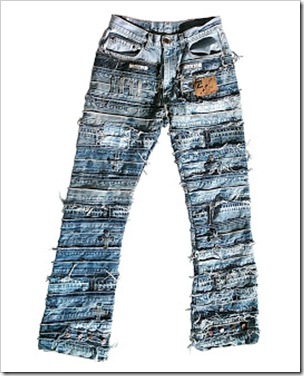 Wow! Its a look on a jeans which I have never seen before. Looks like a large sports shoe lace being fitted on the jeans..Imaginative but ……! 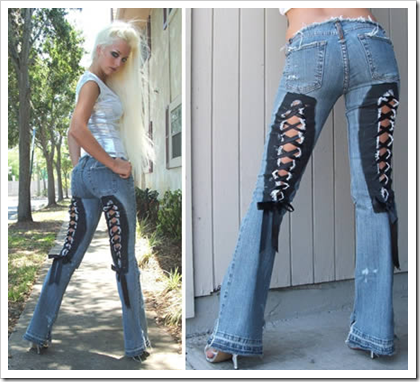 A whole lot of windows in these jeans! Still, some women out there might give it a shot for a party.. 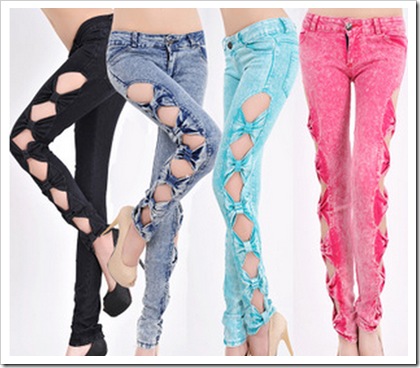