The Global Denim Project – Contribute Information to it.. 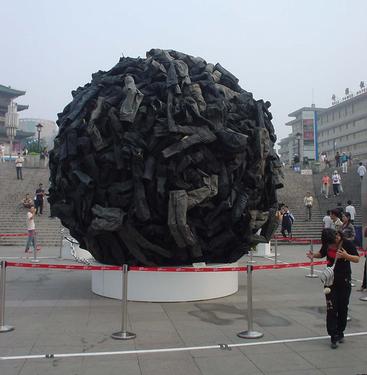 Denim has become a universal phenomenon and has enabled it to become much more than a fabric – a Concept, a statement , a way of life and much more. Its no more an American product and has entered deep into the psyche of people worldwide as one of the best textile products ever made. Its Globalization combined with the Individualsation through distressing and other effects has anthropologists around the world interested in studying denim as a subject.
The Global Denim Project is an attempt to persuade as many academics as possible to consider studying denim over the next five years.These are expected to include historians, people concerned with the economics of the industry,and anyone interested in Denim.
Various projects have been started the World over and include projects like a study of denim, sexuality and the body in Italy, to a study of trashed denim shoddy and its uses in recycling (until recently a third of US dollar bills were denim shoddy). Other proposals include denim in China, Japan and Korea, a study of how blue jeans record the movements of the body in their wear, and a proposal to work on the pressures towards ethical trade in denim in Turkey and Brazil.The intention behind the global denim project is to provide a meeting place for anyone from any discipline who wants to carry out academic research on the topic of denim.
I am not surprised at this level of interest in Denim. Denim has broken many a barriers and boundaries . It has enabled a street worker to wear a product which a billionaire may also be wearing. It has broken the barriers of Sex, Countries, Customs and Traditions in almost the entire world..Hail Denim !

Those who are interested to contribute any information or a project, visit The Global Denim Project