As mentioned before , we are starting the denim production education series of articles. The content for these articles on various stages of denim production has been kindly provided by Denim Academy of Orta Anadolu – the premium denim mill from Turkey.  The first article concentrates on the Yarn production process upto the formation of Rope – ready for dyeing. 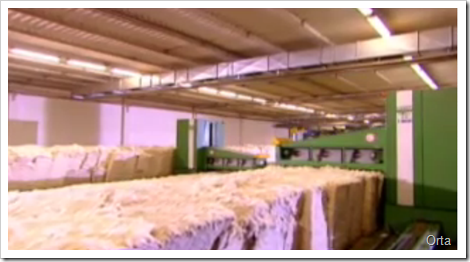 Yarn spinning starts with the transfer of the cotton bales from warehouse chosen by a special software to the blowing room feeder as a initial step of yarn spinning process. From this point onwards, cotton undergoes preparation processes like cleaning, opening and blending with the content of other bales. During this process, the fibers which are too short are extracted. 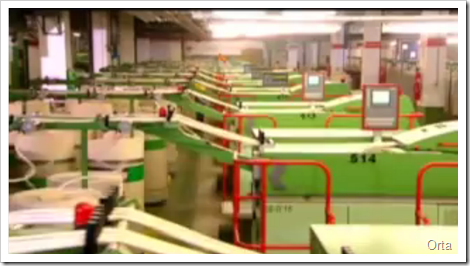 The cotton fibers are then subjected to a carding operation that ensures that the fibers are parallel to each other. At the same time a vigorous and detailed cleaning of material to be used in yarn production is carried out in order to be ready for the next phase of manufacturing. As a result of the cotton

fibers are transformed from the compressed , randomly mixed material containing impurities to SLIVER which have been neatly stacked in cans ready for the next processes. The main processes in carding machines are; 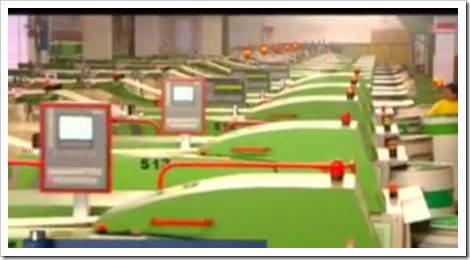 In draw-frames, slivers from different carding machines are brought together to form a homogenous blend and parallelism of the fibers is further enhanced. The fiber hook-ends that are a part of the fiber nature are flattened and fibers are further elongated. 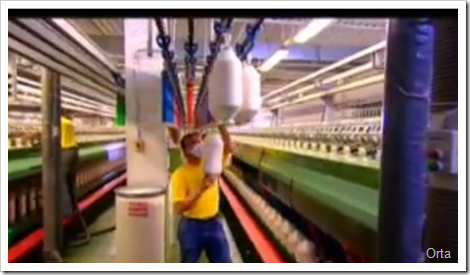 In order to monitor the weight per unit length of the Sliver under control highly developed electronic regulation systems are utlilized. The Sliver  from the drawing frame operation with uniform mass per unit length are further drawn out by the roving frame operation . They are then wound on to tubes which can be used on the yarn machines. Roving is the final step before 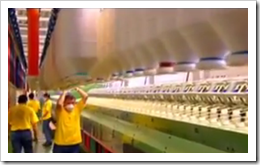 yarn is produced.   In the roving frame process, A particular amount of draft force is applied on sliver where the yarn does not only get thinner, but also twisted to keep its strength, as the fiber quantity in cross-section area decreases. 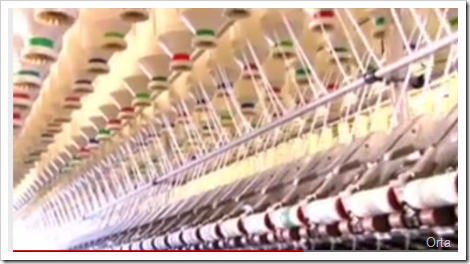 After this operation ,the Rovings are subjected to a further  drawing out operation on the ring machines and are further thinned out to the required yarn thickness. During this operation the yarn gravity is subjected to a twist in order to give it the required durability. The ring machine determines the surface  structure  and the  physical attributes of the yarn being produced. Due to the yarn production system that can also produce effects, the yarns can be given the effects that will determine effect the visual appearance of the fabric. It is worth noting that all the yarn production machines at Orta have the ability to create effects in the yarns. The Spinning frame sets the yarn count by adjusting the draft, gives required amount of twist and winds it on to the cops (small tubes).  The yarn produced through Ring Frame is more soft and has more strength and character as compared to those produced by the Open End machines. 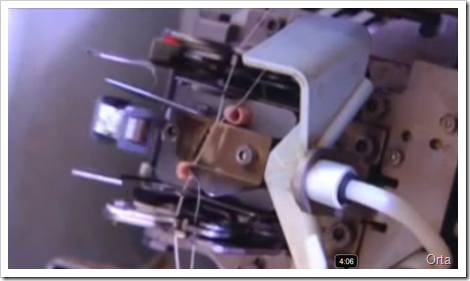 The last phase of the yarn production is the Winding Process. Here the cops produced by the ring machines are spliced (joined) together and transformed into the bobbin format of specific length . The Splicing process is very important from the point of view of productivity of the subsequent phases where bobbins will be used and final appearance of the fabric. During the winding process , the yarns are monitored for 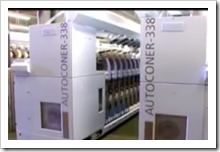 every mm of the way by high technology sensors on the bobbin machines and the faulty areas that may affect the texture of the fabric are eliminated. Any yarn defects (unevenness, yarn count, thin&thick places etc.) are detected and removed during winding.   Yarn spinning is completed by winding process. 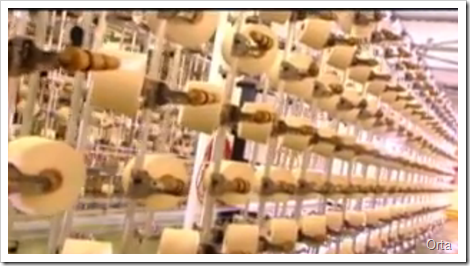 Ball Warping –from the point of view of color quality and authentic appearance is the preliminary preparation for the Rope Dyeing System- which is the preferred system of denim production. The yarns that will be used in the warping of the fabric are stacked in the ball warping machines Creel section and all brought to the front of the machine to be transformed  into Rope . The Rope thus produced and Cones are warped as ropes at ball warping and prepared for Indigo rope dyeing process.

Check out the entire spinning process from video below provided by the  Denim Academy .