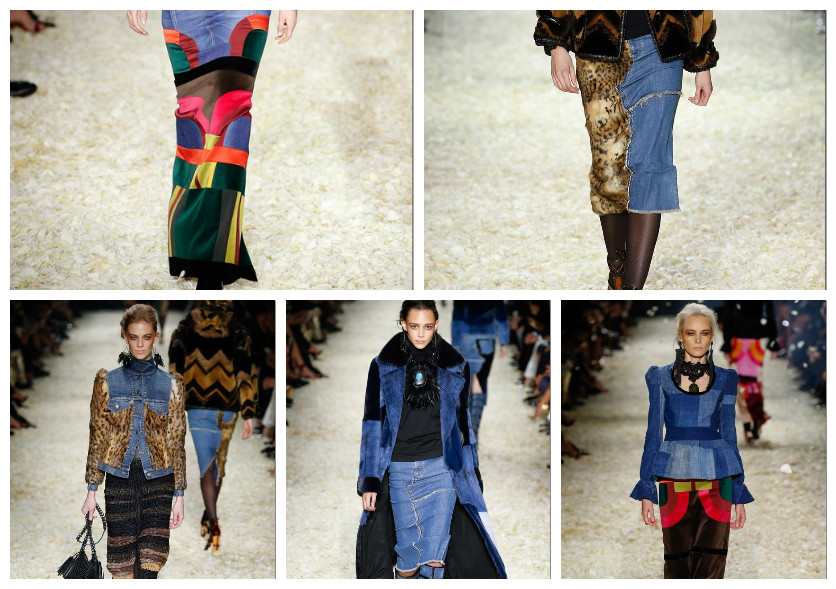 Thomas Carlyle “Tom” Ford is an American fashion designer and film director. He gained international fame for his turnaround of Gucci and the creation of the Tom Ford label before directing the Oscar-nominated film A Single Man.  While at Gucci he had made a ultra-lux jeans which sold for $3134 !!

On a recent runway presentation of his Fall 2015-16 collection at L.A , we saw a lot of patchwork denims with all kinds of fabric combinations besides denim including denim look velvets. The patchwork concept was taken down event to the boots !

It was denim and not like denim . Knee-length skirts, pants where the utilitarian fabric just showed at the highest part of the leg, and jackets embellished with leopard. The whole idea of his collection was to use the utilitarian denim and luxurious denim colored fabrics to make those high end celebrity clothes. 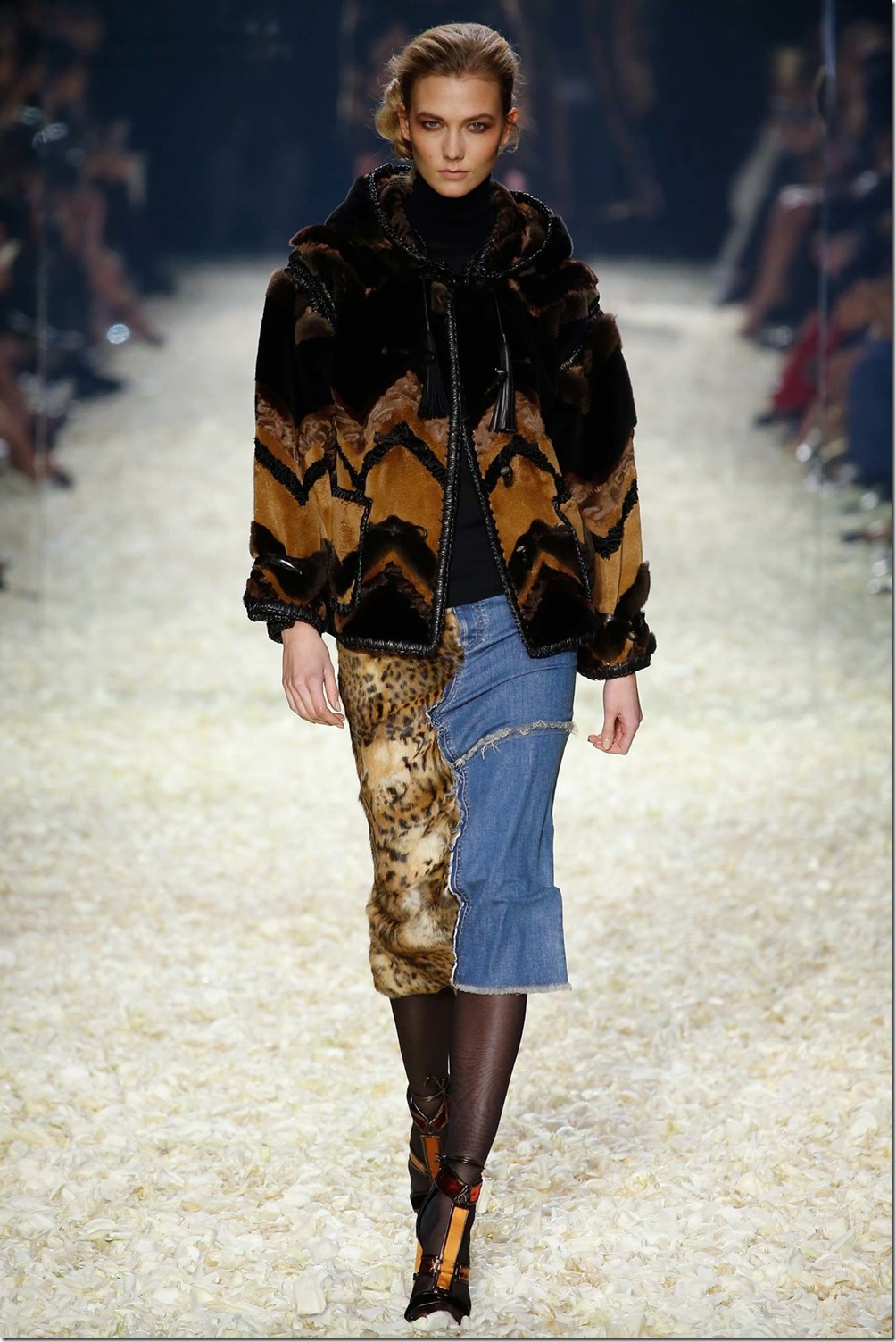 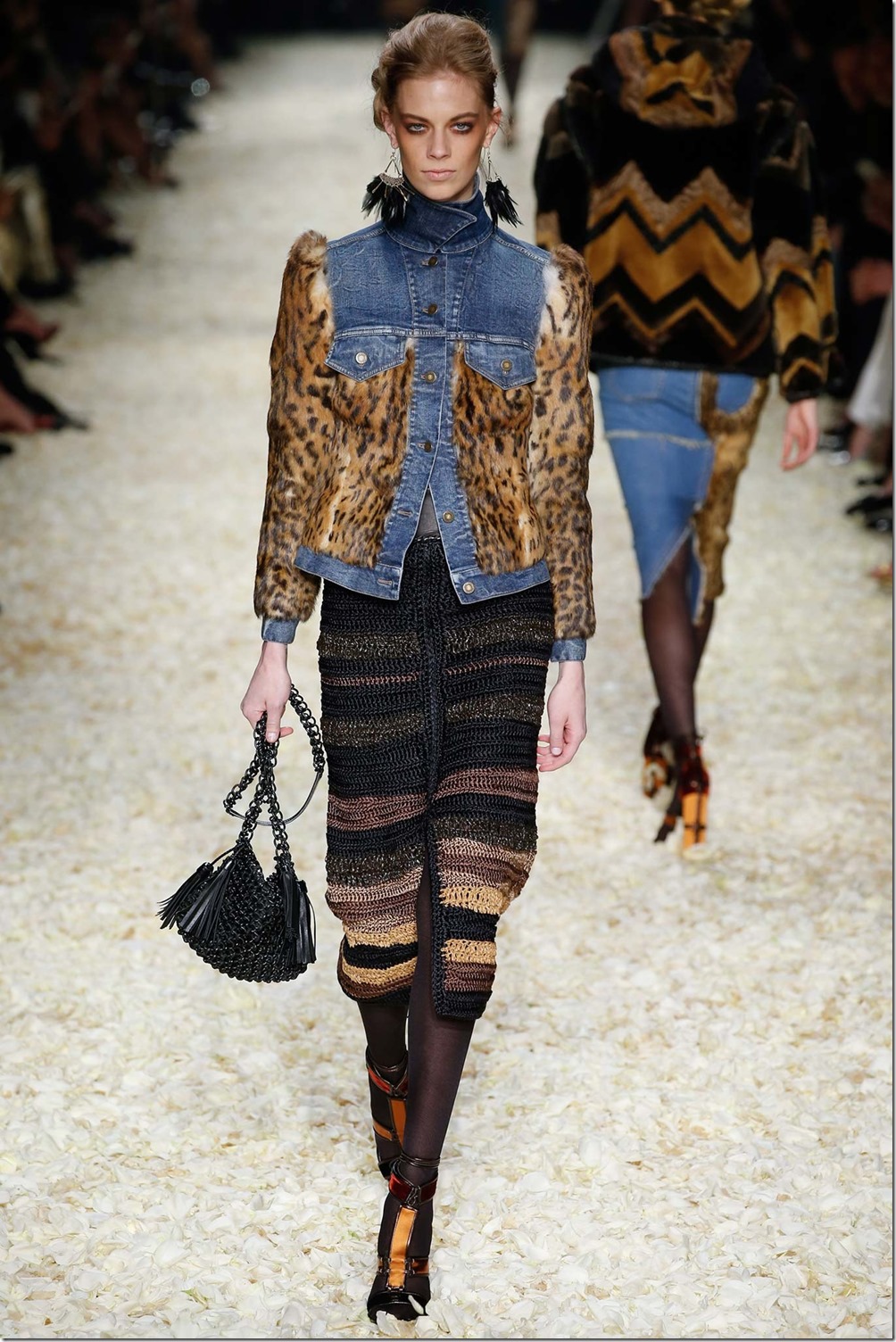 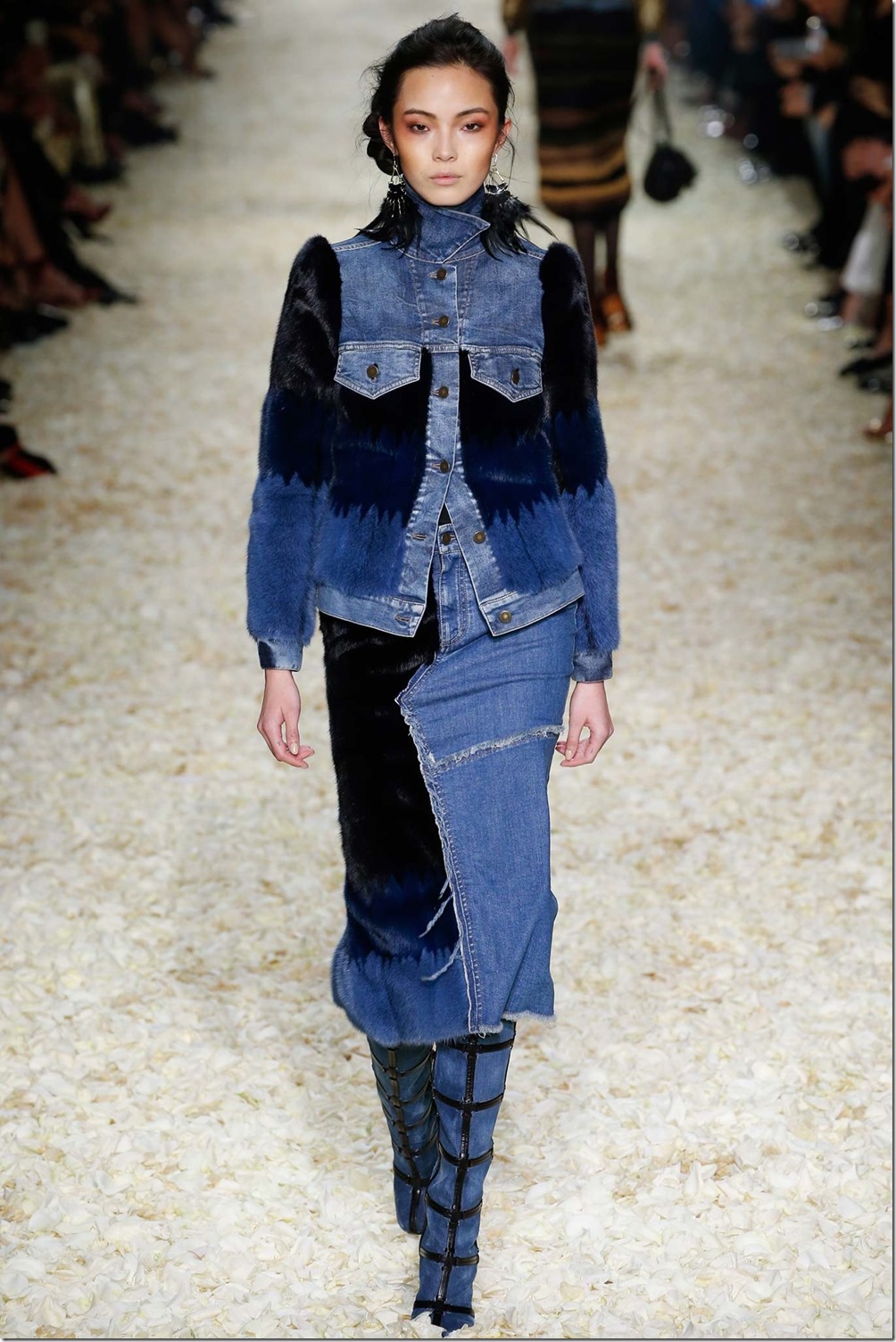 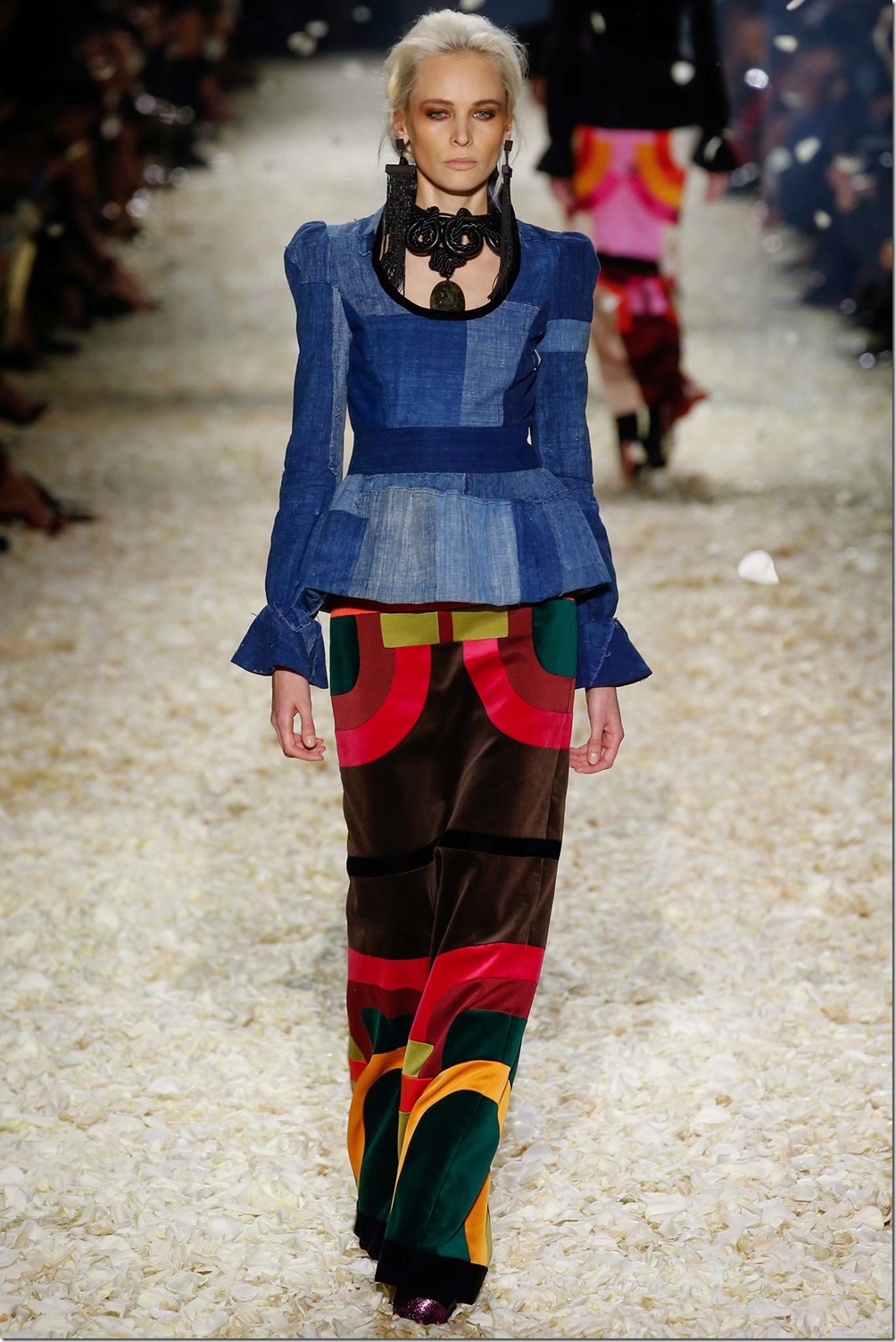 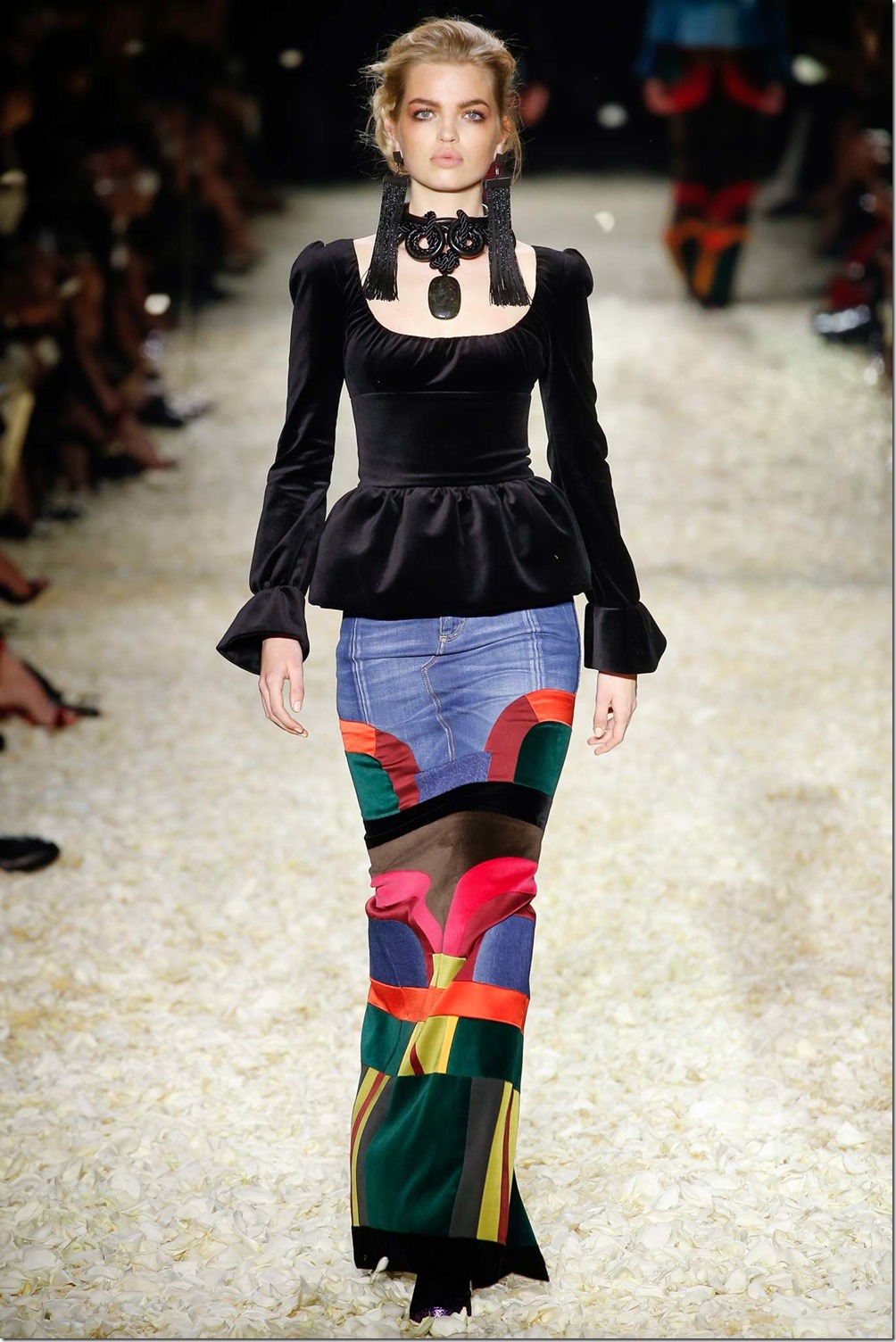 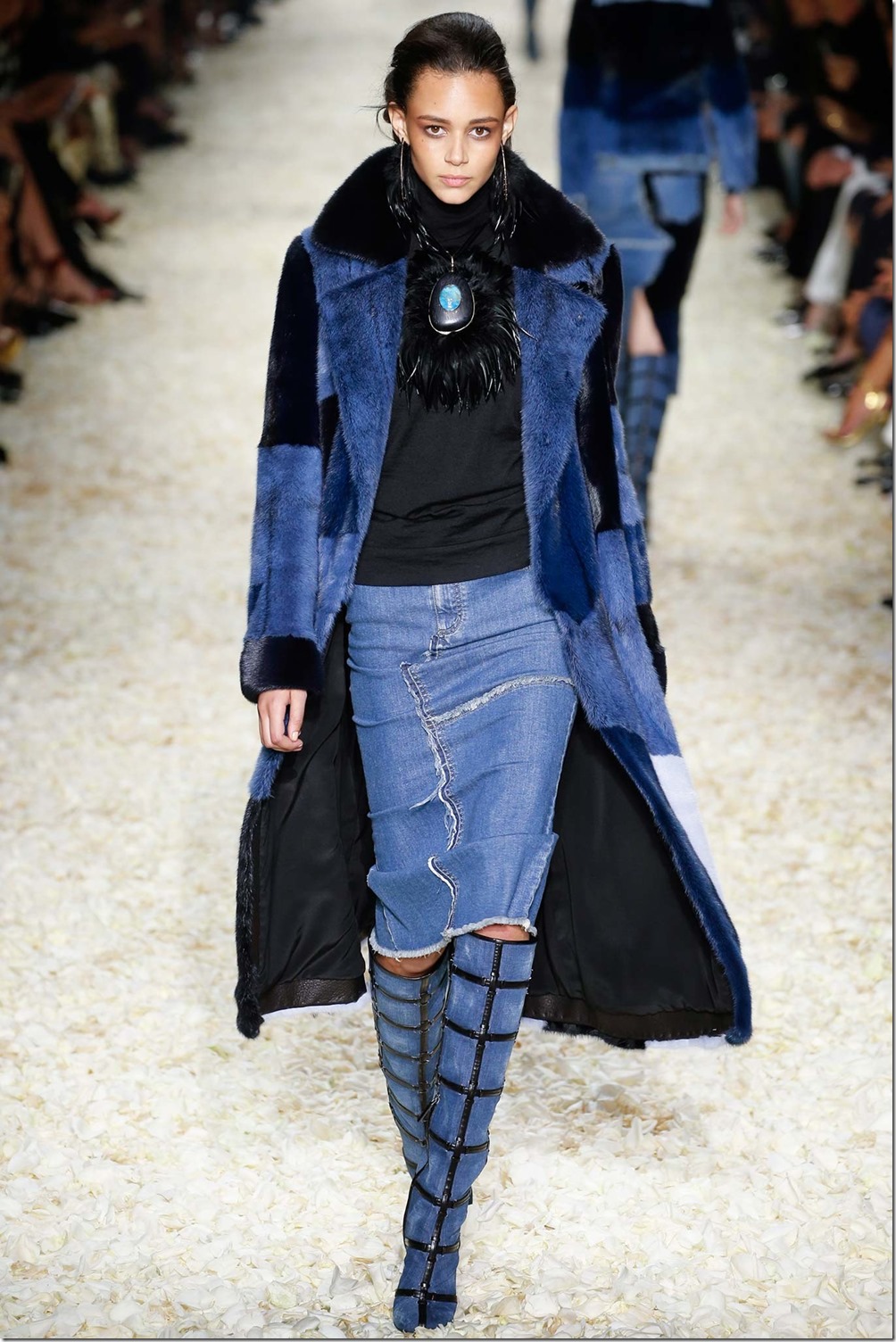 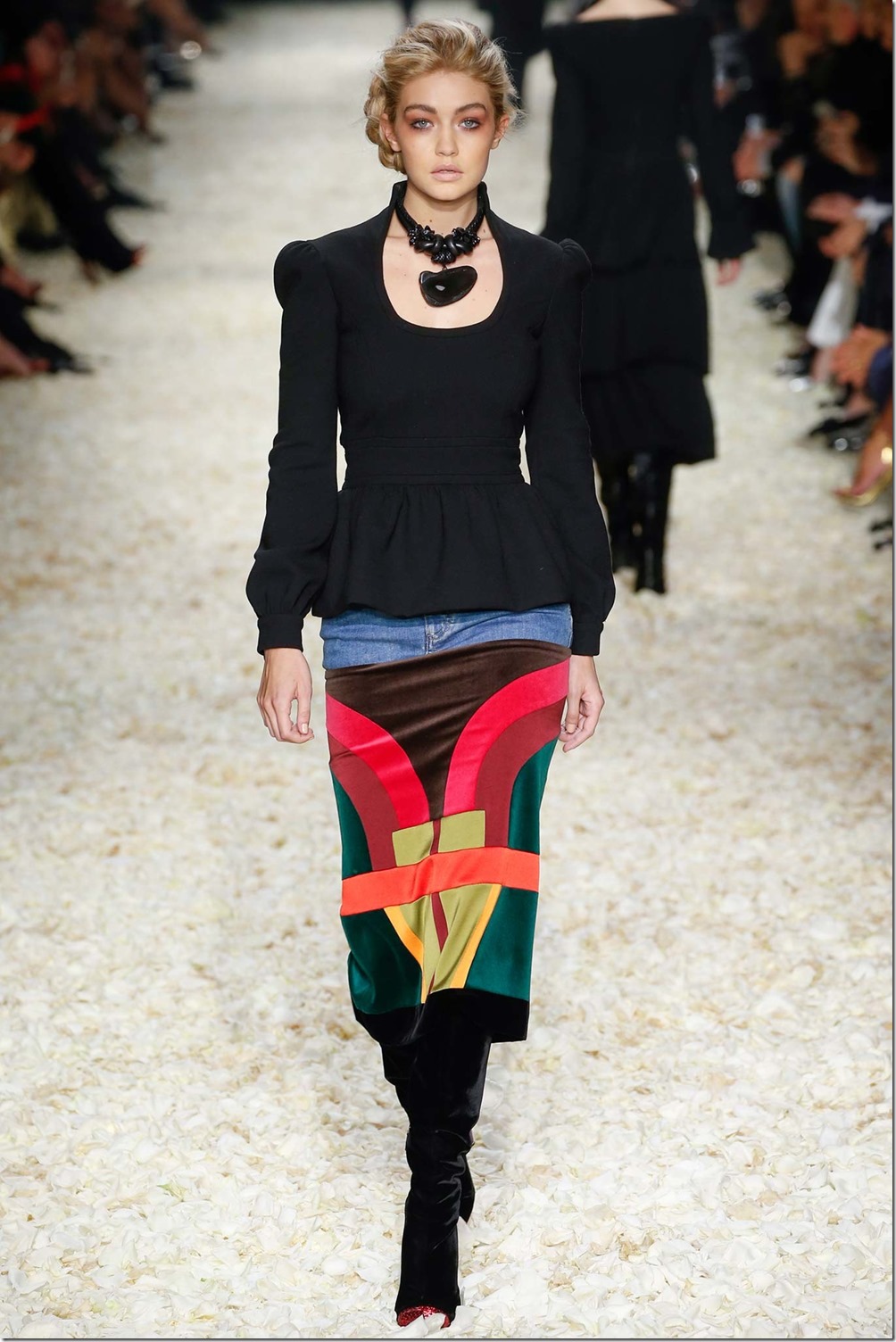