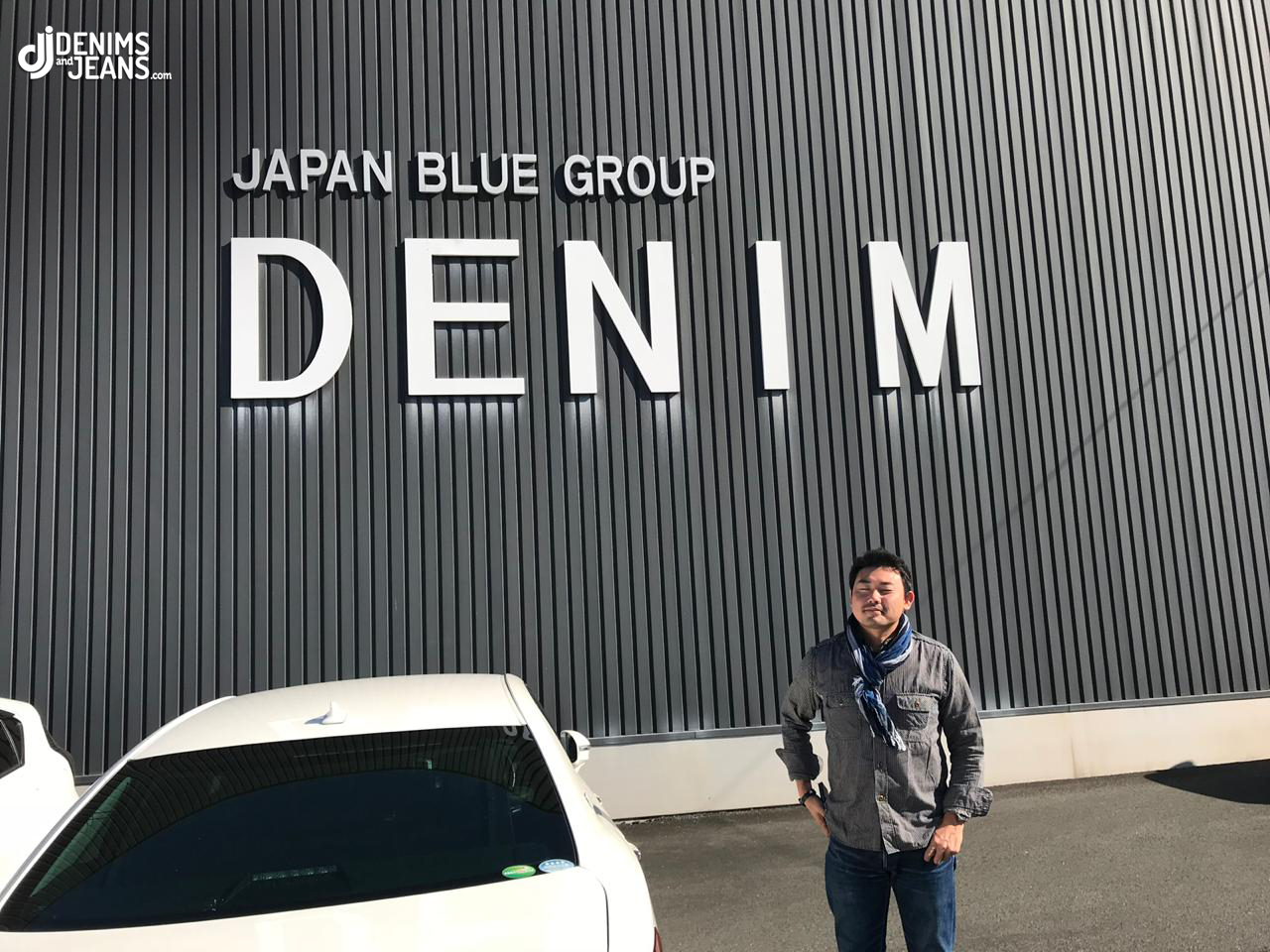 In the recent tour of Japanese companies , one of the most important one was  JAPAN BLUE COMPANY which was founded in 1992 at Kojima, Japan and holding some very famous brands from Japan. Momotaro, Japan Blue , So Life and some other brands from their stable are there out of which Momotaro is the most well known.  In 2006 Momotaro Jeans was launched by Mr. Katsu who is taking care of International Market of Momotaro Jeans since then and in 2008 he brought the Momotaro Jeans into the international market. The company is currently operating in 26-27 countries with over 300 stores.

The company has recently launched Denim Suitings, Customised Jeans and Handwoven Jeans also. Denim suitings are a new concept in the market where the indigo will not fade but will still give the sheen and look of indigo . Handwoven Jeans are made by the oldest technique of jeans manufacturing and has been also claimed that the jeans produced are 100% sustainable. The jeans are hand dyed with 100% use of natural indigo. The entire process took three months due to the traditional method of manufacturing and hence you can’t expect the jeans to be price competitive- they are really expensive ! (click on image below to see the video interview with Katsu Manabe) 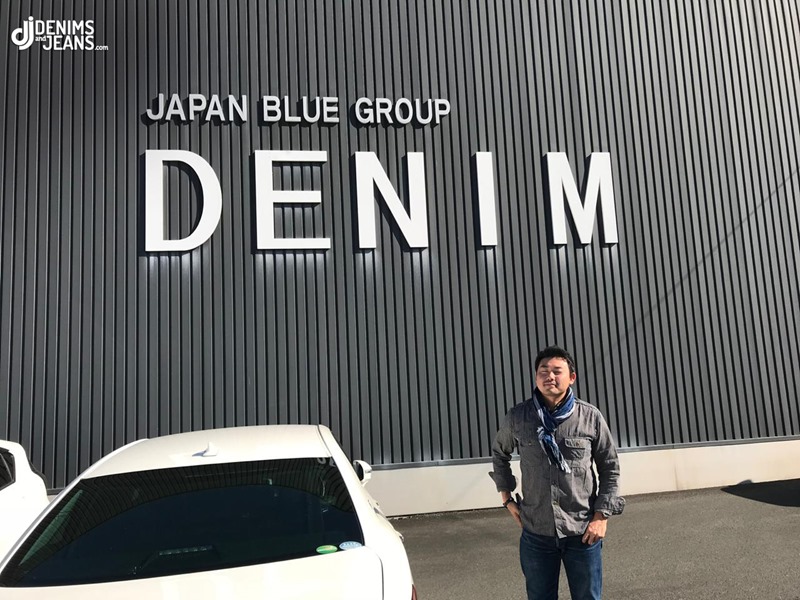 It was a pleasure to check out their manufacturing specially on the Selvedge looms. 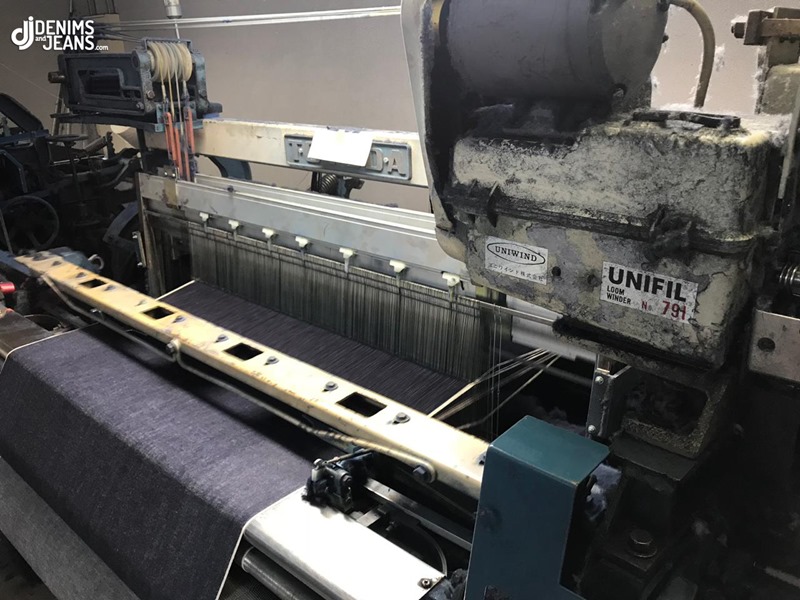 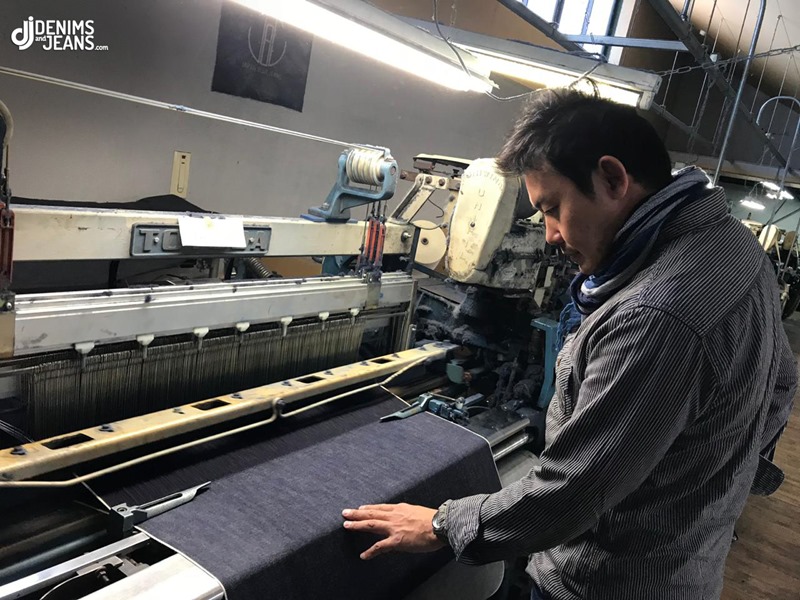 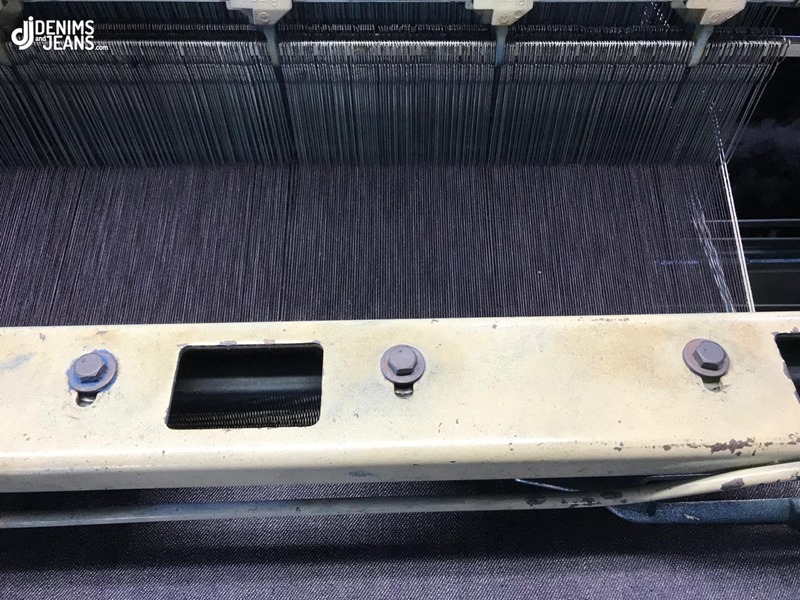 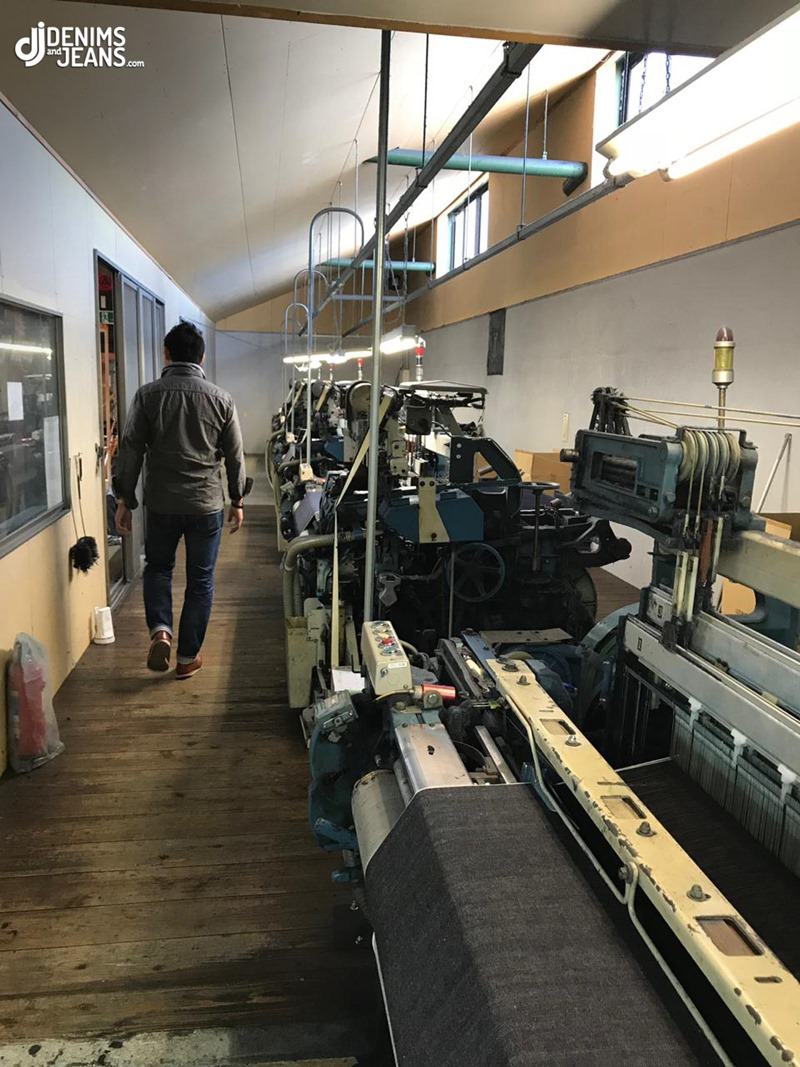 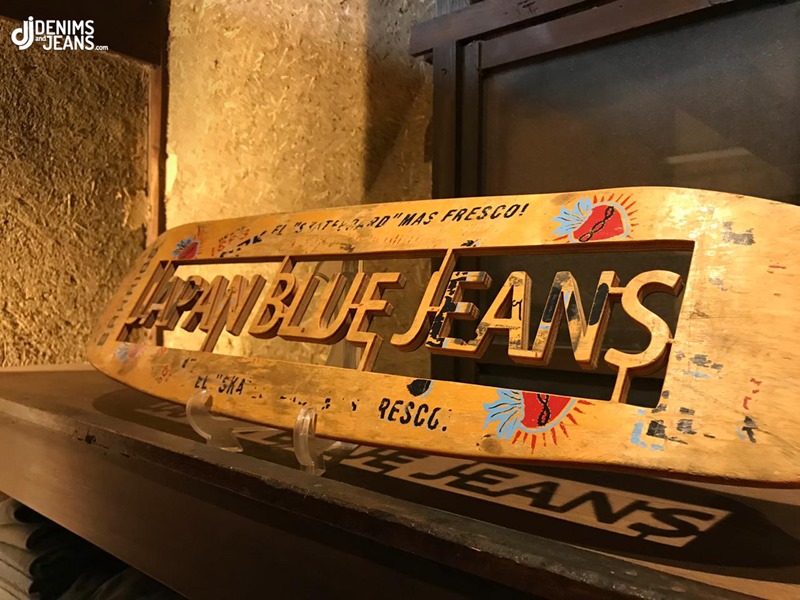 ”Peach Boy” is one of very famous fairytale in Japan, The “legend of MOMOTARO” has been passed  from generations. The legend’s origin is a “Ura” legend which was has been handed down in Soja-city, Okayama. And many places with mysterious history and culture, remain in Okayama. A story of rejuvenation? Today, many people know “MOMOTARO” was born from a peach that came floating down a stream, rolling over and over. However, the popular legend of MO Meiji period was actually a story of rejuvenation. In this version, MOMOTARO was not born from a peach but was born to an old couple who ate the floating pe youth. Story of pursuing the dreams .The rejuvenation version of the “legend of MOMOTARO” was a folk tale for adults and was born as a story representing dreams and vitality to expand from a vast ocean. Since ages long past, people have pursued their dreams in Okayama. MOMOTARO JEANS is also the story of hard-working denim artisans in Okayama who deliver real jeans to the world. 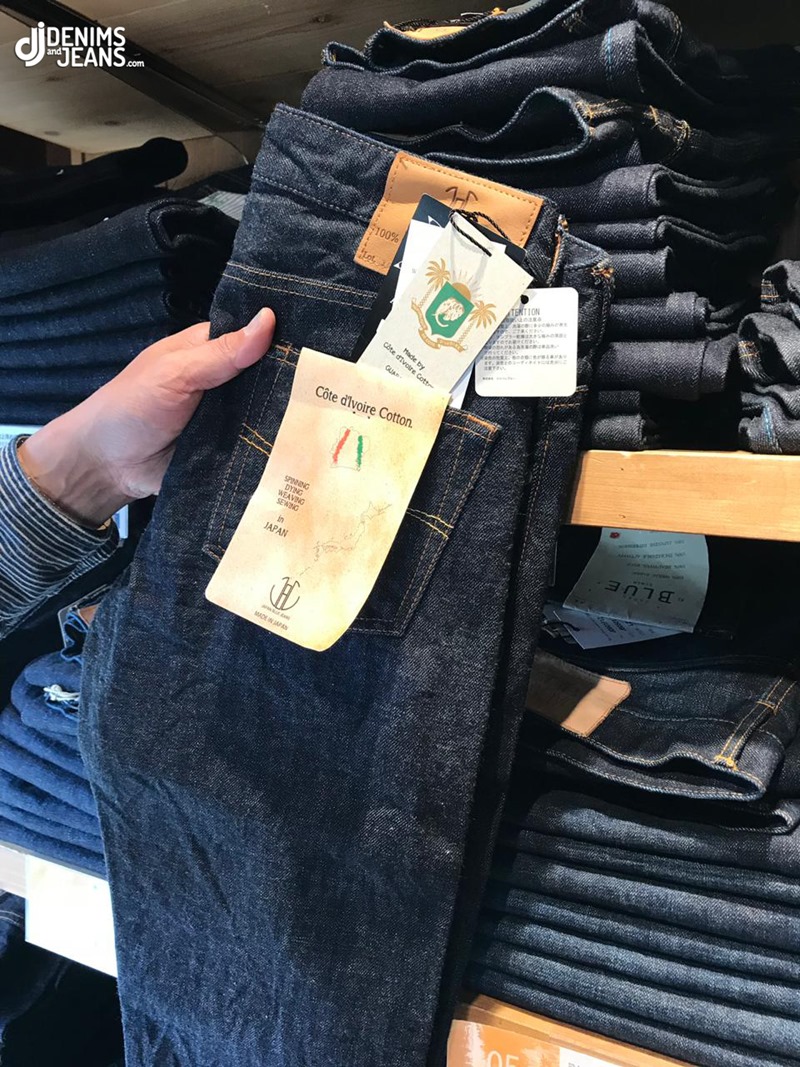 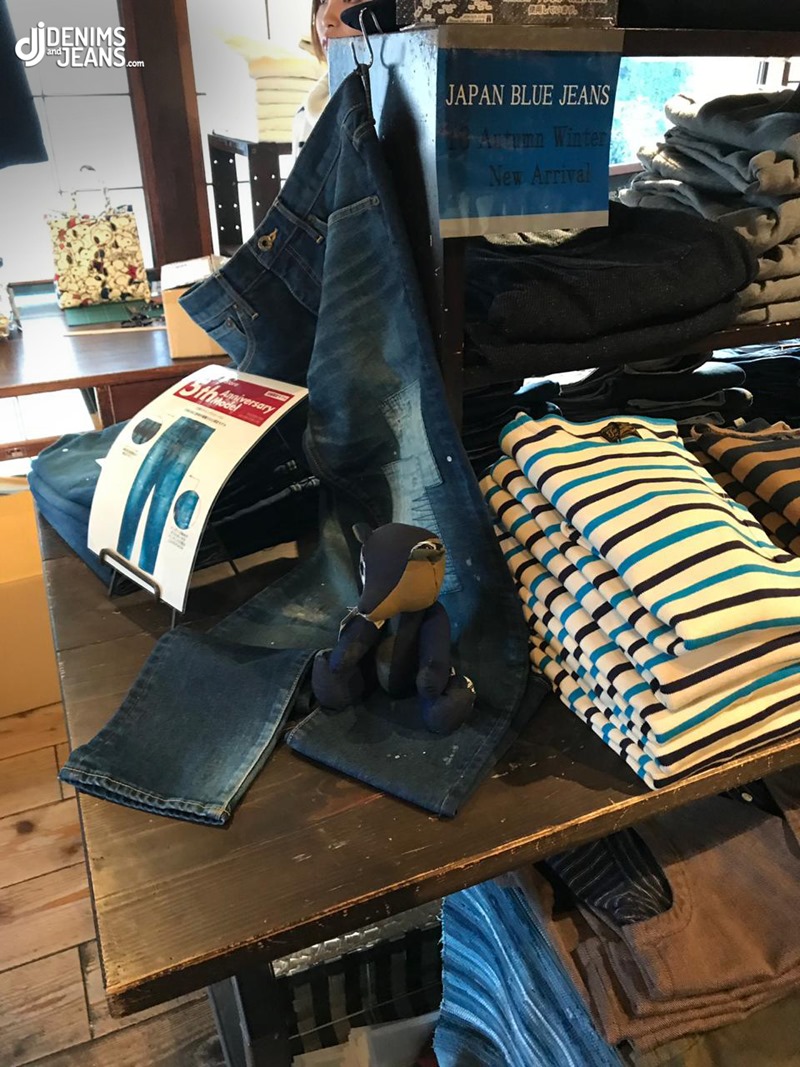 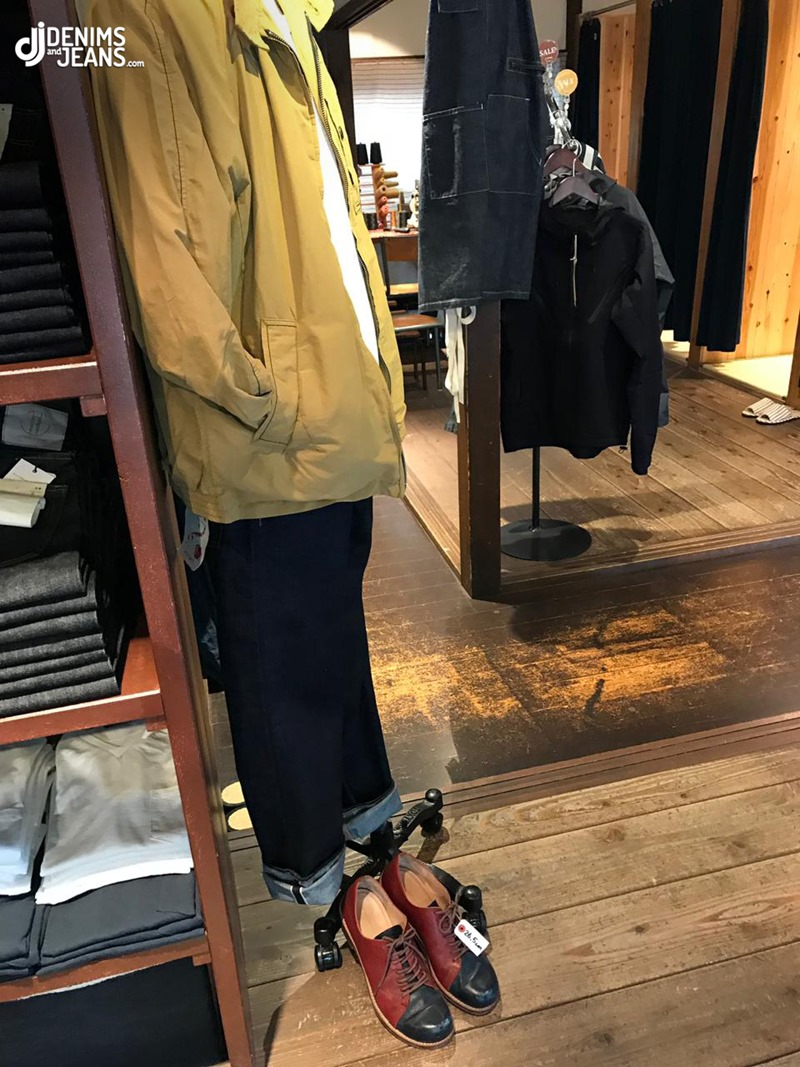 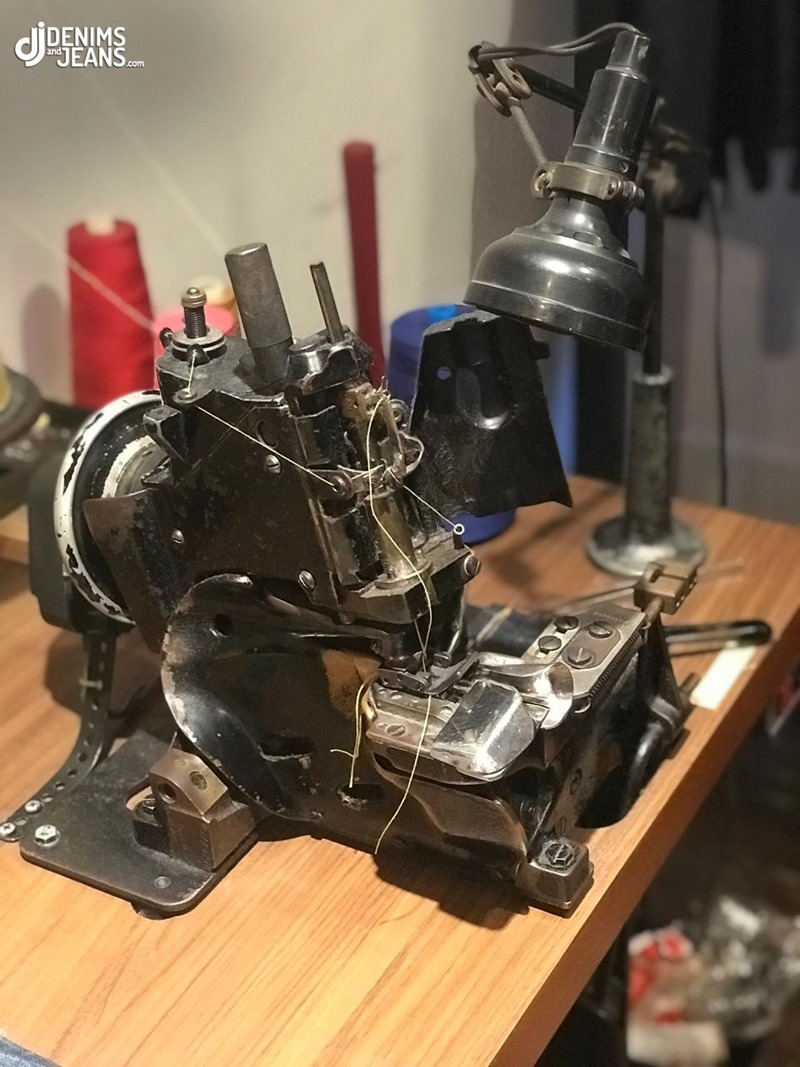 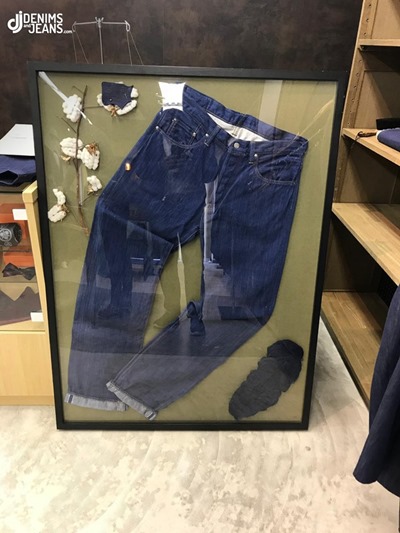 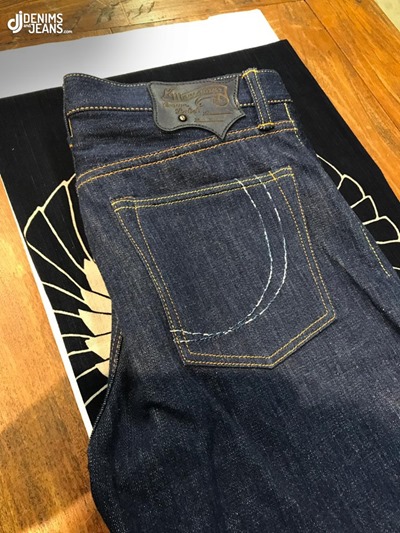 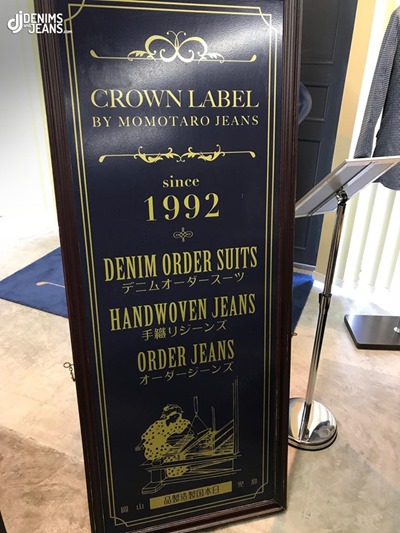 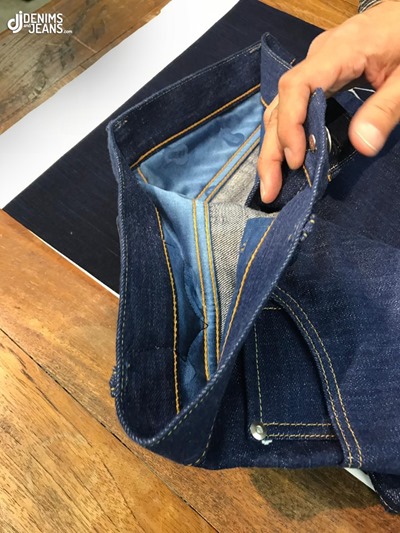 Kojima is an Industrial area surrounded by many factories, this place happens to be meant for only Industries and the workers however if you see it now, one will be blown away the way it has been transformed. Now Kojima has a dedicated Kojima Jeans Street which is designed in such a way that it looks like you are touring any Jeans Festival. Even the whole city of Kojima is branded as a ‘denim city’ where the branding starts at the railway station.  But it wasn’t that easy, Mr. Katsu while explaining the history of Kojima Jeans street said, that his father actually took the initiative to design the entire street. Initially, it was only Japan Blue Jeans and Momotaro Jeans all around the street, later on, Mr. Katsu’s father talked to all the factories around and convinced them to be a part of this street. Mr. Katsu said that convincing them wasn’t easy as most of them were very reluctant to change and not very young. However as some factories joined, and visitors started to visit the street, the rest factories also joined the initiative.

Some very interesting images from the ‘Denim Street of Kojima’. 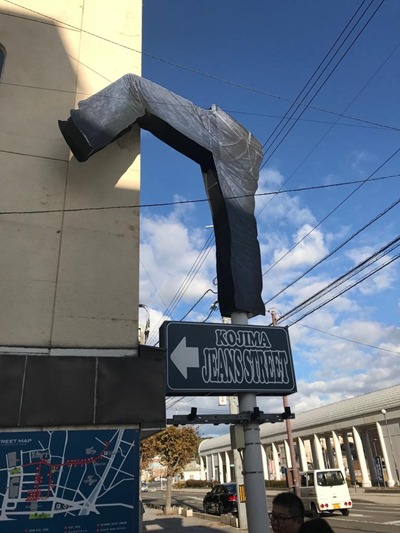 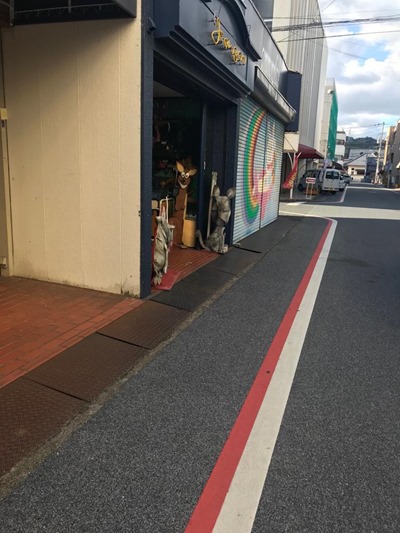 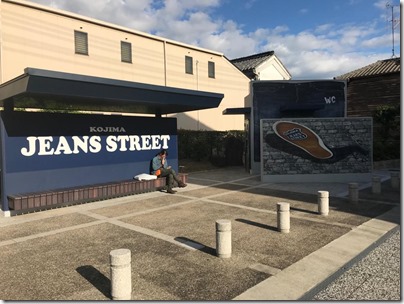 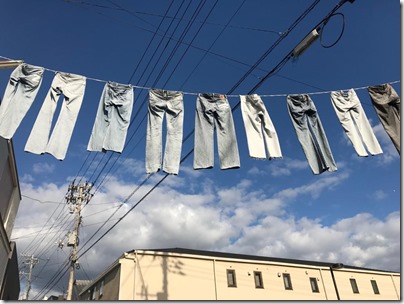 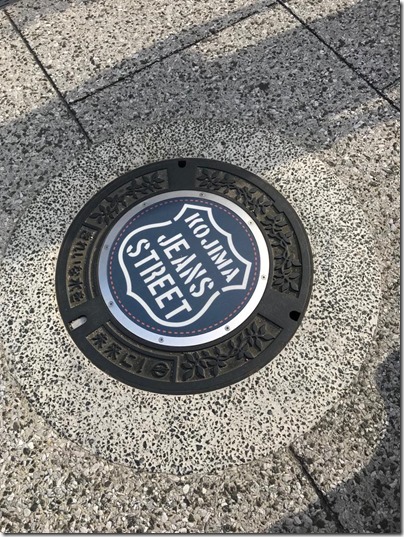 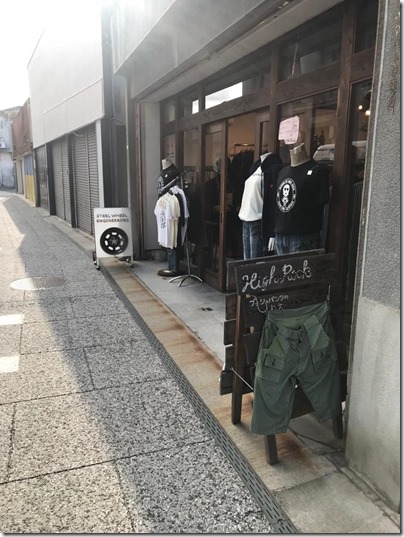 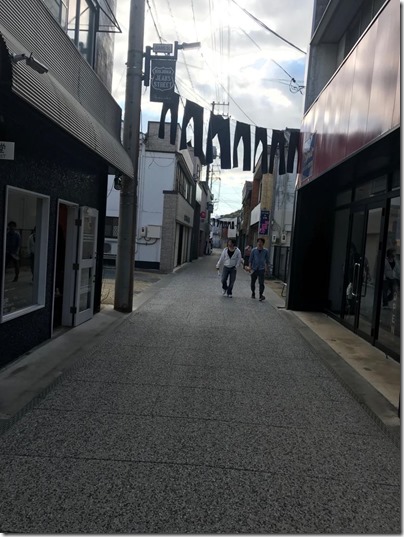 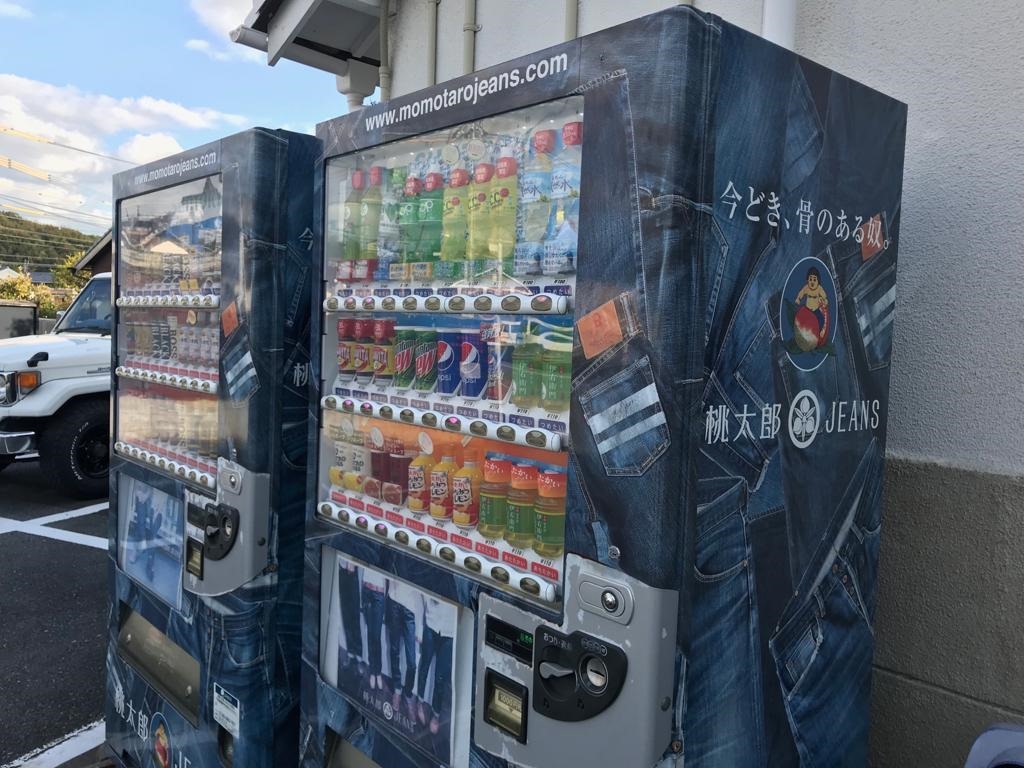 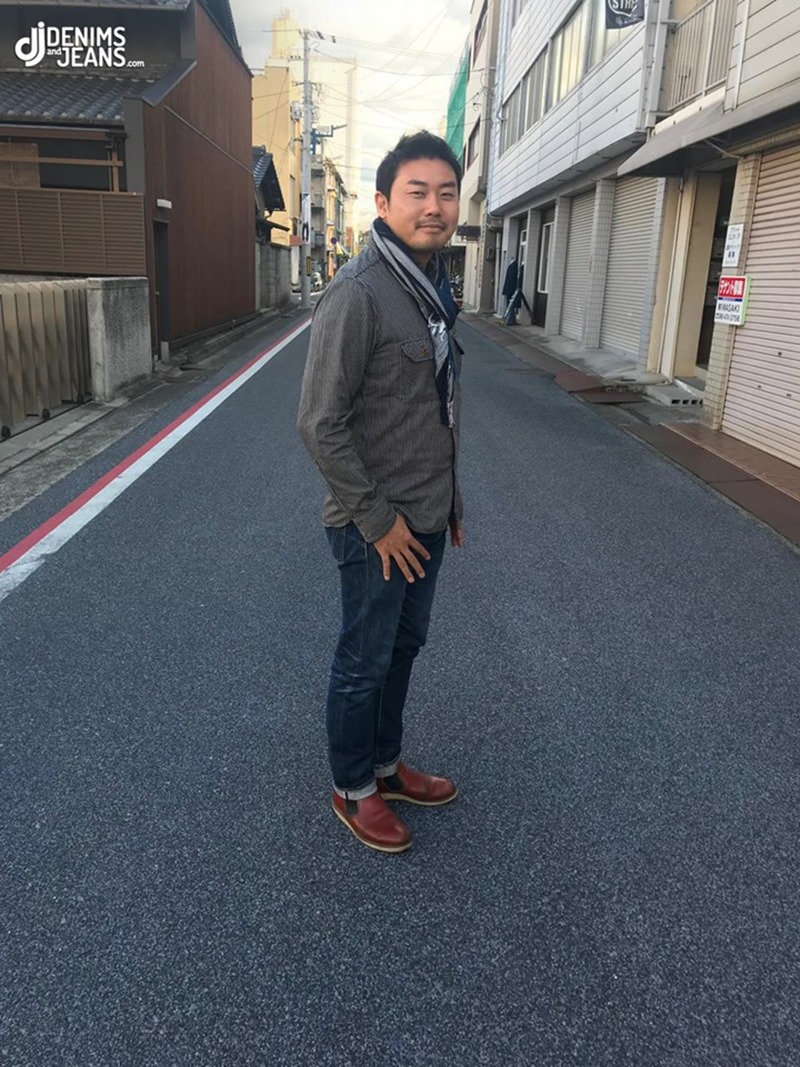 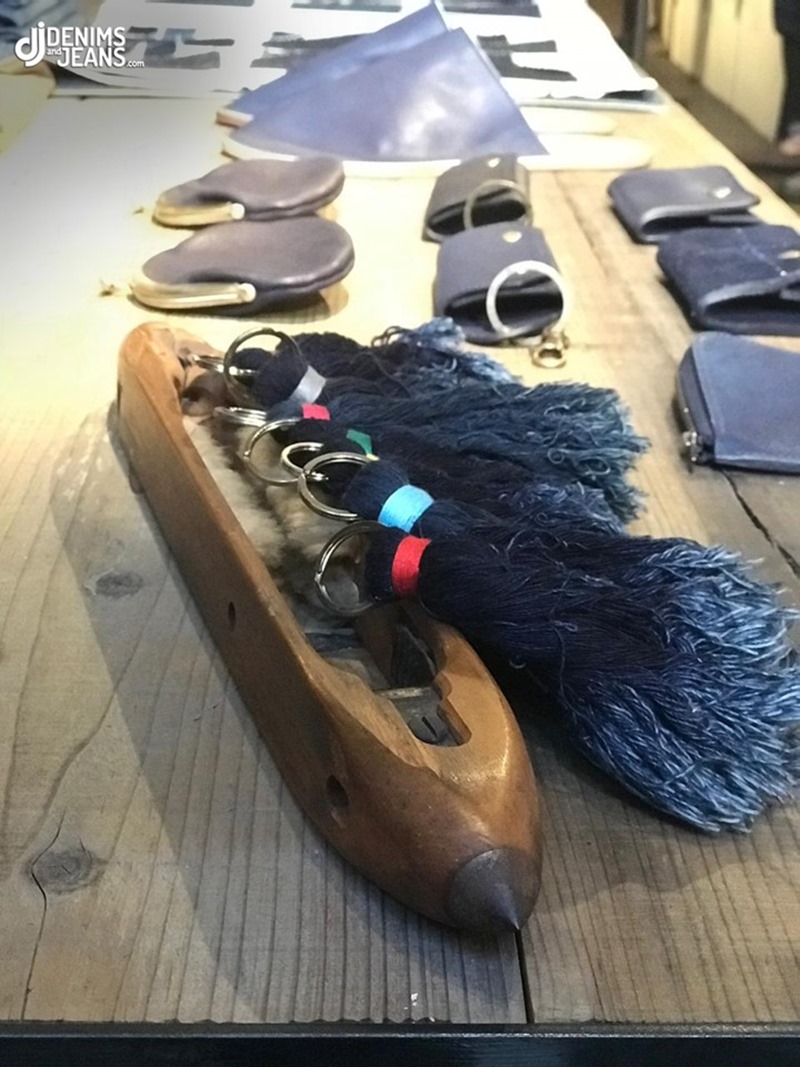 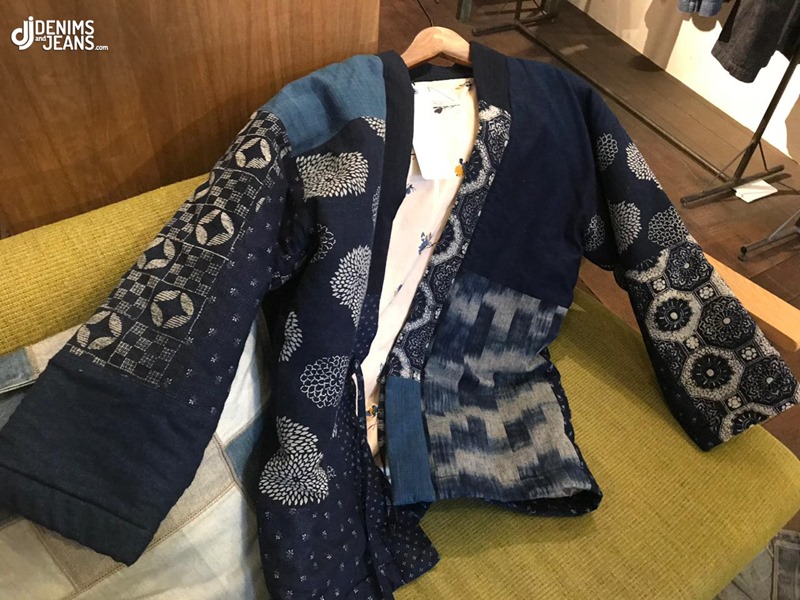 Join us at Ho Chi Minh City, Vietnam on June 12-13 to celebrate the biggest denim carnival of Vietnam. Exhibitors from over 10 countries will be showcasing their latest collection at the show and the latest denim trends will be unveiled at the show. Themed –  MY EARTH MY DENIM- its nature all the way !. For Invitation , register at www.vmshow.denimsandjeans.com/invite.php