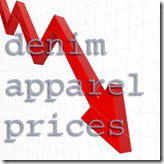 source:us dept of commerce
We can hope that the year 2010 would show an improvement in prices and the volumes as well as the reports trickling in are positive.