Cotton Inc regularly comes out with lifestyle monitor surveys across various countries around the world. In this survey in Turkey(2012) , they come out with interesting facts on denim purchase by Turkish customers. Turkey is already a large denim producing country with both fabric and garment production. Famous denim brands from the country include Mavi, LTB, Cross etc and world  famous fabric producing mills like Orta, Isko etc have their base in Turkey. So how does the consumers in Turkey buy denim … Lets have a look at the highlights from the report. 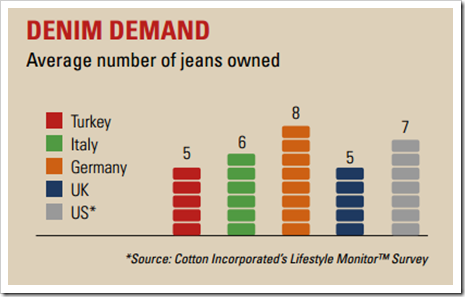 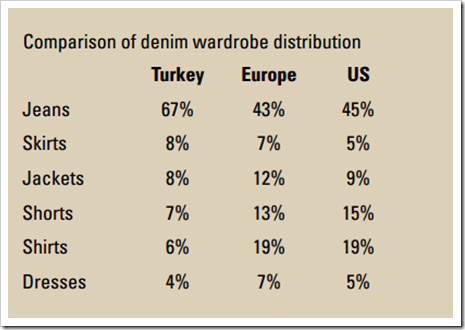 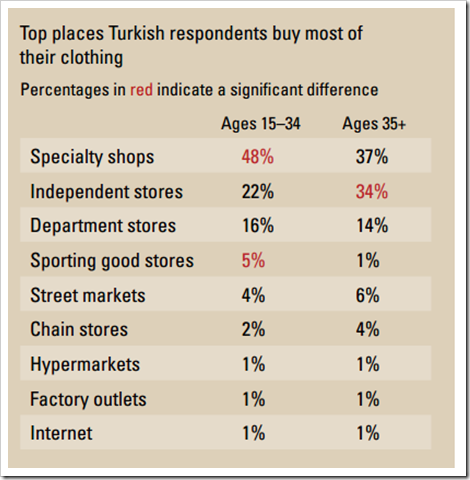 However, internet shopping is still nascent and at a miniscule 1%..

The consumers also showed their preference for cotton clothes but at 75% of consumers saying so, it was significantly lower than those from countries like Germany and UK where almost 85-90% consumers want Cotton…!! 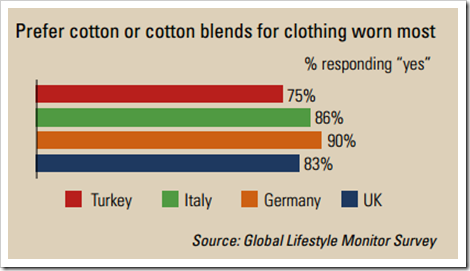