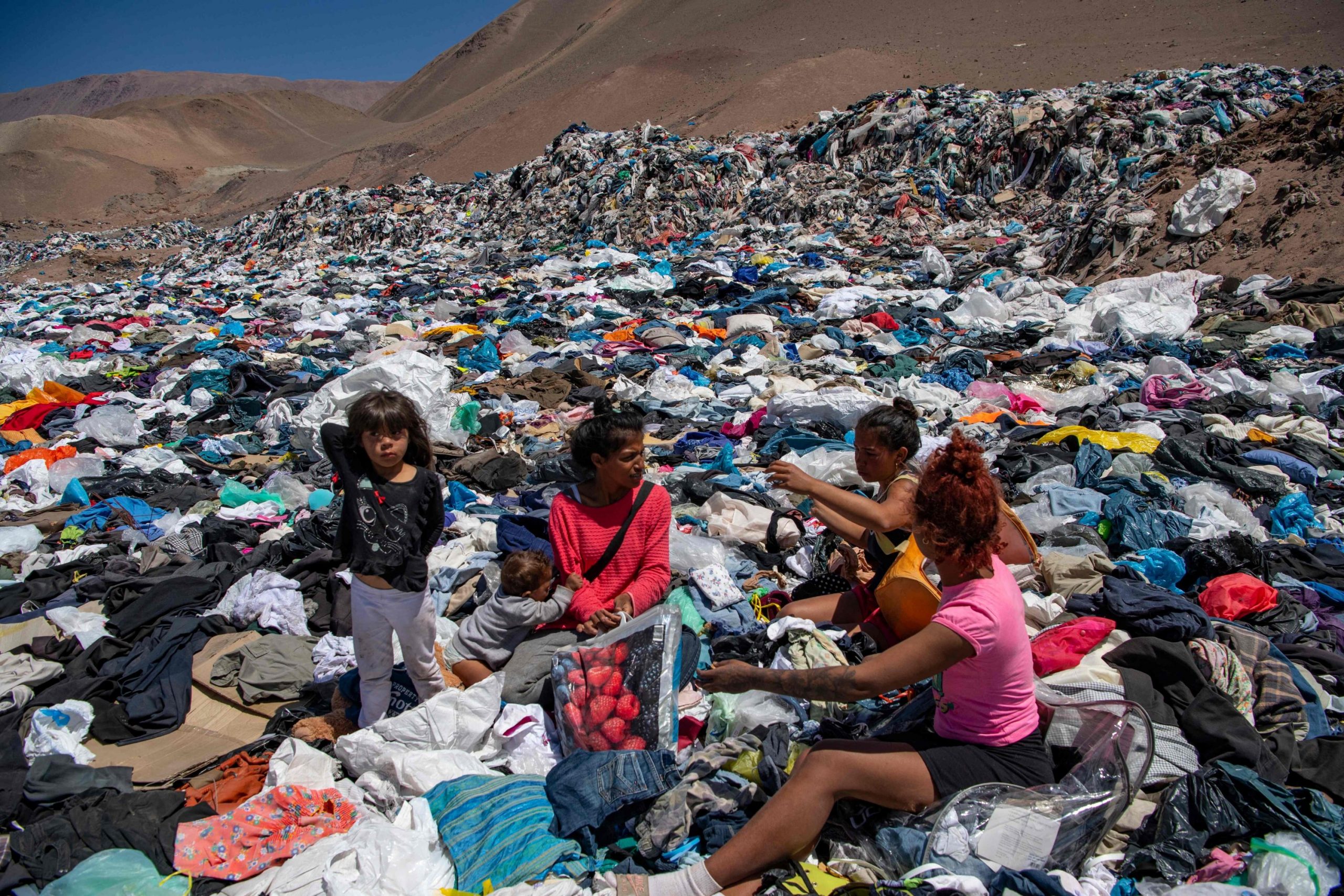 Fast fashion is amongst the most polluting industries on the planet. While child labor and human rights problems in textile manufacturers are well-known, the damage to the environment produced by these industries is rarely discussed. A recent report from BBC brought out the damage caused to the Chilean desert by these leftover fast fashion clothes. See the video here :

Images have surfaced of unending heaps of clothing strewn throughout Chile’s Atacama desert, an unusual sight in the world’s driest desert and a direct outcome of the fashion industry’s global consumption.

Clothes created in Bangladesh and China are often shipped to the United States and Europe, and if not purchased, are shipped to Chile’s Iquique port, where they are sold to other Latin American countries. However, not all are sold, and each year 39,000 tonnes are dumped on the desert.

Clothing “arrives from all over the world,” according to Alex Carreno, a former employee of the Iquique port’s import area. When the cargoes can’t be resold across Latin America, most of the garments are discarded, according to Carreno. Because no one pays the requisite tariffs to take it away, ‘anything is not sold to Santiago or transported to other countries remains in the free zone.’

“The problem is that the clothing is not biodegradable and has chemical products, so it is not accepted in the municipal landfills,” said Franklin Zepeda, the creator of EcoFibra, a startup that tries to produce insulation panels out of recycled clothes. Since 2018, Zepeda’s company has used textile waste to make thermal and acoustic building insulators, and he told the AFP (Agence France-Presse)  that he wants to “stop being the issue and start being the solution.”

Clothing manufacturing has risen in the last two decades, according to a UN assessment, and the sector is “responsible for 20% of overall water waste on a worldwide basis.” The production of a single pair of jeans has been traditionally thought to use 7,500 gallons of water – though in recent years there have been efforts to reduce that . But to change the whole supply chain is not such an easy game !

According to the researchers, apparel and footwear manufacture accounts for 8% to 10% of global carbon emissions, and every second, a quantity of textiles equivalent to a garbage truck is buried or burnt.

Non-burned clothing can take up to 200 years to biodegrade, harming the environment by releasing chemicals into the air and subterranean waterways.

While fast fashion is inexpensive, it is very damaging to the environment.

For one thing, according to the United Nations, the fashion business contributes for 8 to 10% of global carbon emissions. In 2018, it was discovered that the fashion sector uses more energy than the aviation and shipping industries combined. Every second, the equivalent of a trash truck’s worth of clothing is burnt and dumped, according to researchers.

And the rate at which people buy clothes in the twenty-first century does not appear to have slowed. Clothing manufacturing quadrupled between 2004 and 2019, according to figures from the Ellen McArthur Foundation, a UK-based think tank and circular-economy organization.We have also seen how after a low of 2020, the consumers jumped back to purchase clothing in 2021 – belying expectations that more responsible consumer purchase patterns might set in.

It’s time to take a look at how we feel about fast fashion. The problem with boycotting fast fashion is that it unfairly burdens the typical customer financially and morally. Not everyone has the financial means to shop ethically since it might be costly.

It’s really the influencers with the never-ending clothes hauls, the mentality of never wearing the same thing twice, and the desire to buy a completely new outfit for every occasion and then leave it gathering dust in your closet.

Fast fashion promotion has persuaded us that we need new clothes on a regular basis in order to remain current, beautiful, and confident. Why are we allowing this to happen?

There are many ways to combat the industry for those of us who have the luxury of choosing where we shop, whether it’s buying one good quality winter jacket instead of ten cheap disposable ones, supporting small businesses over large fashion chains, or acquiring knowledge to up-cycle some of the items of clothing we already own. Mindfulness is crucial.

Chile, the richest country in South America, is notorious for its residents’ ravenous consumption. World is changing, according to Rosario Hevia, who founded a boutique to recycle children’s clothes before creating Ecocitex in 2019, a firm that makes yarn from waste fabrics and worn-out apparel. Neither water nor chemicals are used in the procedure.

She also added, “For many years we consumed, and no one seemed to care that more and more textile waste was being generated.” “But now, people are starting to question themselves.”