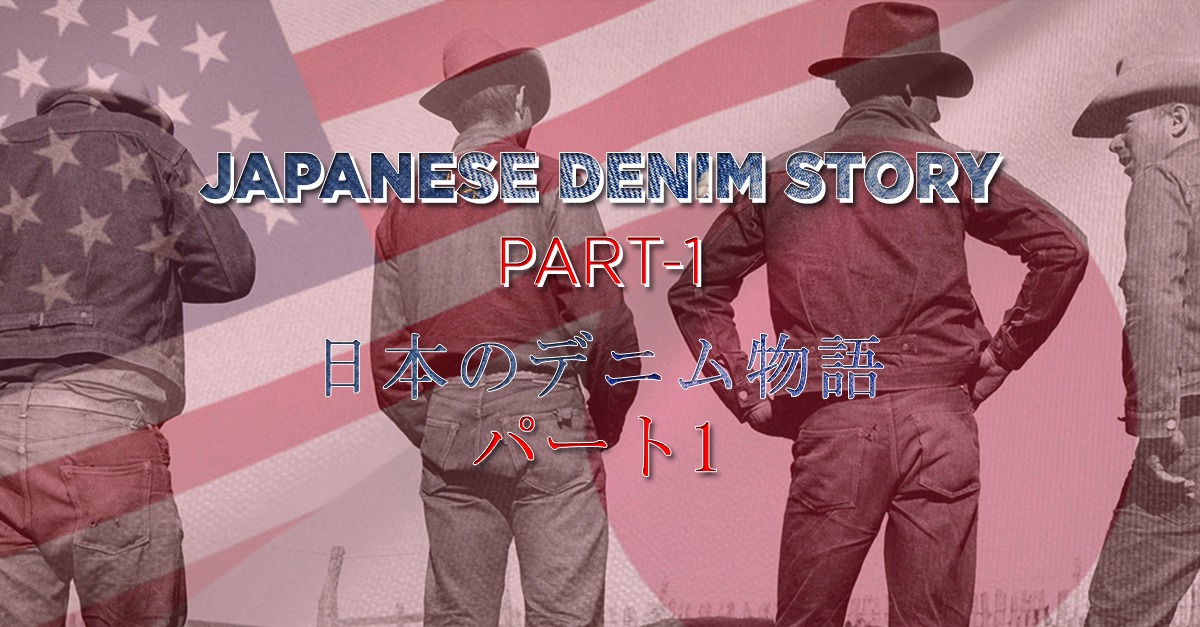 In 1950s , years after the war , some stores in Tokyo specialized in reselling American military garments. One such store – MARUSERU in Tokyo’s Ameyoko district , was specializing in the same. During these years, American soldiers would pay pan pan girls in old clothing rather than in cash and these girls would immediately rush to stores like Maruseru to sell them off.  And many of these would be the Blue Jeans !  In absence of a better description, Hiyama – the owner of Ameyoko stores , named them as G.I.Pants and shortened to jipan (G-Pan) . And these jeans became a big part of Maruseru’s sales. They used to buy a pair of these jeans at 300-500Yen and resell at over 3000 Yen ! . To put this into perspective, the price of Uniqlo jeans in Japan currently ranges  between 3000-4000 yen !! And the jeans would sell out before price tags were put on them . Many boxes sent from US to their family members in Japan used to be wrapped in torn-up jeans as packaging material. The stores hired trailers to redo these jeans and make them sellable and even these would sell out immediately !
The new jeans were still not available in Japan and people longed for jeans what they saw in American movies – something very crisp and fresh.  The import regulations did not allow new jeans to be imported for some years but when in 1957, the imports opened up, there was a flood of newly stitched jeans as big traders jumped the opportunity to import newly stitched jeans .

This is what proved to be anti climax. The newly imported jeans were not worn , were stiff and dark and did not seem to be close to what the Japanese were used to looking at as jeans. The old used jeans still continued to outsell the newly stitched jeans by 10 to 1 and at a higher price . This is when some innovative people like Yasushiko Kobayashi from Men’s Club did his own home laundry washing and manual scraping to get some effects and get the jeans close to what it looked like in the movies !

The business was getting affected by cheap  imitations, high price and other inconsistencies. This is when Maruo clothing President Ozaki decided to try to make the first Japanese jeans and started dissecting American jeans closely. To their surprise , they found that the indigo did not go deep inside the yarns  of the jeans and the core was left white. While the Japanese were adept at Indigo dyeing for thousands of years, they dyed the cloths multiple times saturating the core also with the indigo . At that time , it looked impossible to achieve that look and Ozaki decided to import fabrics directly from USA. And this started the journey which brought the first few thousand yards of American denim fabric to Japan in 1965 from Canton Mills.  But when the factory workes started to stitch the jeans , they found that it was impossible to stitch into such a hard fabric . Besides, the orange thread , zippers and rivets were also special and not to be found locally.

The story and plot gets more interesting . Lets catch up for more in the 2nd part of Japanese denim story .
And for our love of all things denim and Japanese, our next denim show will be in Japan on Nov 1-2 . Do visit the show to meet some exclusive Japanese and International companies and get the flavor of Japanese denim. Register to get invite Japan.denimsandjeans.com/ , Exhibitor list : https://japan.denimsandjeans.com/exhibitor-list