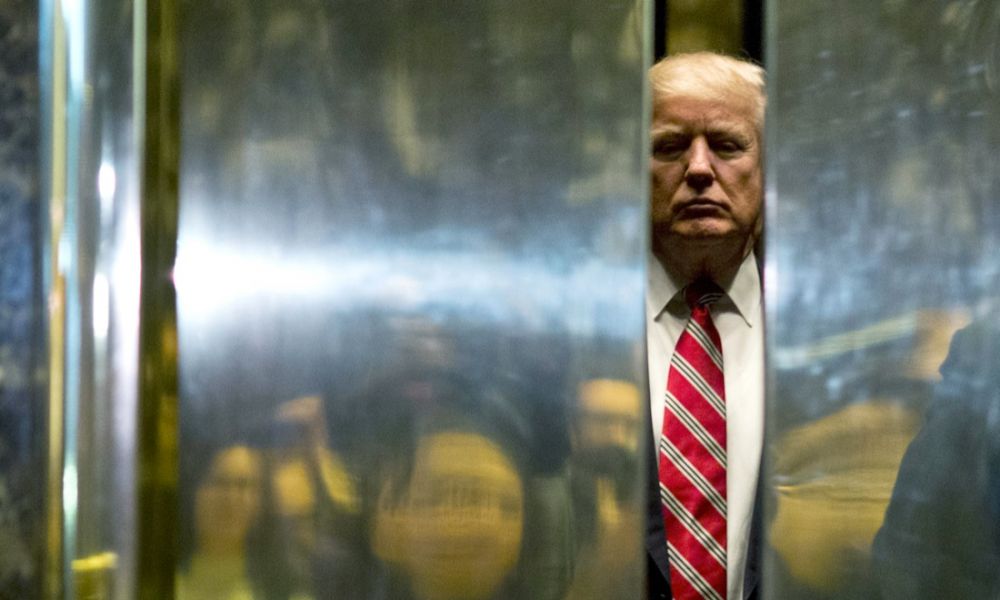 The much awaited TPP is on the way and is going to be signed on March 8 in Chile despite President Trump ditching it. After the unprecedented exit of US from the TPP , its fate was in jeopardy but due to continuous efforts by all the remaining stakeholders , TPP  finally seems to be coming into picture and even without the United States, the rewritten pact will create a market of 495 million people and a combined annual economic output of $13.5-trillion (U.S.) or 13.4 percent of global GDP, While this is significantly less than the TPP’s combined $28 trillion and 36 percent of global GDP, it will still be one of the biggest trade agreements in the world. The North American Free Trade Agreement (NAFTA) totals about $20 trillion; the European Union $19 trillion; South America’s Mercosur $3.5 trillion; the Association of Southeast Asian Nations Free Trade Area (AFTA) $2.5 trillion; and the Common Market for Eastern and Southern Africa (COMSEA) $655 billion. Even though it is smaller than it was, the CPTPP is clearly one of the largest trading agreements in the world.

After the US , initially Canada looked little skeptical about the treaty however after addressing all issues of Canada, they agreed to sign this year . Japan took the driving seat and persuaded all the issues of all the countries –  Canada ,Australia, Brunei, Canada, Chile,  Malaysia, Mexico, New Zealand, Peru, Singapore, and Vietnam, and have reached a deal on a new Pacific Rim trade accord that does not include the United States.The new TPP deal will help Canada diversify trade away from the United States, where economic relations under the protectionist Trump administration have made it difficult for businesses to invest in selling to Americans. Though significantly smaller since the United States pulled out, as measured by GDP and trade, the new Comprehensive and Progressive Agreement for Trans-Pacific Partnership (CPTPP) is still a powerful pact in its own right.

In the first executive action of his presidency, Trump withdrew from the TPP, signaling to the world his commitment to his “America First” campaign promises. Since then, his administration has been seeking (with scant success) to promote bilateral trade deals, renegotiate existing trade deals, and impose trade restrictions to “level the playing field” for American businesses. Such actions have left the United States isolated on global trade map, as the rest of the world has continued on with multilateral deals, notably the Japan-EU and EU-Mercosur agreements. The Trans-Pacific Partnership was meant to be the crowning jewel in a new age of global trade, writing “the rules of the road for trade in the 21st century.” Since Trump’s reversal, that new age of global trade had been called into question.

But now the TPP is back and, barring a few bumps along the way, seems to have everyone’s commitment. So what is new about it, and what has stayed the same? 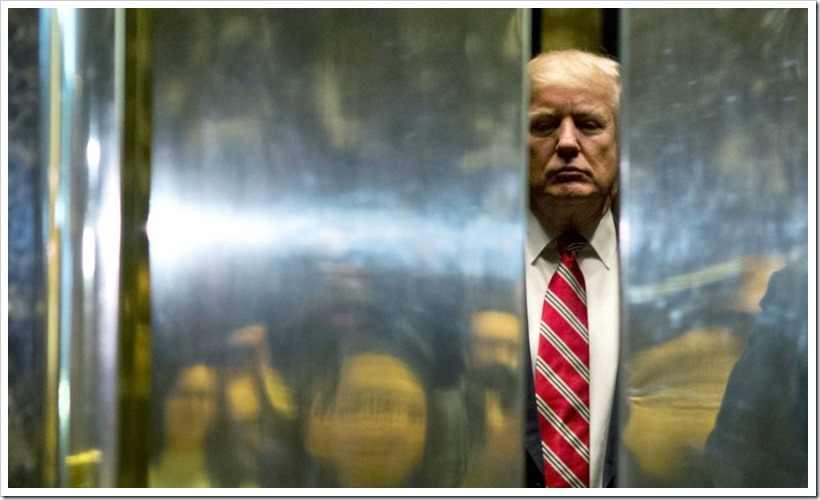 Why Trump Withdrew From TPP?

The removal of these two provisions highlights what happens when the United States is not involved in regional affairs: the region moves on without it. The United States under Presidents George W. Bush and Barack Obama were the prime advocate for the two heavily unpopular provisions. Under President Trump, the remaining 11 members of the TPP were able to cast off policies they considered harmful to their economies and governments.

When Trump pulled out of the TPP last January, the deal was widely panned as doomed. Yet now the deal is back and less controversial to its signing members. Far from being dead, the CPTPP perhaps signals a new chapter in global trade, one without the United States.

A major shift came recently  when Trump said in an interview on the sidelines of the World Economic Forum in Davos, Switzerland, that he would consider rejoining the TPP if the U.S. could strike a “substantially better” agreement.In his address  to the annual gathering of government and business leaders in the Swiss resort, Trump reiterated that he was open to the prospect of negotiating a multilateral trade deal with TPP members “if it is in the interests of all.”

Experts in U.S.-Asia relations say a Jan. 23 agreement by Japan and the 10 remaining TPP signatories to promote a revised version of the deal without the United States — a so-called TPP 11 — appears to have propelled Trump to alter his approach to the agreement amid fears that Washington may “lose out” if others move ahead with trade deals. 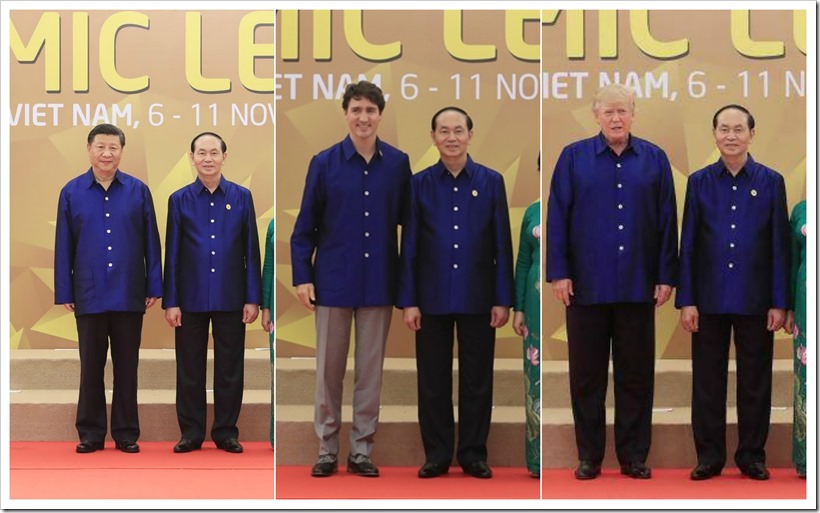 Reactions From US Think Tanks

“I believe that the ability of the 11 TPP countries to reach a final agreement has influenced the American calculus,” said Mireya Solis, a senior fellow at the Brookings Institution think tank in Washington. “The notion in January 2017 was that if the U.S. was out, TPP was dead. The world turned out to be very different as the other countries were not deterred in bringing TPP to fruition,” Solis said, hailing efforts by Australia, Brunei, Canada, Chile, Japan, Malaysia, Mexico, New Zealand, Peru, Singapore and Vietnam to sustain the deal.

Citing Trump’s talks with members of Congress, state governors and business leaders, who warned of the U.S. being locked out of trade deals such as TPP 11 and a free-trade agreement between Japan and the European Union, James Schoff, a senior fellow at the Carnegie Endowment for International Peace think tank in Washington, said the latest development “is partly what prompted Trump’s comments. I think some people told Mr. Trump that the U.S. is in danger of ‘losing out’ if others move ahead with trade deals,” Schoff said. “So he’s trying to avoid losing.”

One of the key factors that has changed Trump’s views on the pact is that “China’s economic aggression has intensified globally,” David Malpass, U.S. undersecretary of the Treasury for international affairs, was quoted by the Wall Street Journal as saying Saturday.

Schoff also argued Trump’s apparent TPP overture may be an attempt to slow the process to bring the TPP 11 accord into force. But such a maneuver, he said, is unlikely to work “because Mr. Trump does not have much credibility on this issue.”

Japanese officials have welcomed Trump’s apparent shift on the TPP, but have said it will not alter Tokyo’s march toward signing the pact in March as it seeks early enforcement.Japan, officials have said, has no plan to renegotiate the deal, either. The successful conclusion of TPP-11 will not only change the economic landscape of the Asia-Pacific, but more significantly, demonstrate clearly that the world will continue to move on without the United States.

A growing confidence in framing deals without bending to Washington’s demands may well impact the outlook for existing trade deals that are currently being reconsidered by the U.S., most notably the North American Free Trade Agreement (NAFTA).With Mexico, Canada and the United States all part of the TPP, the trilateral was effectively going to act as a revamped NAFTA. But as NAFTA negotiations focus more on increasing barriers in hopes of reducing the U.S. trade deficit and not on seeking common ground between the three countries, the allure of the deal will invariably weaken for Canada and Mexico.

While even a successful TPP-11 would by no means mitigate losses that would be incurred as a result of a collapse of NAFTA negotiations, a new Asia-Pacific trade deal would increase expectations that sooner or later, the United States too would not be able to turn away from the opportunities that platform would offer.U.S. frustration in tackling the trade deficit with China is shared worldwide, and efforts to take steps to level the playing field with Chinese businesses would certainly be a welcome one.

President Trump’s dislike of multilateral deals may never change. But as the Trump administration begins to acknowledge the strength in numbers at the negotiating table, the White House will need to begin assessing trade objectives that go beyond simply reducing bilateral deficits.In the meantime, the TPP train is likely to leave without the United States on board, giving both Canada and Mexico a stronger bargaining chip against the White House.

So this year is going to be a historical year for Vietnam as the country is going to witness two revolutionary multilateral trade agreements which will change the fate of the Vietnam in coming years , especially the Textile & Apparel Sector. 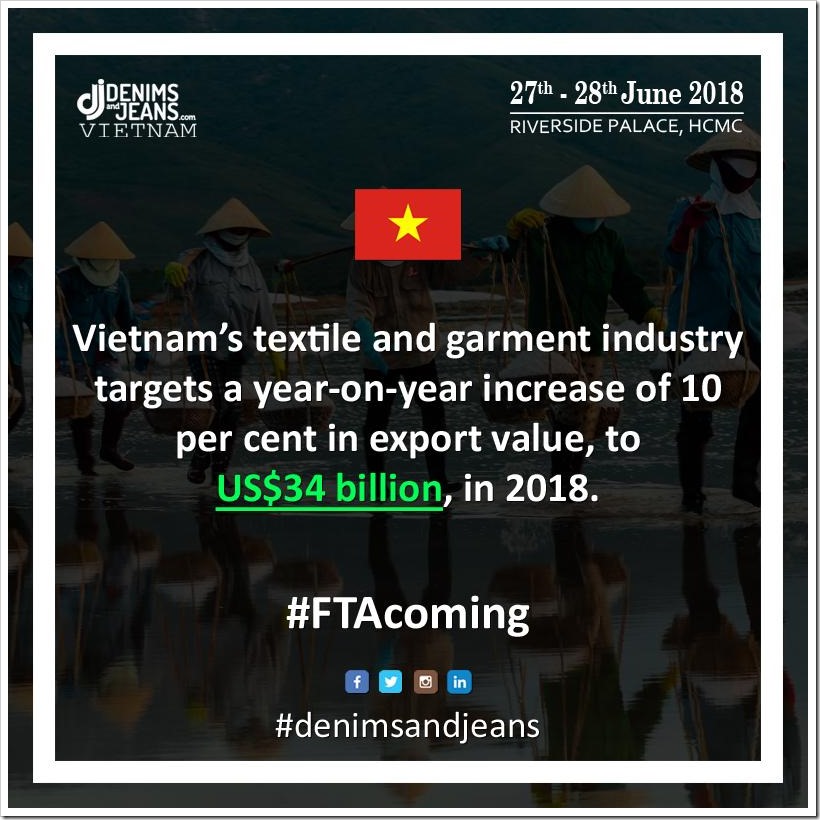