Ian Berry has had another sell out and successful show in London, with all the work selling by the opening day. His exhibition Hotel California also gained critical success with London magazine Londonist naming it the must see show of the month, and FAD putting it in the top seven shows to see in July. The BBC covered it and soon it will be beaming around the world and various channels, but, it is in person you need to see the work – and many did in London. Ian Berry turned denim back to water with his incredible technique which when you stand back totally don’t realise is denim.

‘When I started I always wanted to point out it was denim, now I hide that it is denim and see that as a challenge.’ Ian said.  In fact after years of covering his work, you see it is a challenge in each show, how light hits a metallic shiny launderette washing machine, a polished bar top, or the inside of a subway. 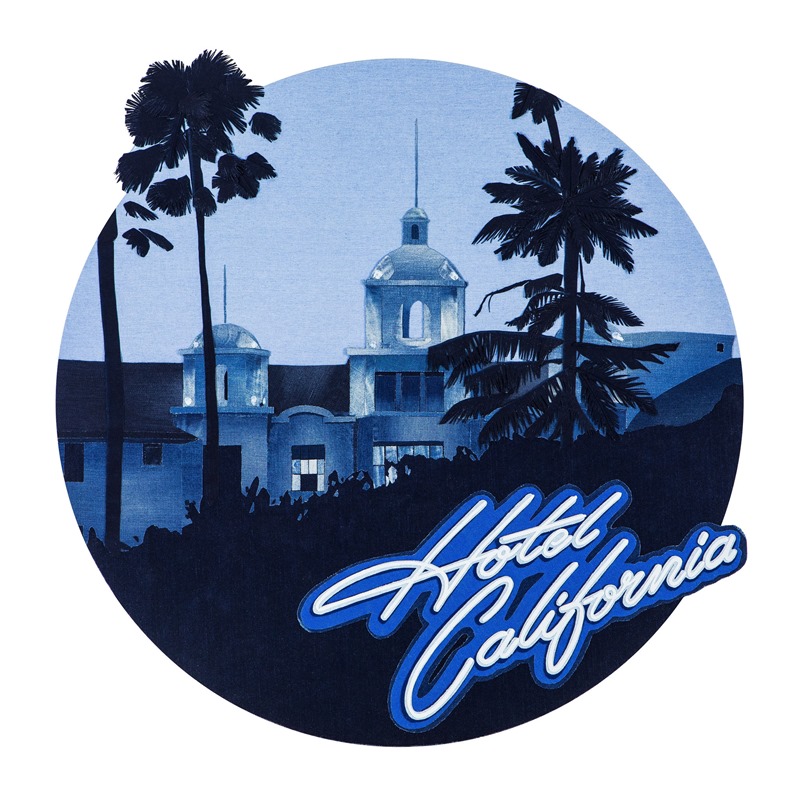 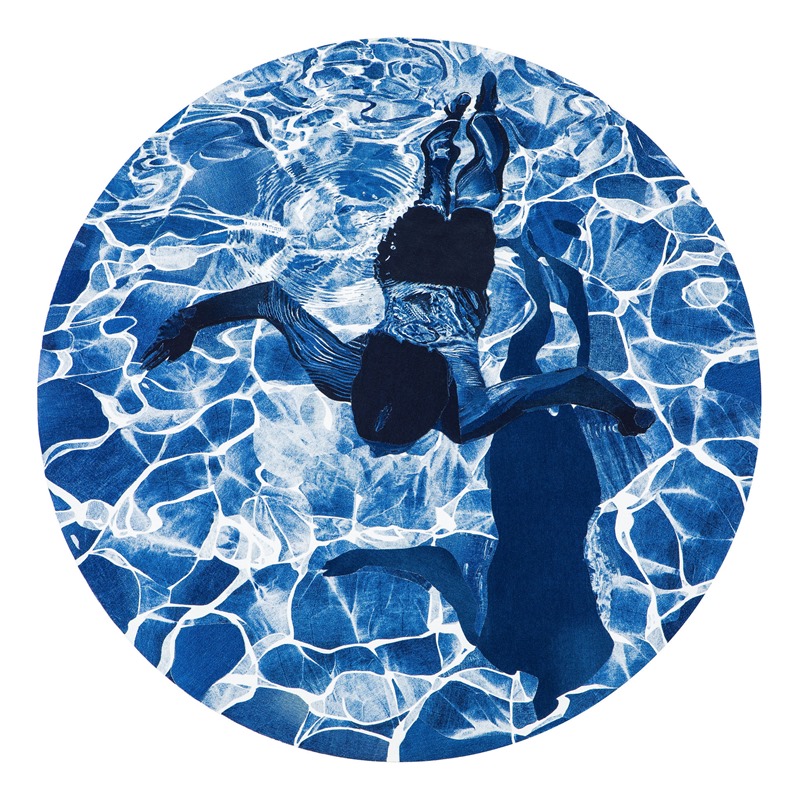 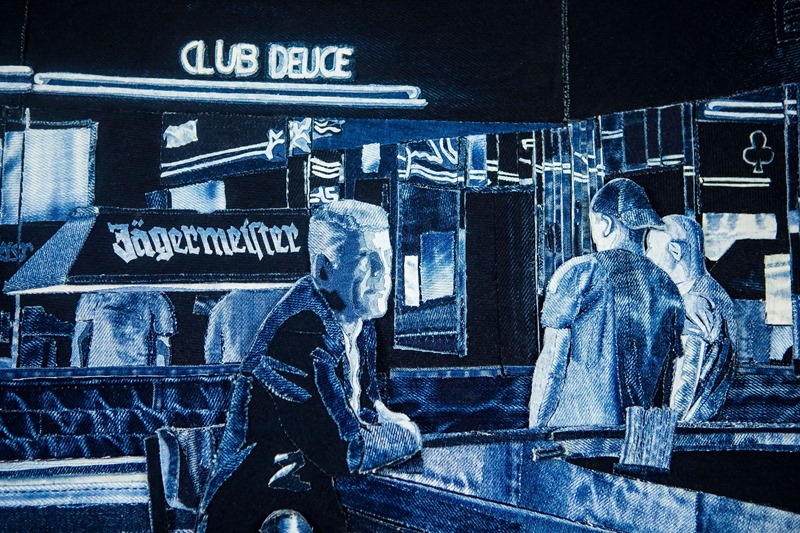 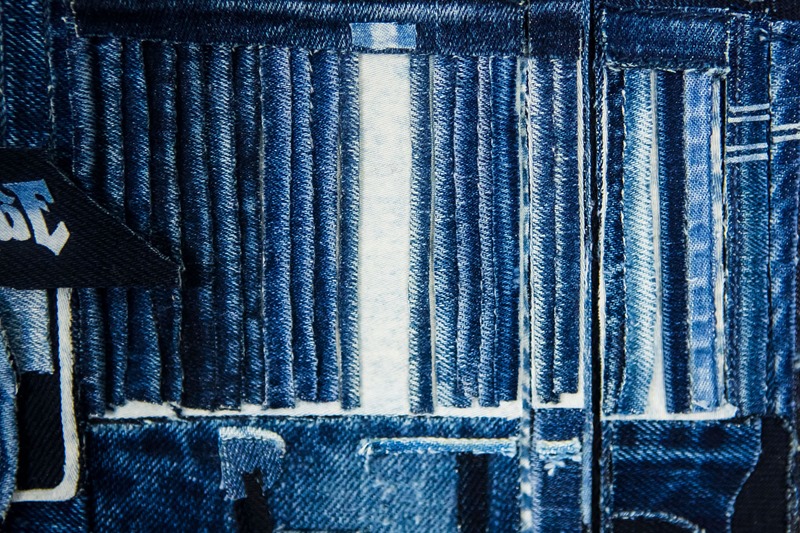 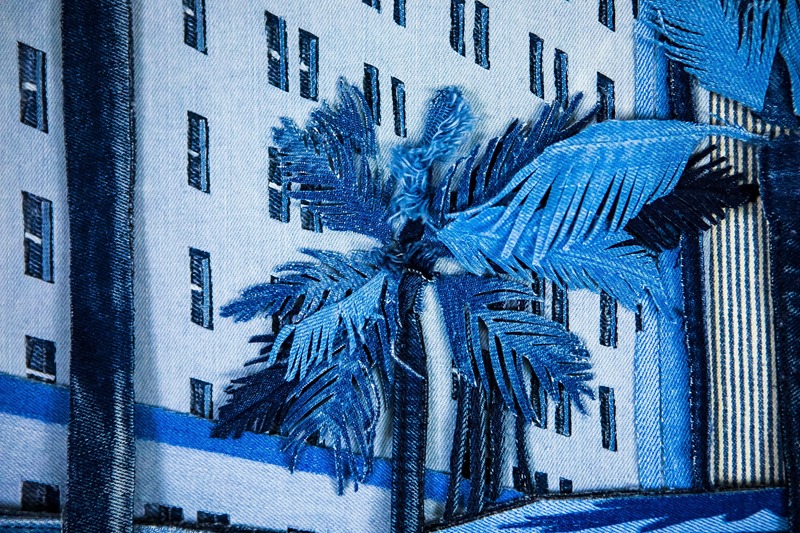 We wrote about his Behind Closed Door work (https://www.denimsandjeans.com/events/behind-closed-doors-by-ian-berry/23754) and again, it was light in interiors that created his moods, impressing with the tiles on the floor and how the light effected it, just out of denim. That show was quite dark and Ian has transformed this new work to reflect bright Californian light with the hotels and pools of the state which made denim the state’s official fabric! The show was such a success that they put on another event to mark it and Ian’s long relationship with the gallery. It was also in aid of British charity Jeans for Genes – that supports families with Genetic Disorders. The charity is famed for an event in September – Jeans for Genes day, where schools and workplace allow people to wear our favorite material, jeans in return for a donation. The event raised money for the charity. 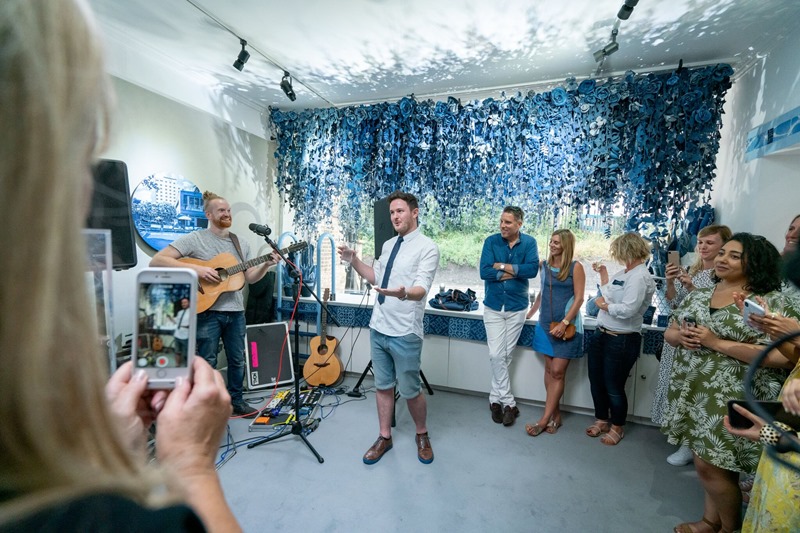 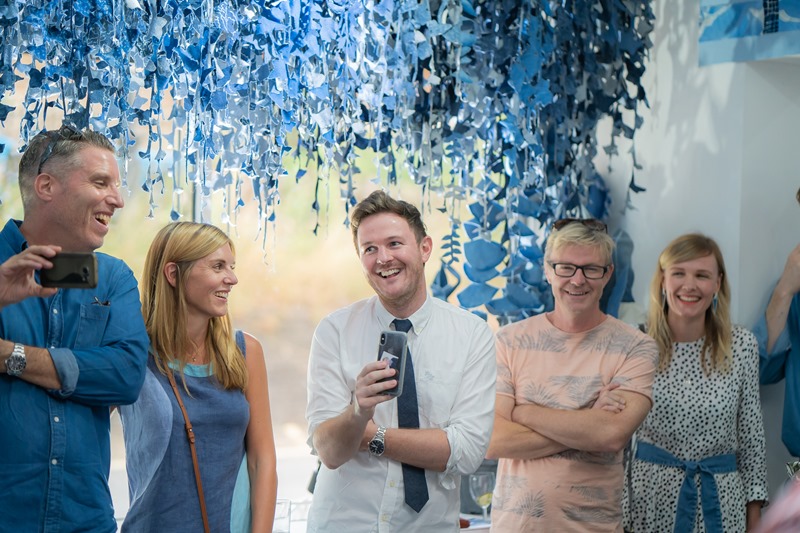 The charity also sells shirts, this year working with Batman for a special shirt. Ian is one of their ambassadors and modelled the shirt for the charity. The Batman version with Warner Brothers is proving popular with children. Ian will do further work with the charity. Not only that, but Ian collaborated with Kongsgaard Raw Gin to make a special denim edition. The Danish Gin makers are famed for their use of apples and also their sustainability – the only Gin brand to plant a whole forest and will be soon carbon neutral! The Gin is hand crafted so Ian made an edition of ten hand crafted labels – all the letters cut by hand, another ten with Raw denim – the ‘Raw Limited Edition’ that Tonello helped to laser. And then a further five that were one off originals and made to reflect different pieces of work in Ian’s exhibition – like his Hotel California record store, the secret Garden (that hung in the gallery window, again with the support of Tonello) and one to reflect a pool. 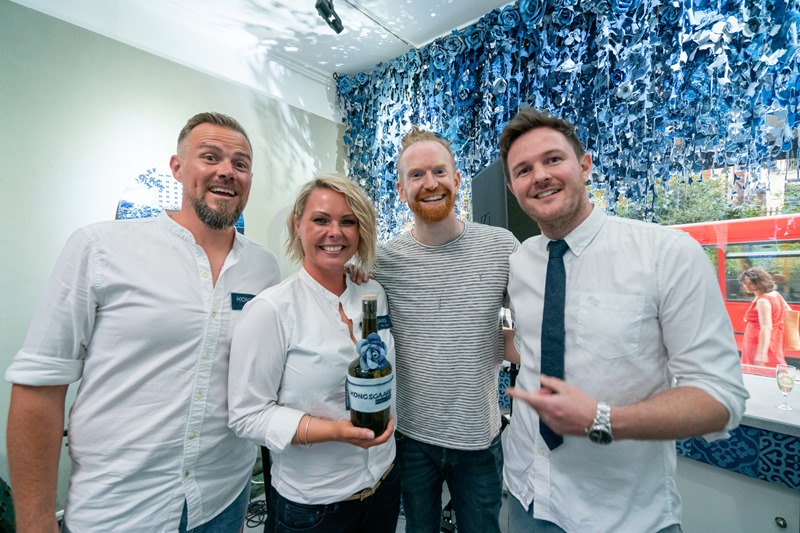 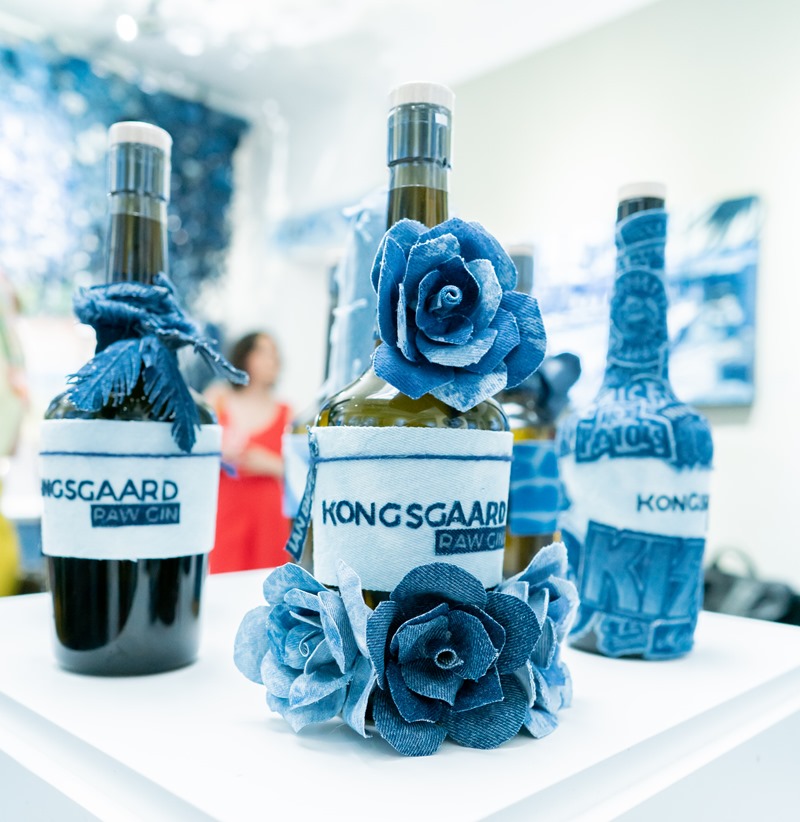 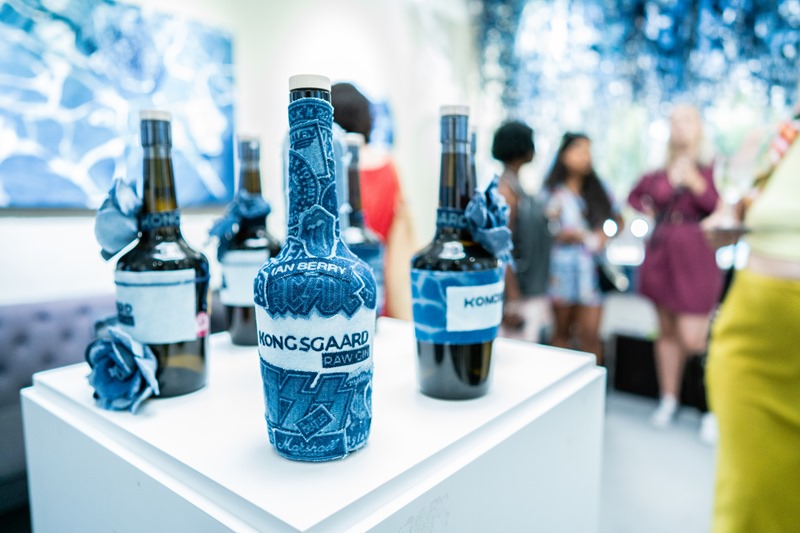 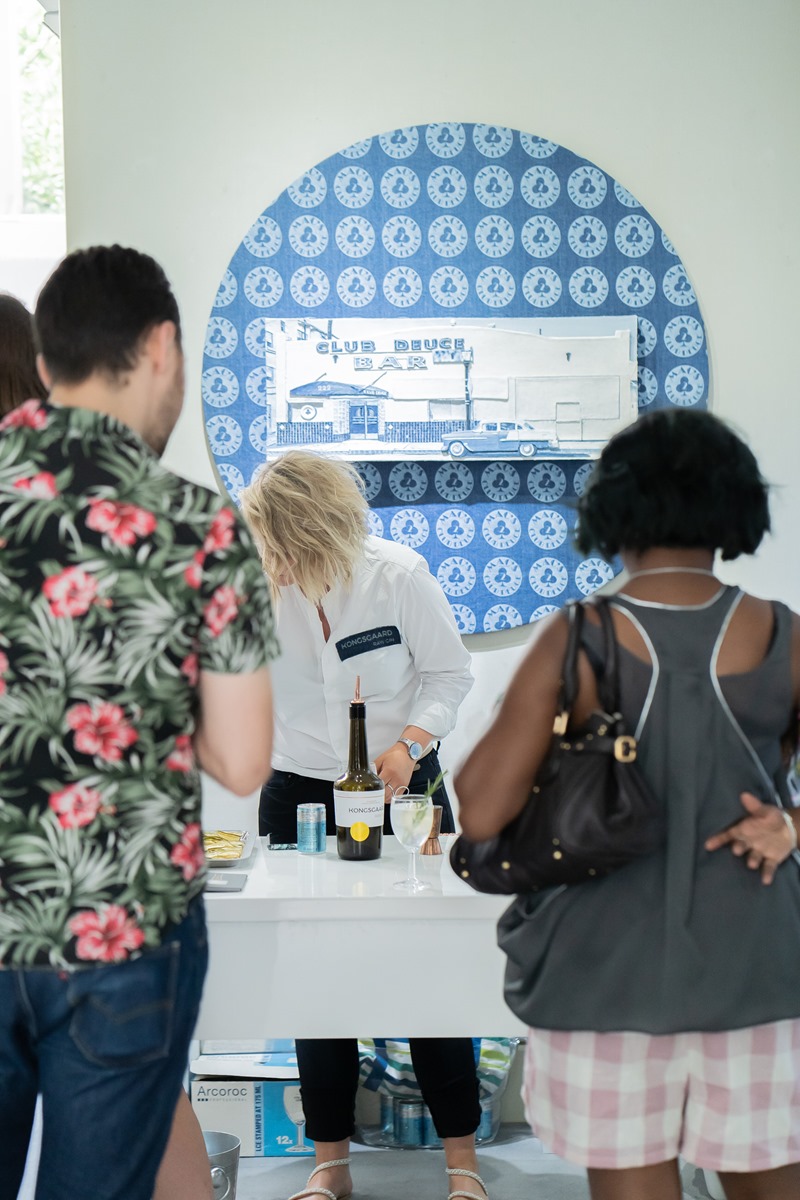 The week before the show opened Ian was in Barcelona with Tonello where he collaborated with his friends there who had been showing with ITMA, their most important event. To celebrate they had a ‘Inspiring’ night where Ian, Tonello and his friend Juan Manual, along with Oficina +39 joined forces to make a new version of the hanging trellis that hung in New York – lit with a mood and a beautiful film of the making of that set a beautiful ambience for the evening. 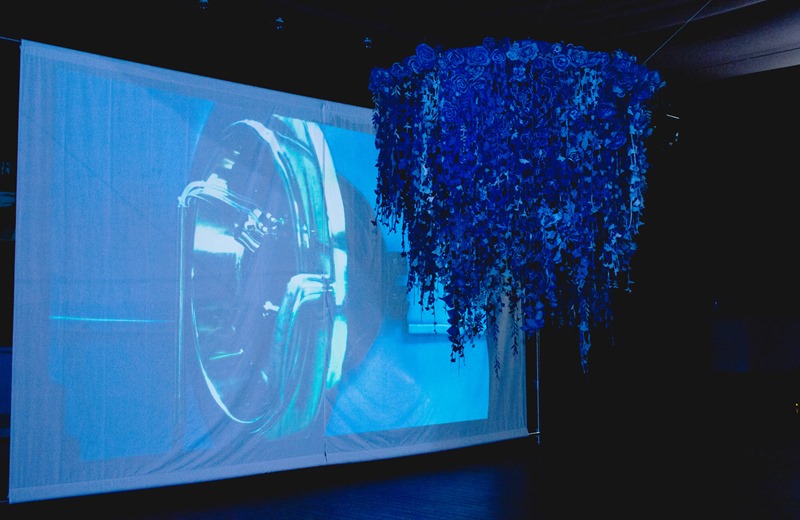 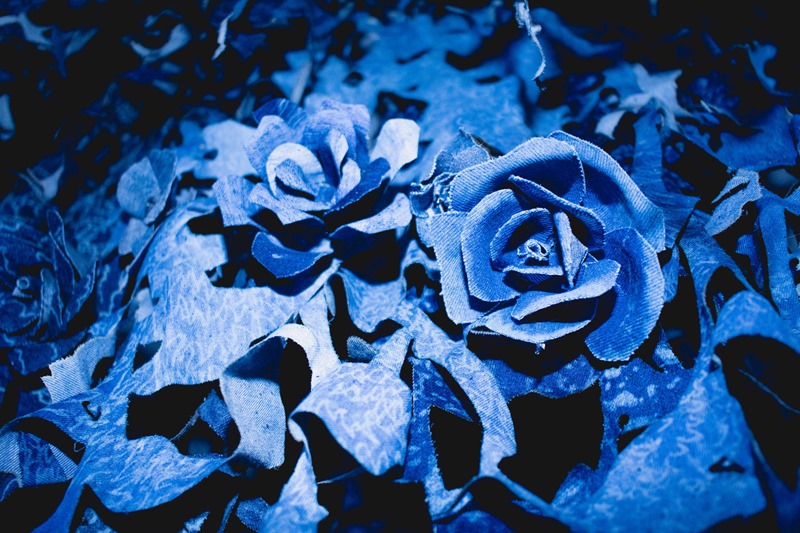 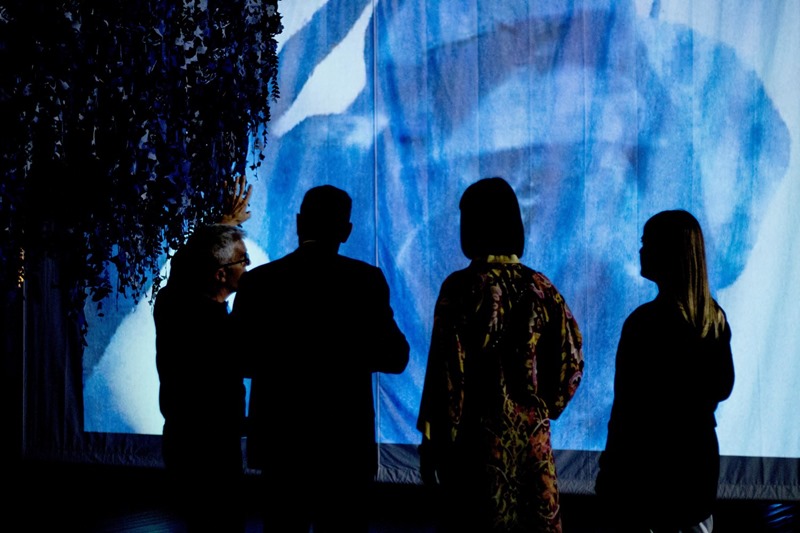 Ian Berry who has worked with Selfridges this year and it is proving to be a great year for him and we look forward to what is to come, All the best Ian!