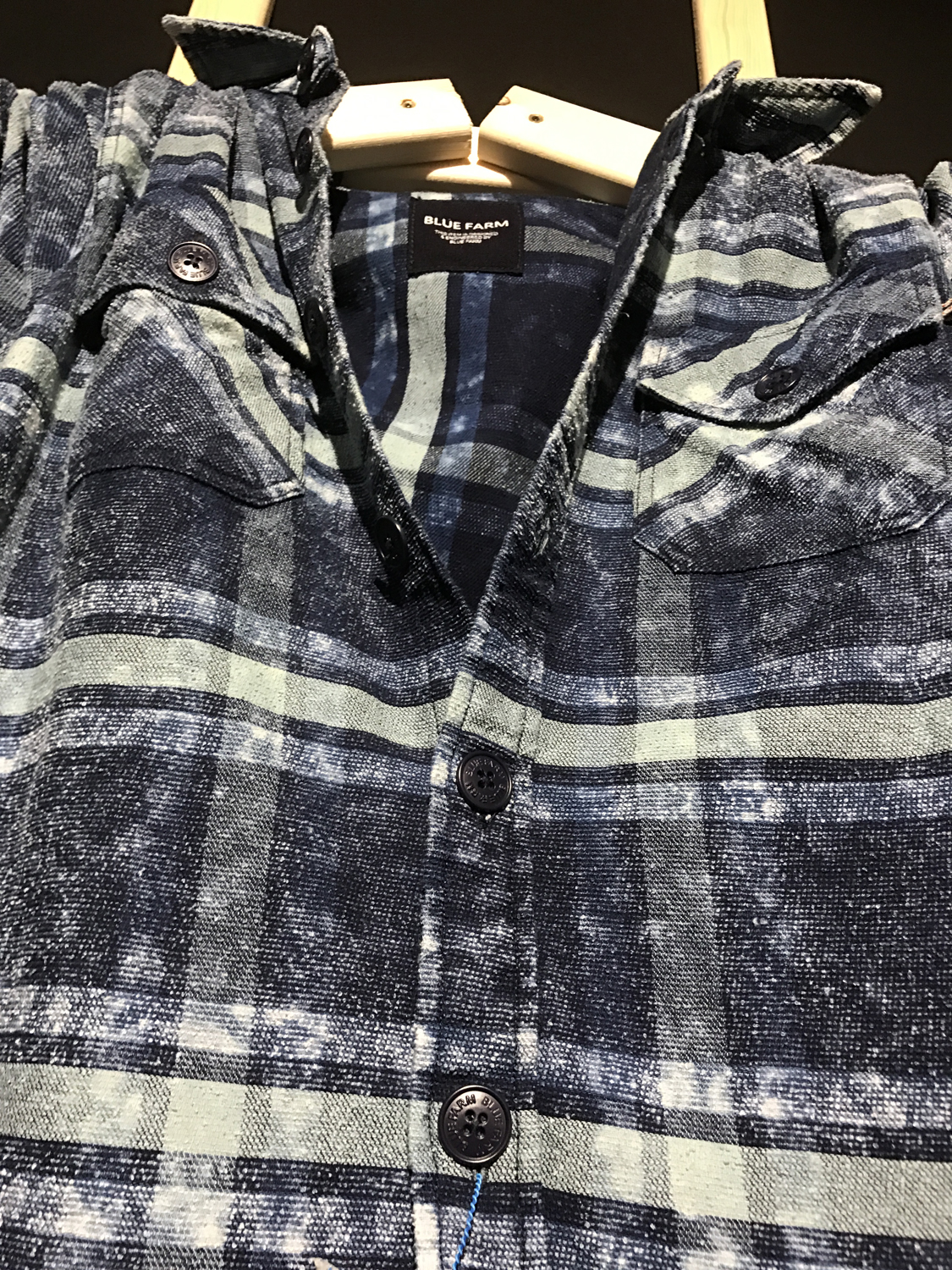 The 20th edition as well as the 10th Anniversary of Denim Premier Vision ended with mixed reaction on April 26 at Paris Event Center, La Villette . With an objective to infuse the denim sector with new vitality by creating the denim of tomorrow by offering  new innovation strategy in order to focus more on new projects, technology and innovation , Denim PV came this time with R-Evolution after the Tomorrow is calling . There were new experiments have been done by the host and the Hackathon was one of that which caught the attentions of everyone . Denim PV was slower than last time and expectedly so since two major shows in Europe got very close in Amsterdam and Paris. Reactions of exhibitors were mixed and  the organizers have taken care to change the dates of the next show to Nov 14&15  to avoid such problems.

84 exhibitors from around the globe unveiled their latest collections,innovations and the upcoming fashion directions at the show . The show was also different this time as for the first time ever, a creative and inventive hub had been created to showcase the  real-time denim development projects designed by students from the best fashion and technology schools. In addition to that , A MASTERCLASS was setup at the show where renowned experts from other sectors put their views before the tomorrow’s denim players.

The show disclosed a series of new catchy projects and ideas. Among them, there was the first “Denim Premiere Vision Hackathon”. It involved five teams with five member in each teams came from different fashion universities. They were allotted a specific theme and had to create an innovative project during the 48 hours of the show timeline . The project might be either a brand concept or a marketing initiative. All these were performed inside transparent cubes – the “Hackathon rooms” – . Mentors like Stefano Aldighieri (Arvind Ltd), Romain Spinali (Spinali Design) , Fabio Adami (M&J) and Ariane Bigot (Premiere Vision) guided them and the projected presented before the jury which had Catharine Anderson Jone (Cordura), Alex Brownless (Arts Thread), Alberto De Conti (Garmon) and Alain Melloul (M.I.C.).

The winning team got €5,000 and six months of professional coaching at Denim PV.

Technology is catching up in the denim industry . This new company has been working on software to help designer create collections on their computers in collaboration of their teams continents apart. The software, specially targeted to denim industry, helps the designers to transfer the designs to their manufacturing companies directly and is aimed at helping saving time and costs. This project , which took few years to come up , has been doneunder the guidance of Umberto Brochetto . Looks like a game changer !

Coming to the aspect of  new products from different companies, we visited some of the global denim leaders and spoke to them. We bring out the some details on the latest innovations that attracted us from some of the companies.

Artistic Fabric Mills went one more step ahead in Technology and presented an app that can provide complete transparency and traceability on how their fabrics are produced – from cotton to the final fabric – up to the finished garment. Among the fabrics it brought about fabrics with injected colored wefts , brushed indigo checks and more.

Prosperity came out with its Hi Lux fabric which incorporates a special spray to make it softer and also a fabric made with 35%+ sustans – a biobased fiber by Sorona .

US Denim Mill created its stand which looked like a Grand Premier Show of any Hollywood Blockbuster movie at the show . The stand named as – ‘BIG SCREEN BLOCKBUSTERS’ where they used film references to launch textile innovations for Autumn-Winter 2018-19 collections that demonstrate how technology is creating new fashion, comfort and sustainability advantages while delivering authentic looks. The company introduced bi-stretch Selvedge – SelvedgeX, a high-tech authentic selvedge and a special Feather weave using the fibers from chicken to create a warm and cosy denim for winters.

Jeanologia launched its new Quantum technology, a new digital simulator through which they can create the final result of treatments while saving resources, energy and costs, and reducing the impact on nature.QUANTUM can send up to 100 virtual finishes per day, thus, shortening the cycle from the creative product conception to manufacturing in more than 8 weeks.

Soorty  unveiled 2 new initiatives and according to them it  will change ones’ perception for future of denim. These technological innovations are Zero Water Blue & Denim Active. Zero Water blue had  special features like organic cotton, BCI, recycled fibers, Zero water waste dyeing, eco-finishing, responsible laundering with Ozone, Laser, E-flow, Green Screen CHEMICALS and measuring impact with Jeanologia’s EIM. ZERO WATER BLUE reduces the water consumption by 90% in fabric manufacturing. Further, green chemicals, processes and machines in the laundry have reduced the water consumption per garment to 1.6 liters. Zero Water blue utilize only 3.1 liters water per garment from raw fiber till finished garment. Yet the interesting fact is that it has zero impact on color and aesthetics of final product.

Calik’s super light stretch fabric with over 80% stretch and high recovery was a novelty and seemed quite featherlite.

Kassim came out with out with a chemical development , which when applied to denim helps in absorption of pollution . Another product from them helps athletes to track their movements based on an app in the fabric.

Global Denim – This Mexican  denim company introduced a concept named as – ECOL JEAN , The New Revolutionary Water Saving Process In Denim . The company claims that on every one million meters of denim fabric , this process will save 6417.5 cubic meter wastage of water , 469.5 Kw of energy and 4000kg of dye.

Naveena has been working with renowned denim connoisseru Francois Girbaud and together with well known consultant Reinhart Oberstein came out with a denim suiting concept . These differentiated fabrics , completely removed form normal denim looks, aim to create a new niche for denims in the suiting segments and seem to open a new venue for denim industry to explore.

Some products we liked at Denim PV.. 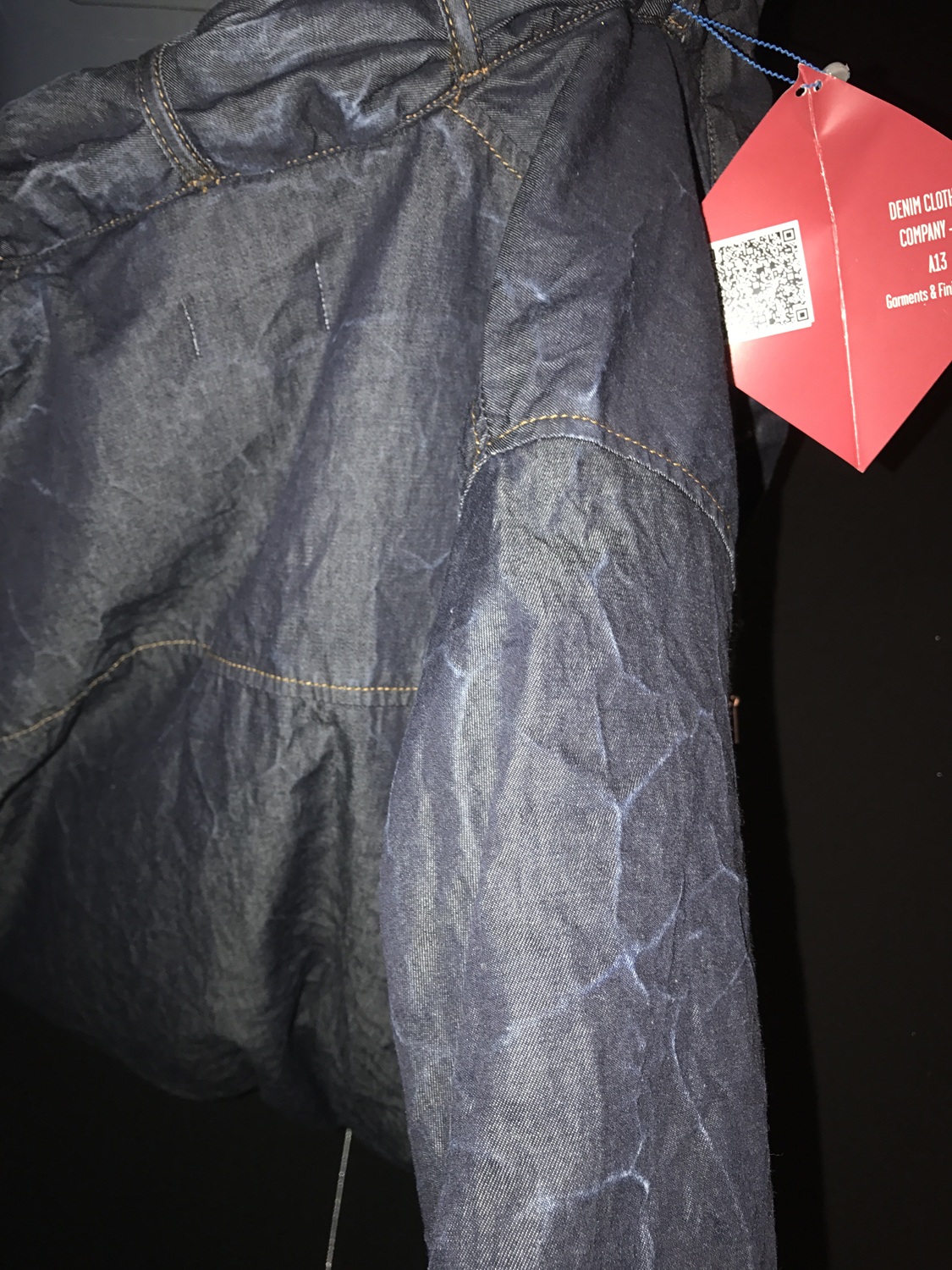 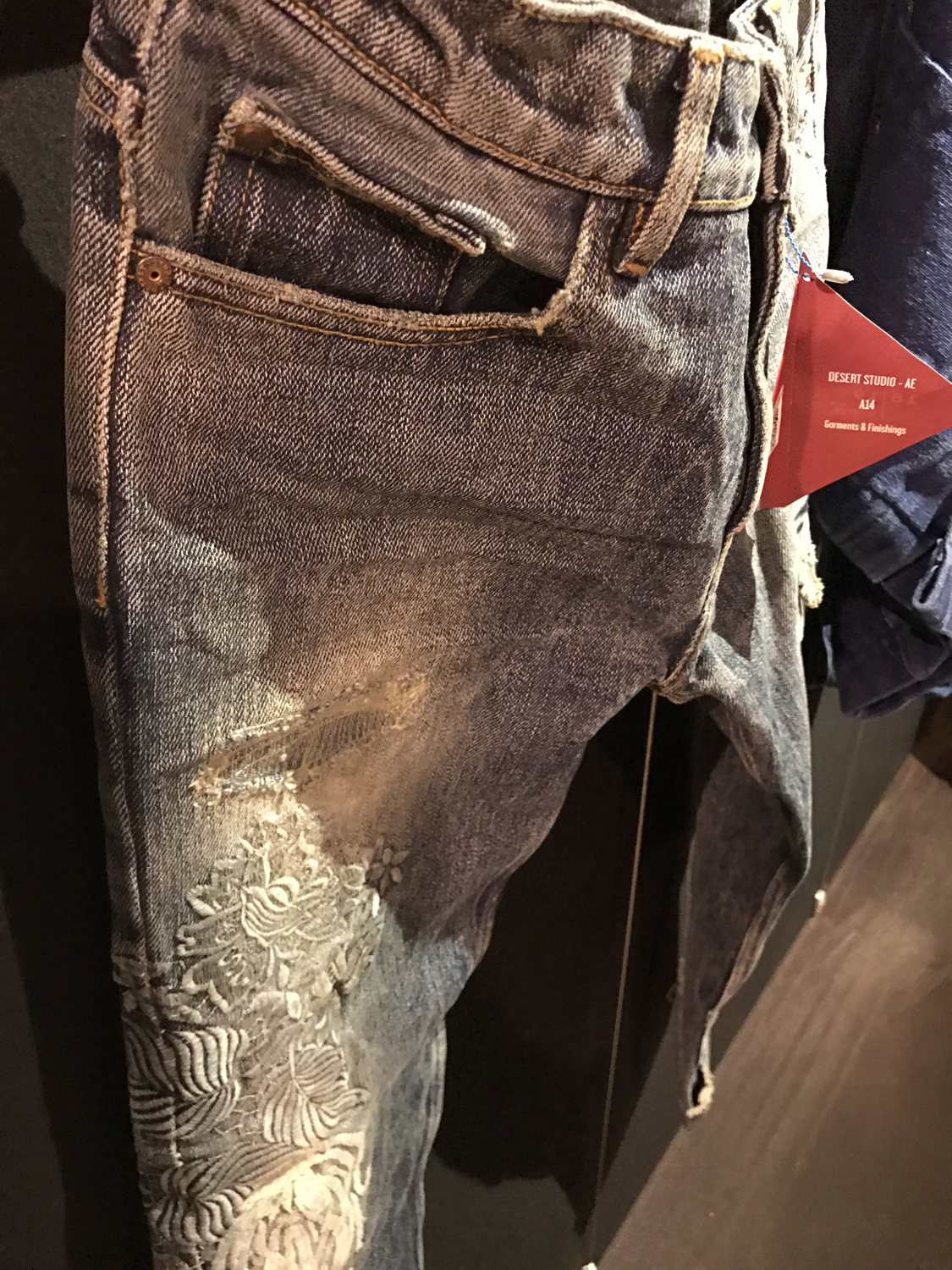 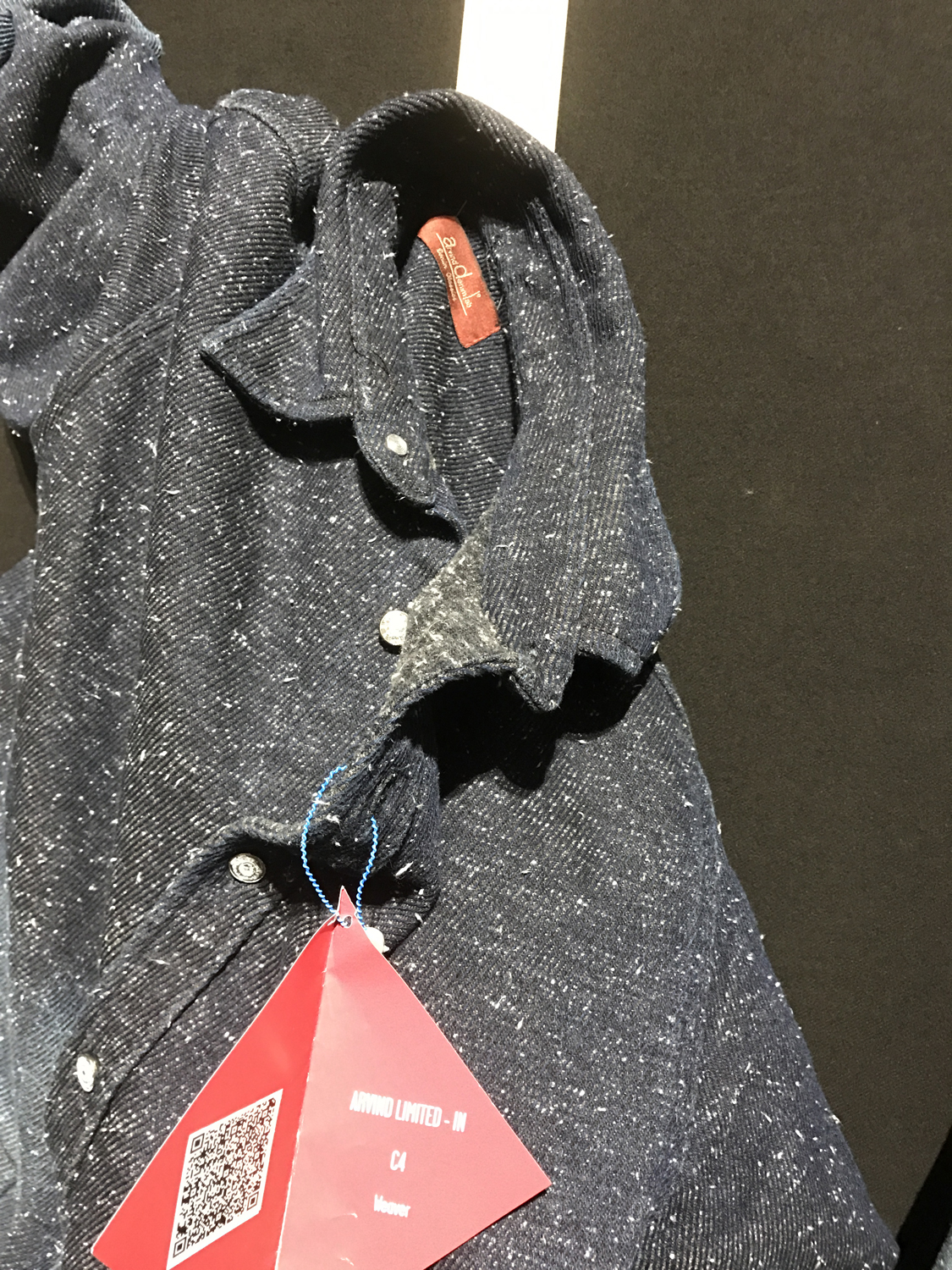 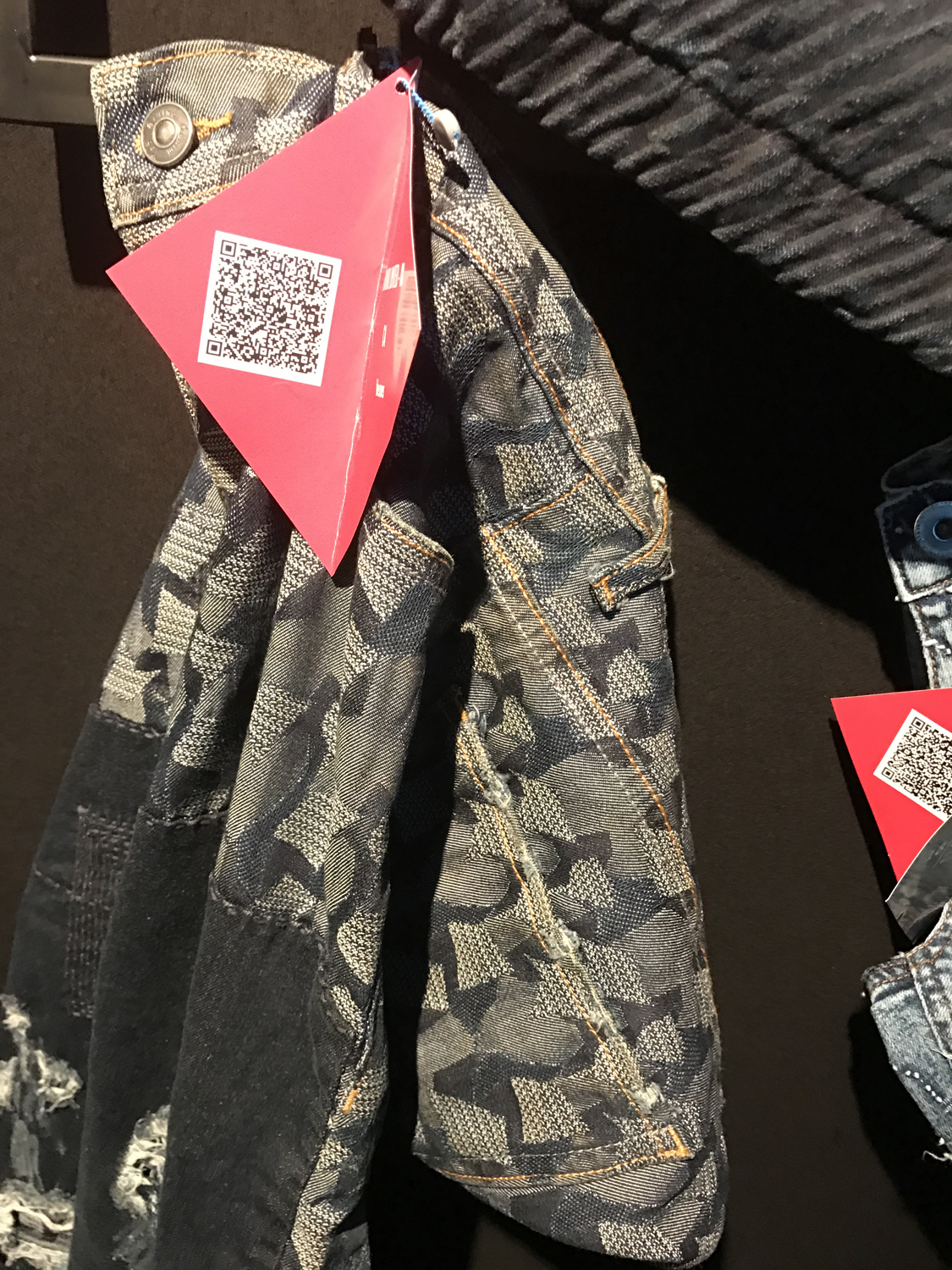 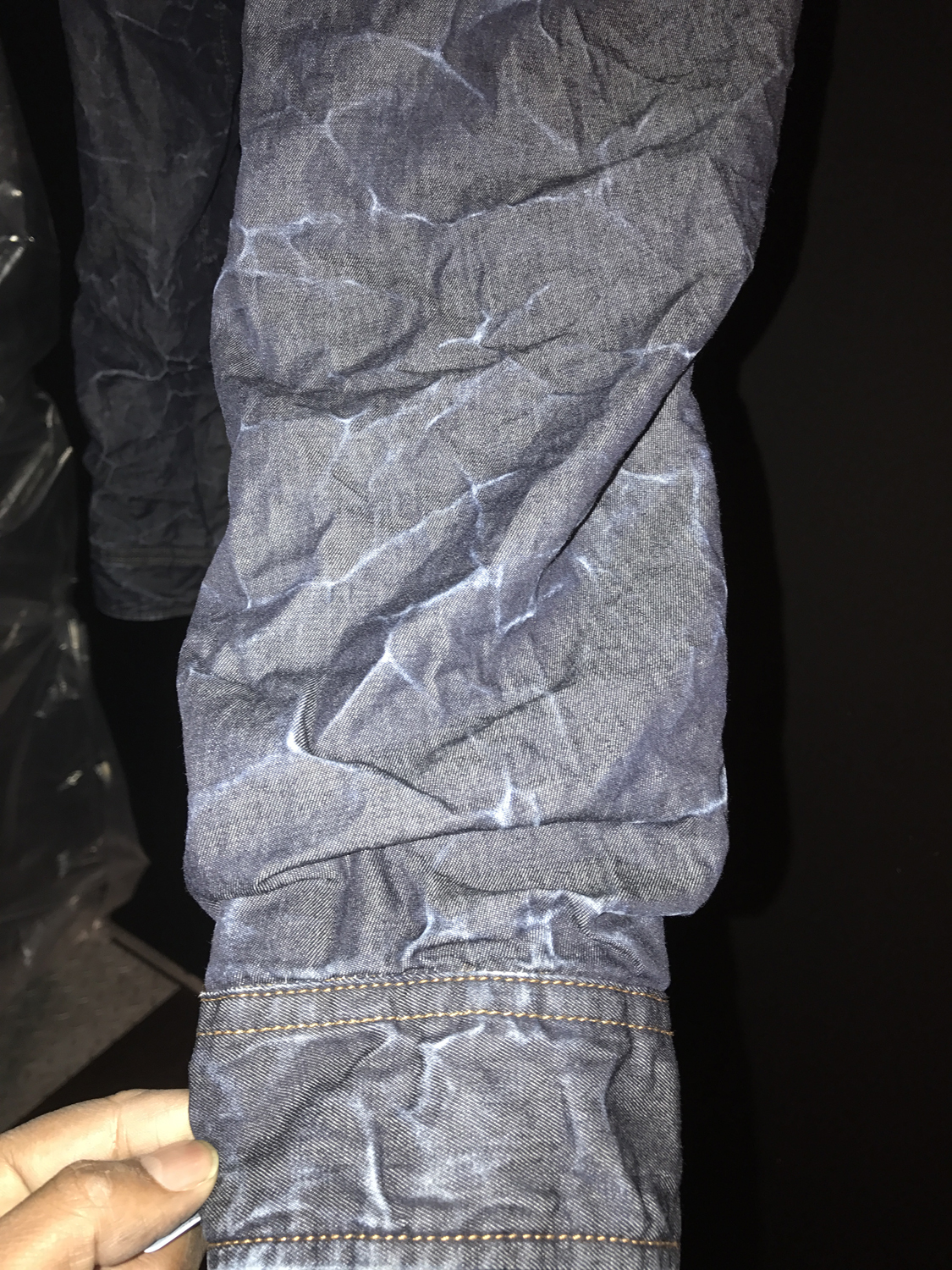 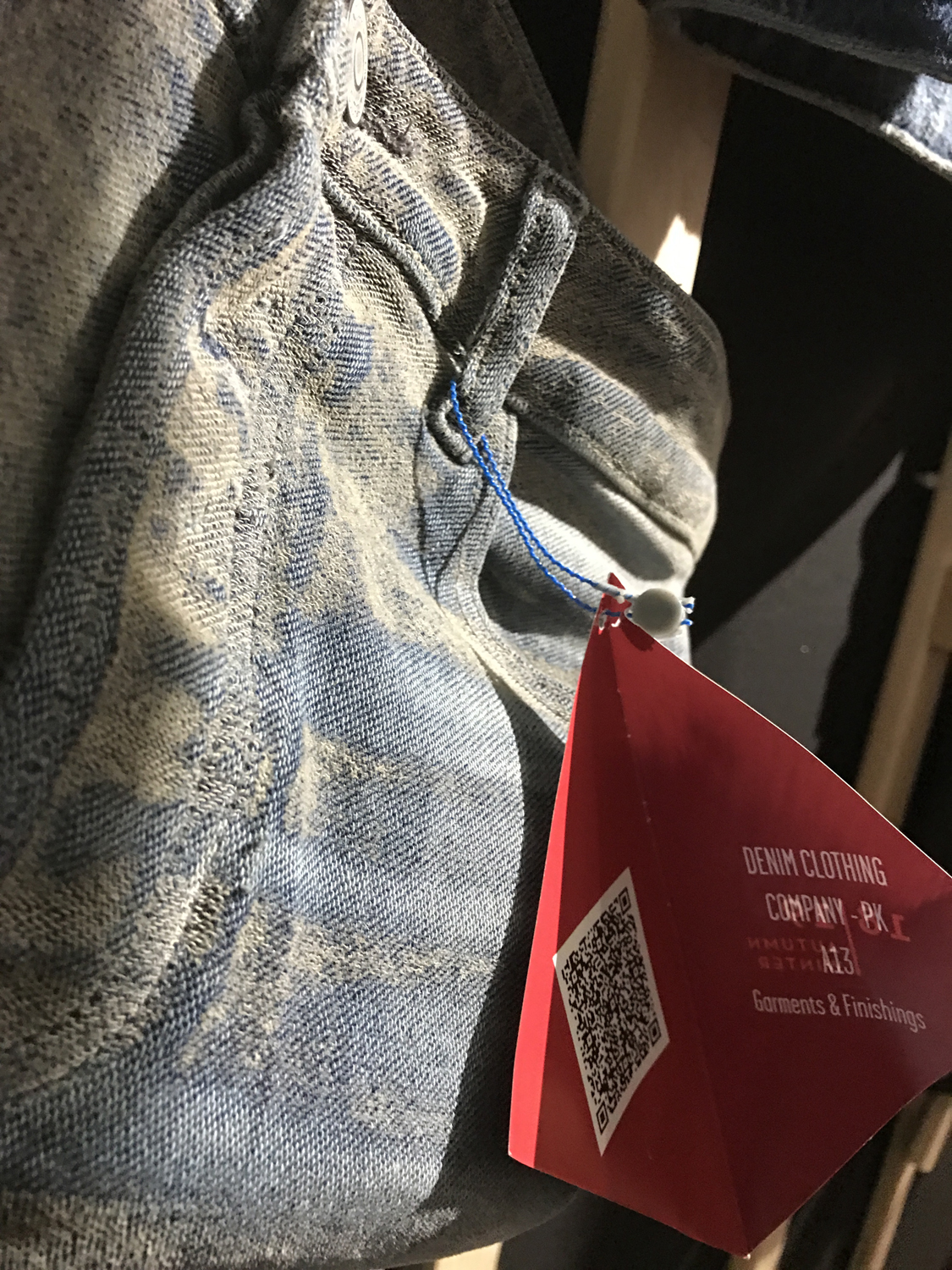 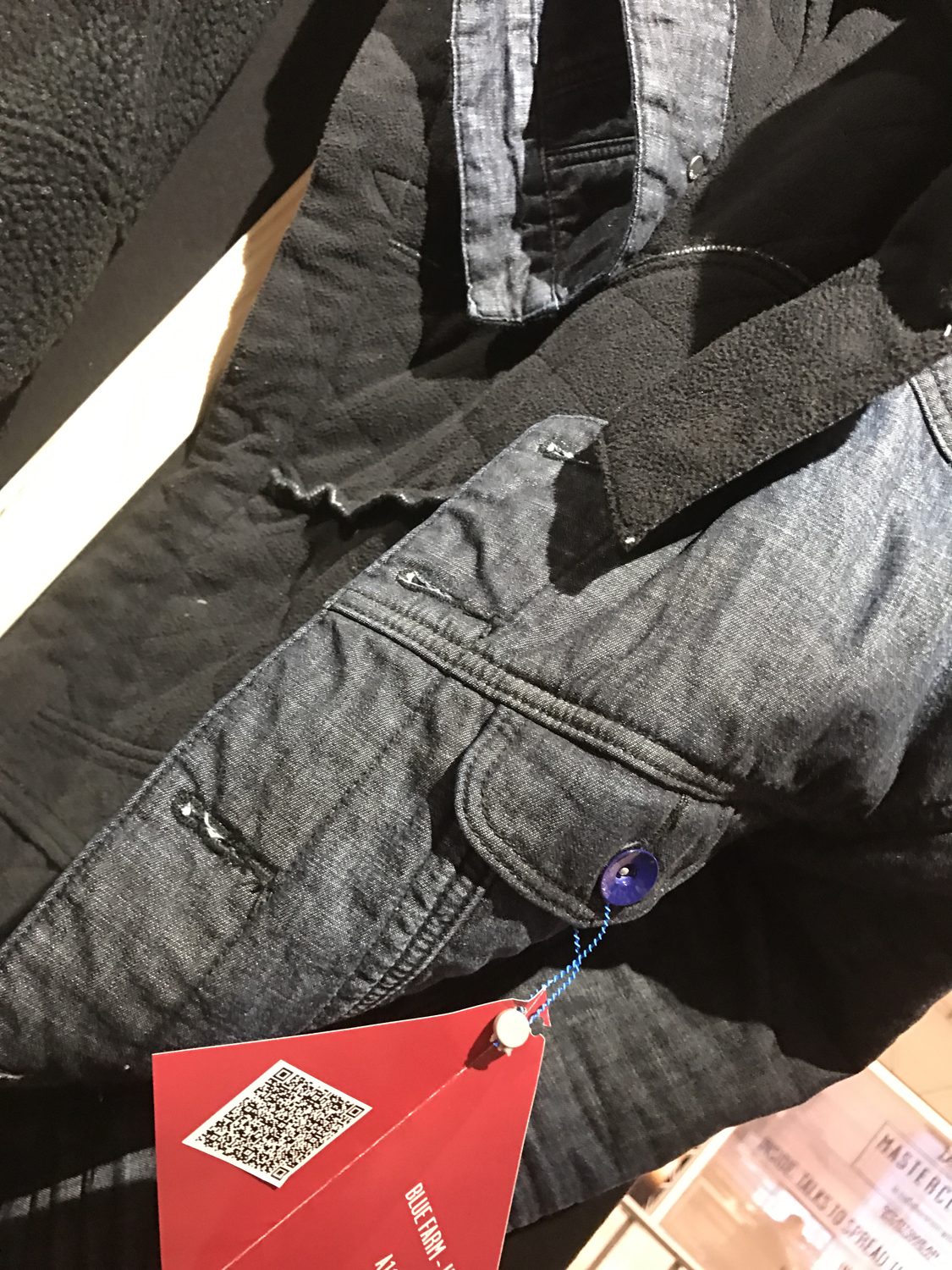 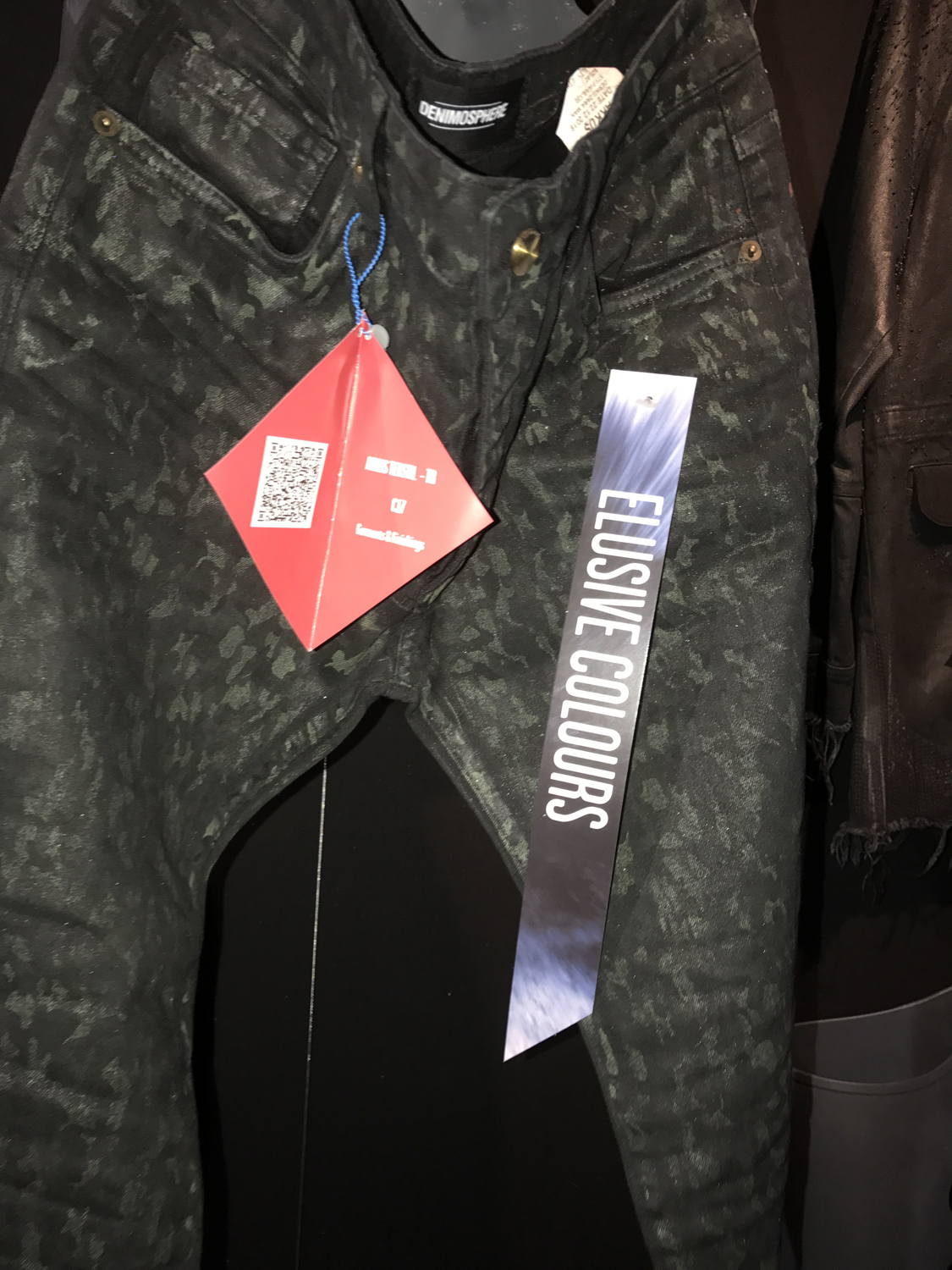 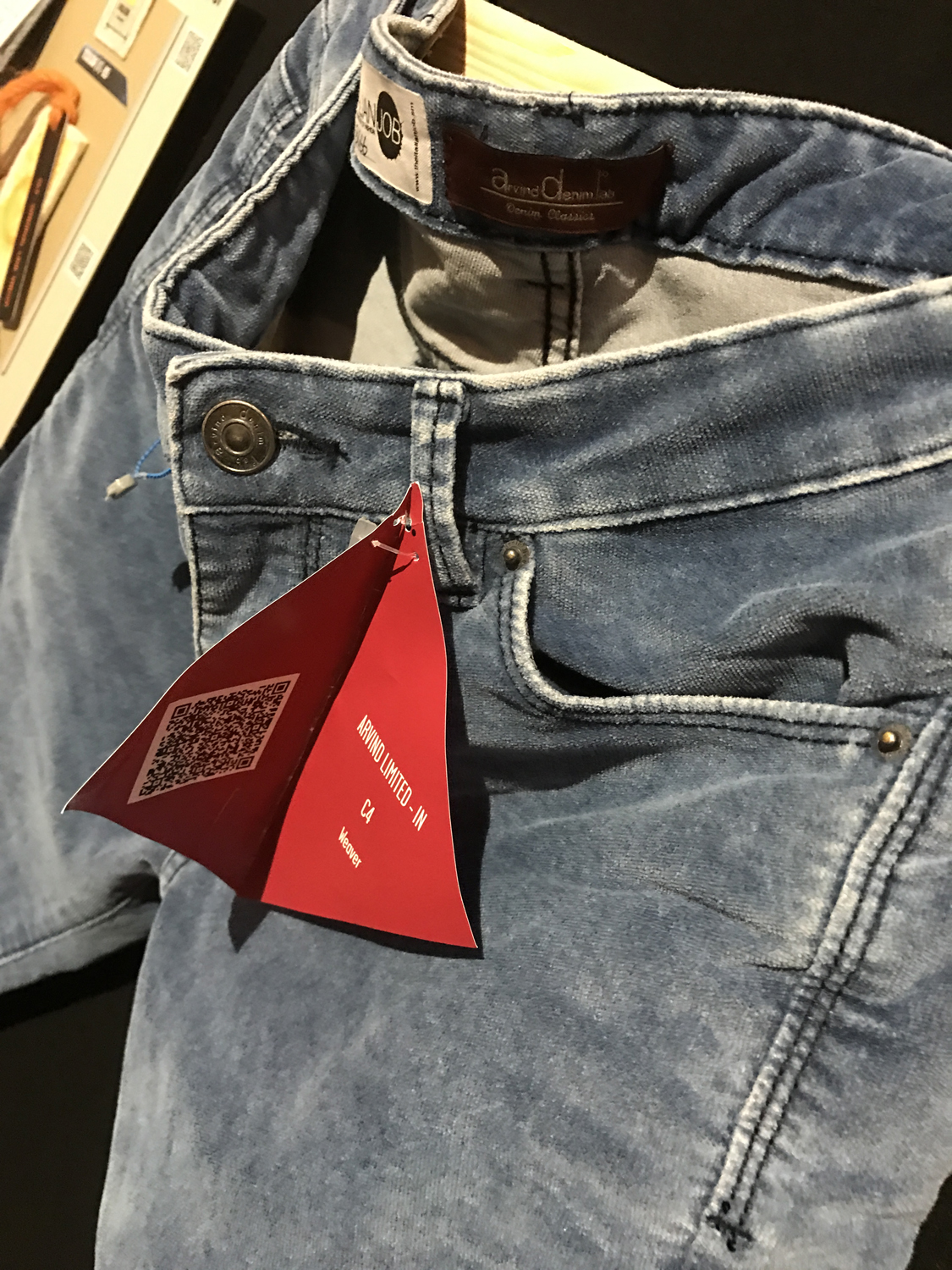 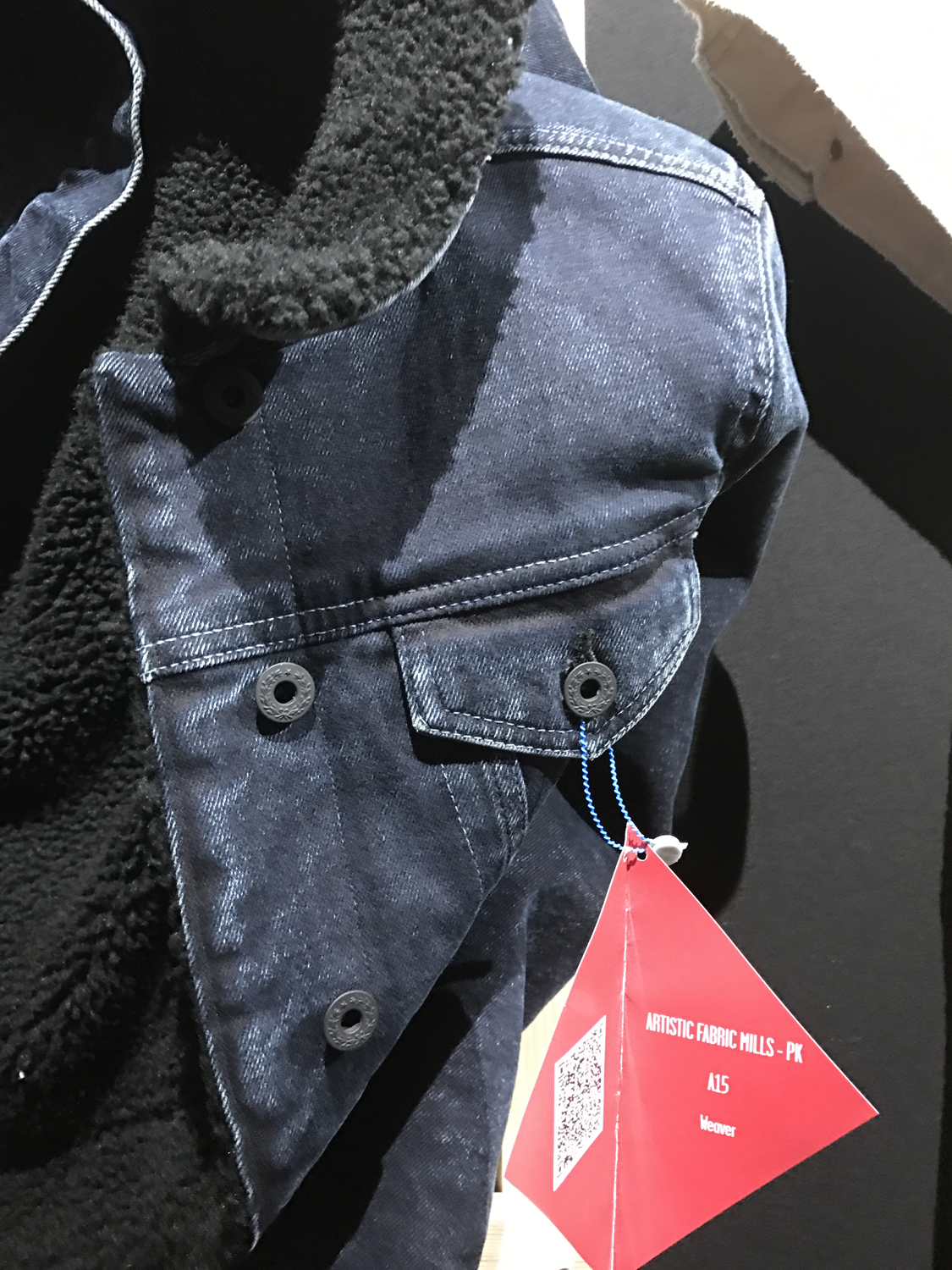 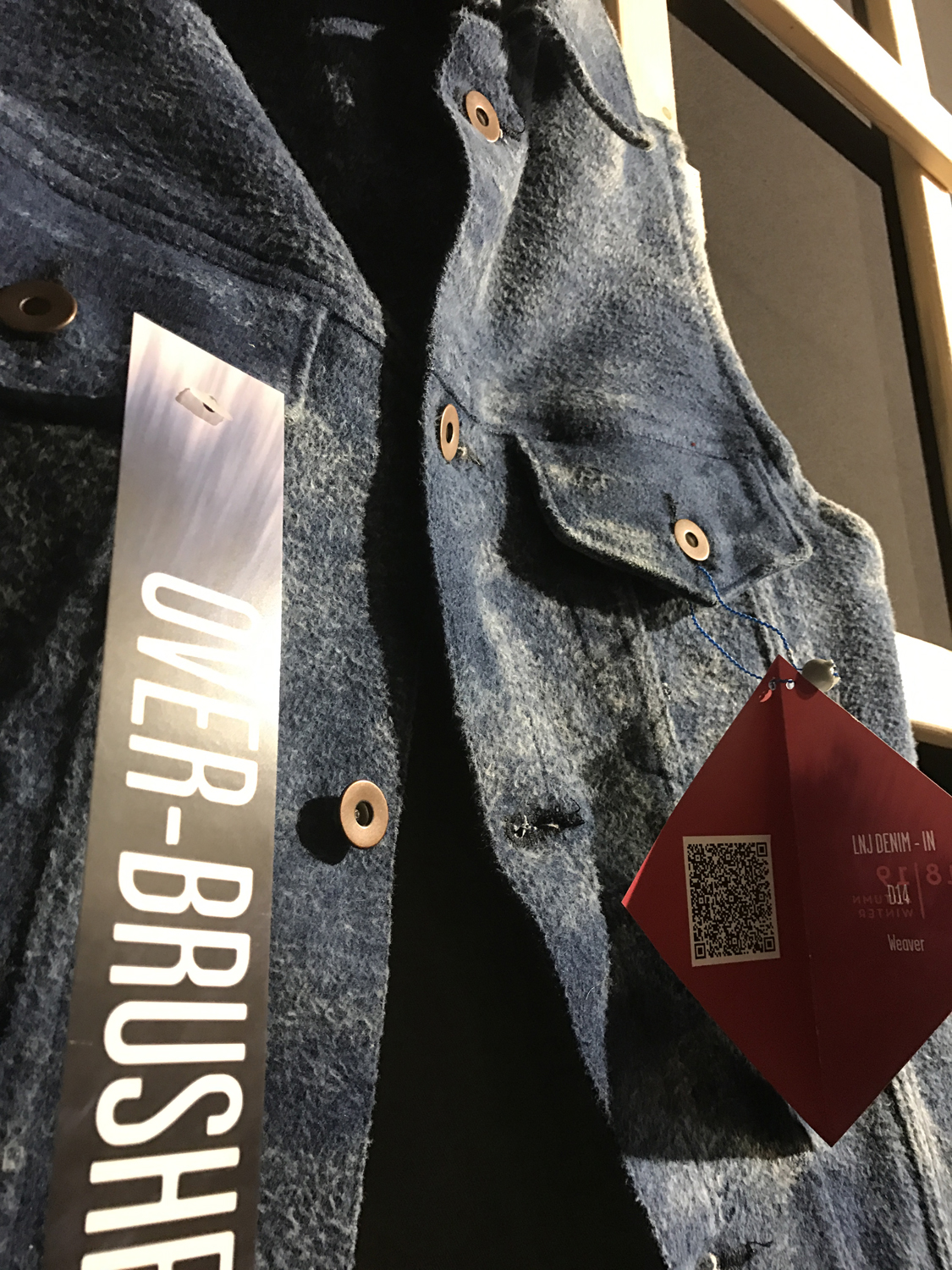 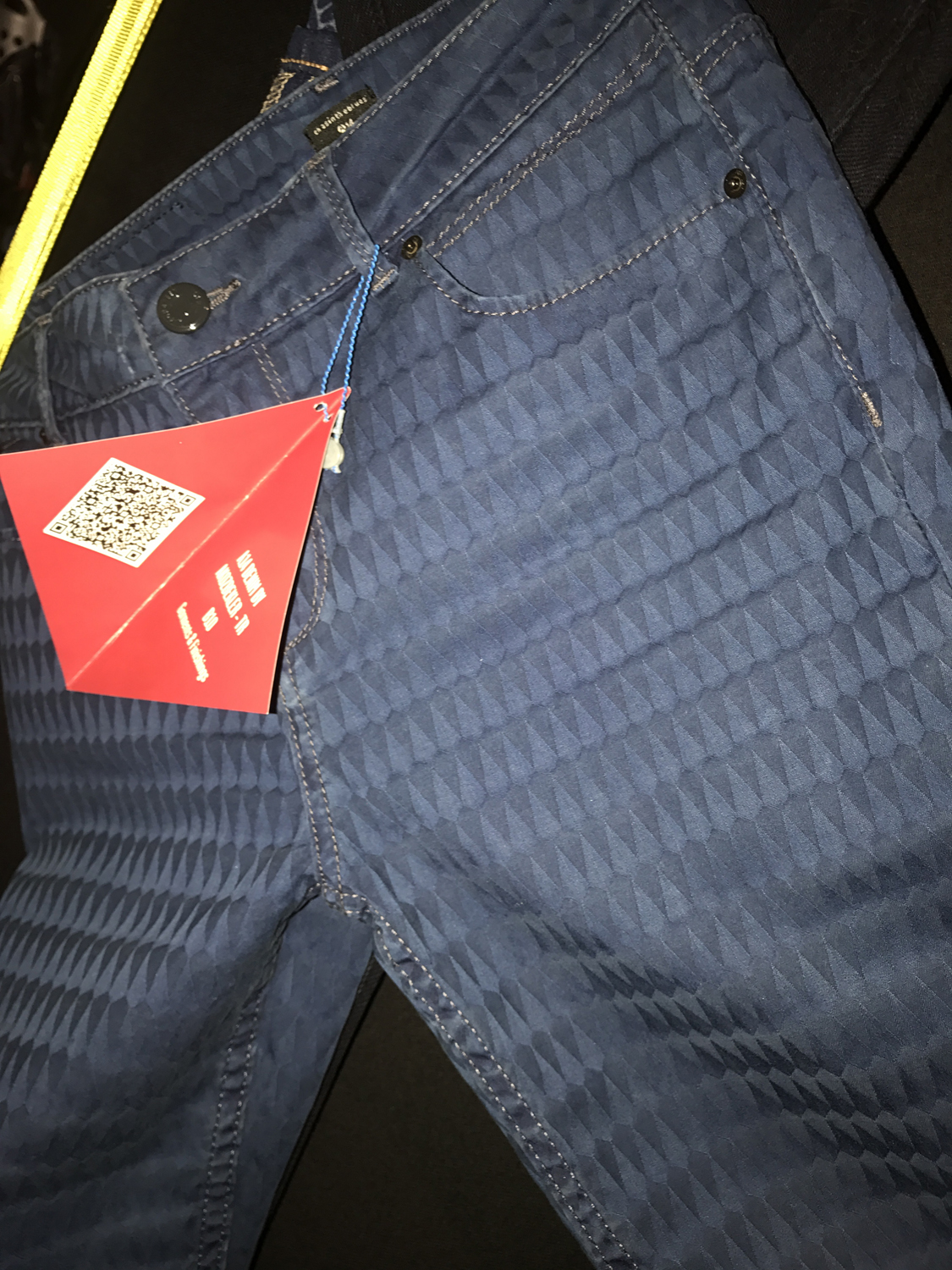 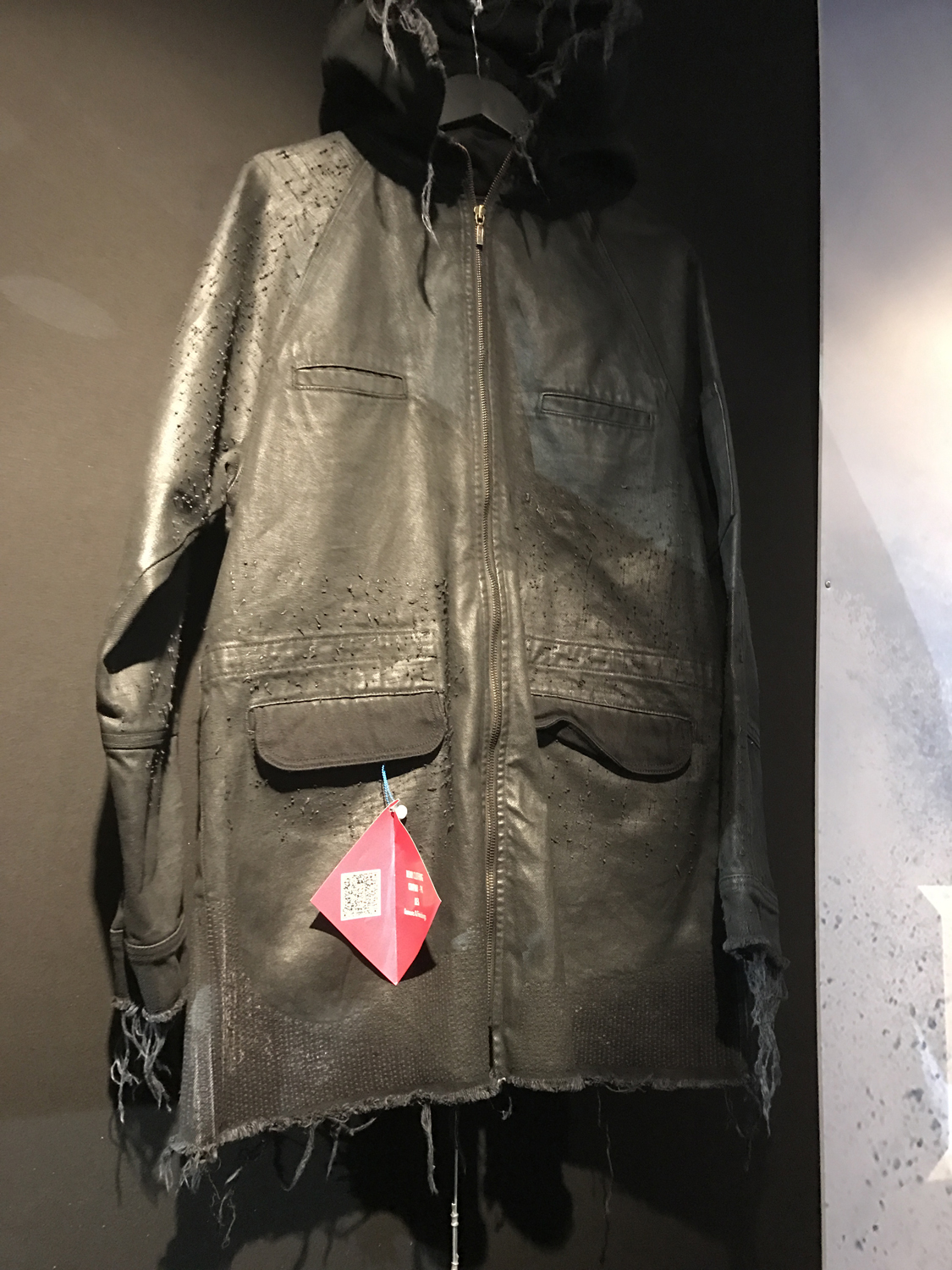 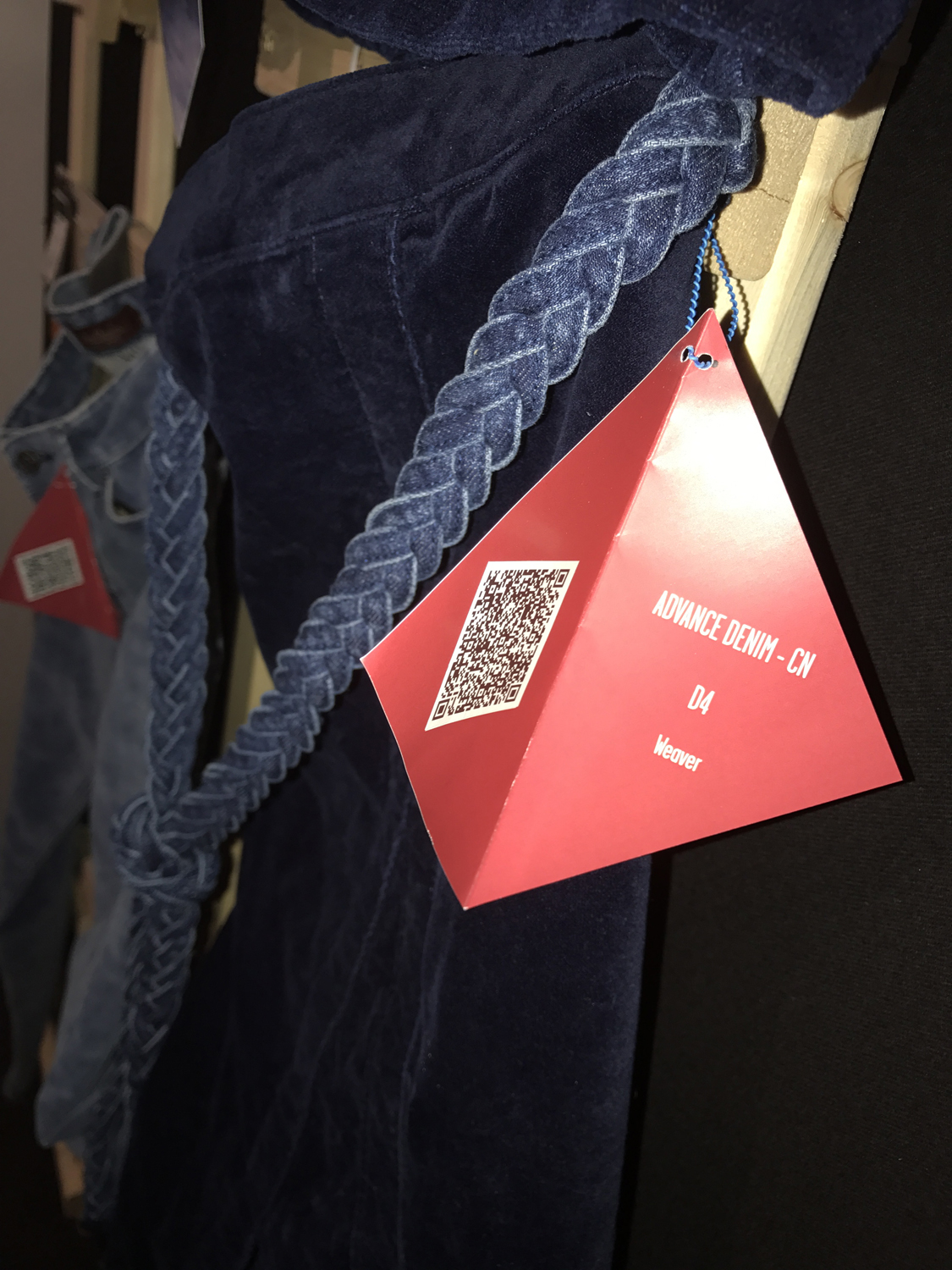 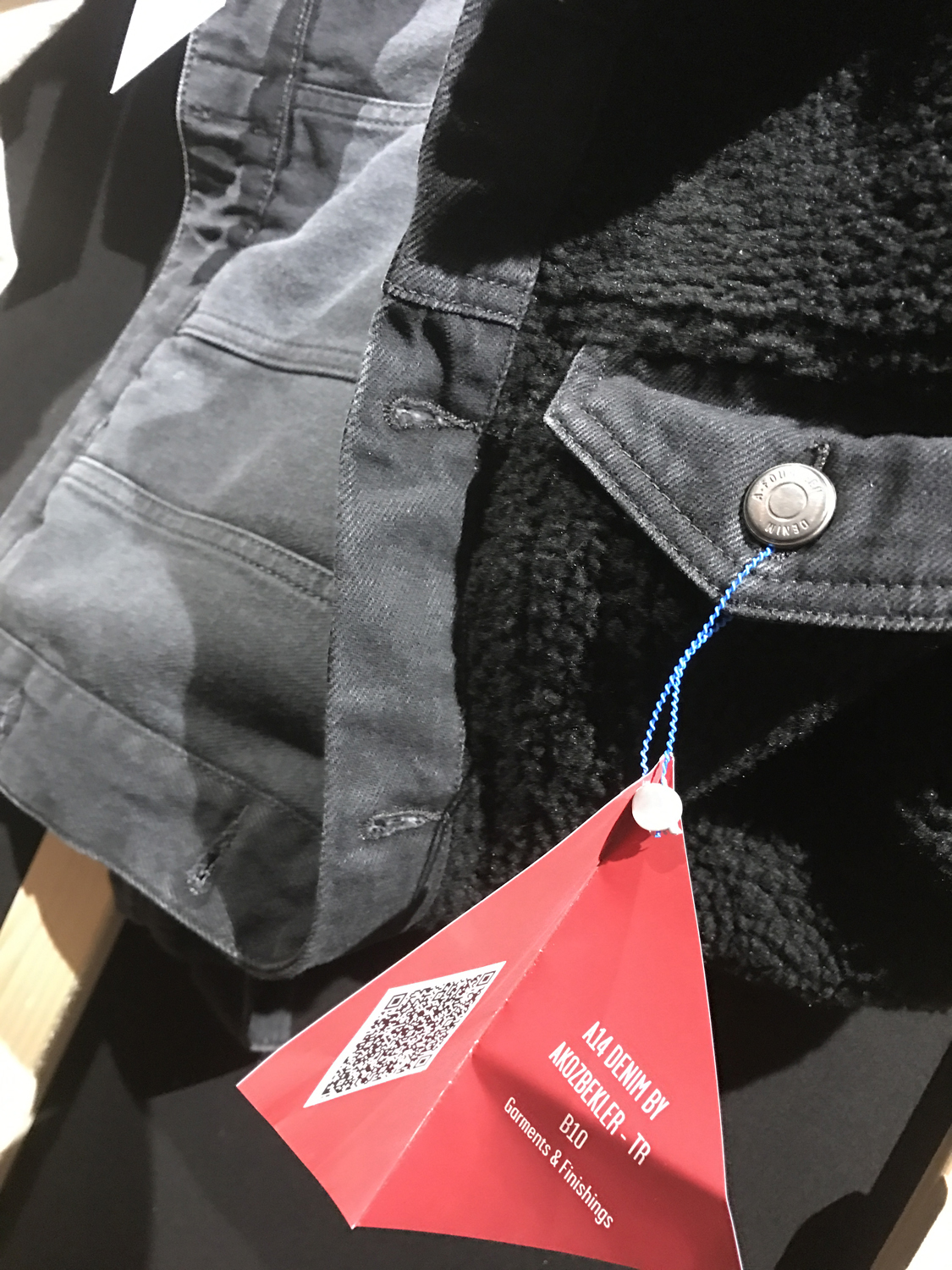 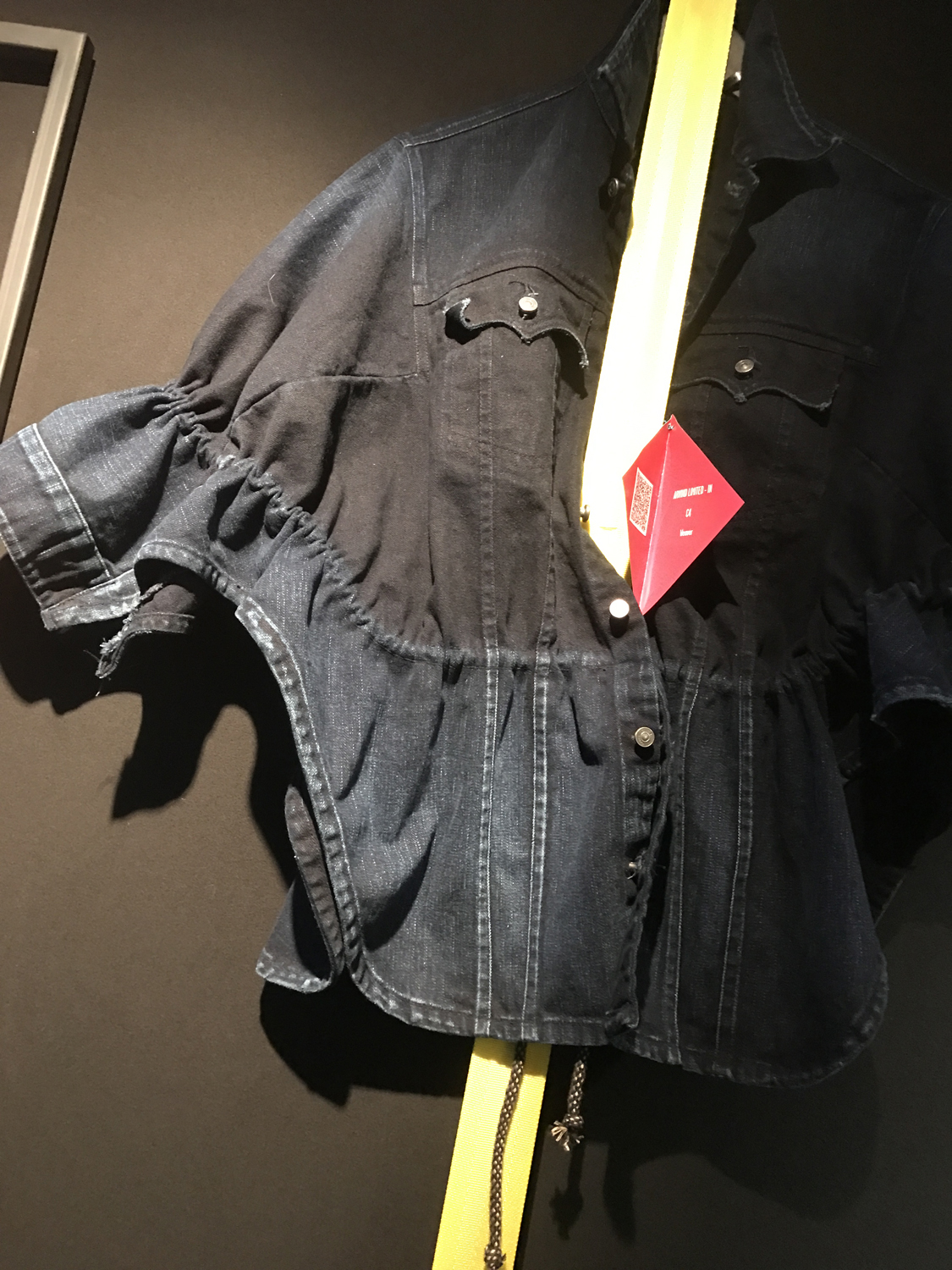