While most of the denim consumption is moving towards lighter weights – both in men’s and women’s categories, Japanese revel in challenging themselves and shocking the world by producing a higher weight than what they did on their last time . Going from 17oz to 21oz, now the bar is 25oz + . Japanese brands compete with each other to bring out that highest weight for their die hard fans  and followers and with each new level of weight the social media goes abuzz – as if a new peak has been conquered . The metaphor is quite appropriate because its not an easy task to produce denim fabrics of such weights or to even stitch them into garments. Made with a 2.5 count, the jeans is strong enough to stand on its own. And its not easy to make this weight. The seconds generation in this weight is usually 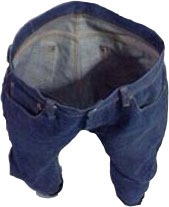 very high – further increasing the cost of the fabric. But the beauty of this fabric is that it has been designed (right from the cotton stage) in a way that , inspite of the ridiculous weight of the fabric , customers are still able to wear and enjoy it. It speaks volumes on the kind of effort that goes into this fabric.

Samurai Jeans has always been considered a leader in bringing out such outrageous jeans and is closely followed by denim brands like Iron heart. In this article we are featuring one of their latest , and limited edition , jeans which have been created on their 15th anniversary to cater to their die hard fans.

Front pocket bags have an original Jacquard pattern interwoven with thin Beige threads which reads “Shogyo Mujo” (諸行無常), a basic belief principle that all things of this world are transient and impermanent; also translated as “Everything is transient and always changing” or “All Things Change”.

The rivets are made of copper with the underside of the front rivets reading サムライ “Samurai” . The selvage ID contains strands of metallic lamé symbolizing the sword which the samurai possesses. The S5000VX25oz uses gold lamé so it is also referred to as  “Golden Sword Selvage“. Golden Steel tack buttons at the fly give that golden look . 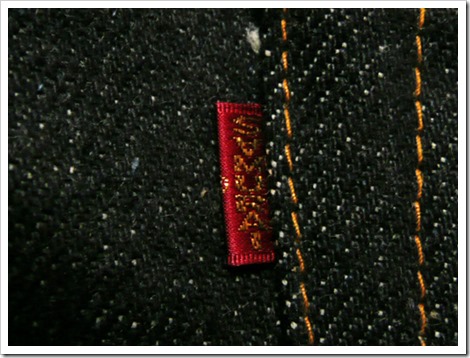 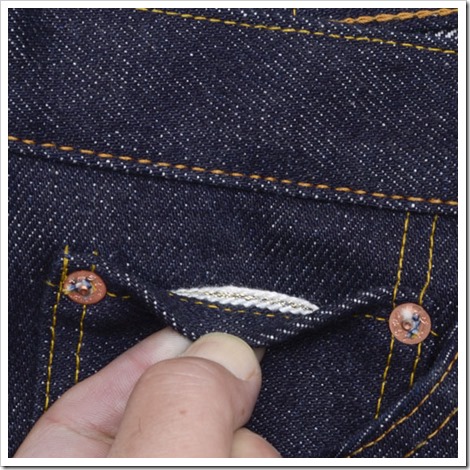 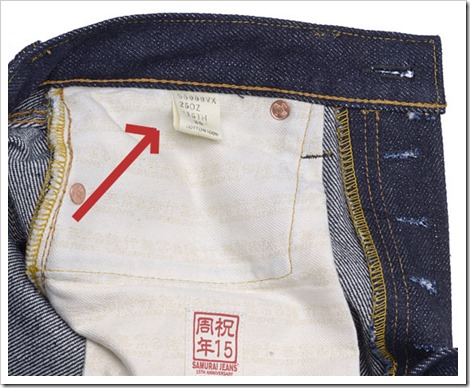 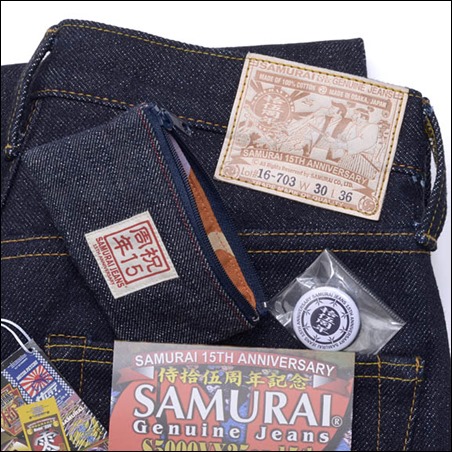 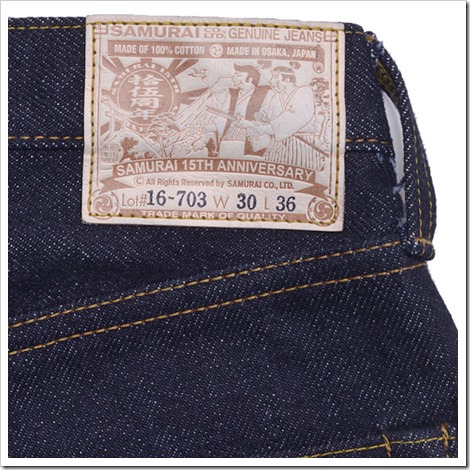 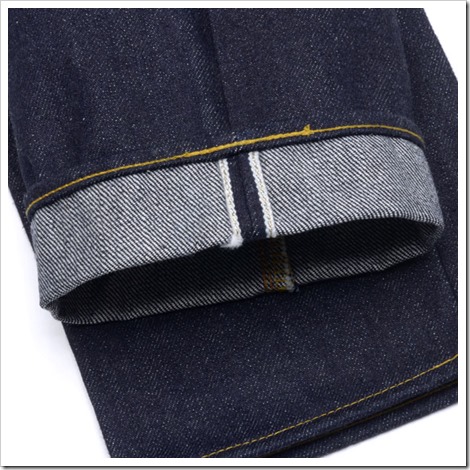