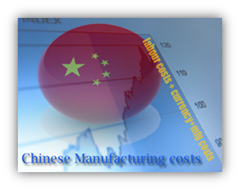 China has been dominating the textile industry scene for over 2 decades. The low cost , high volume model of Chinese manufacturing did wonders for the Chinese economy as well as enabled the retailers worldwide to provide cheap clothing to their consumers year after year. It also enabled China to create huge clusters of textile and garment manufacturing – eg Xintang – which is supposed to be producing and processing over 1 billion mtrs of denim !

However, all is not so well in China nowadays . The days of cheap labour seem to be thing of the past . A recent report by WWD is insightful and brings out the changes in the Chinese economy as it tries to move to its next stage of development. Some excerpts :

The Chinese govt. seems to have already decided that low cost model of Chinese production will no longer work in the future and its emphasis is to create an economy based on innovation rather than manufacturing by 2020 . This vision will have profound effect on the world manufacturing industry as we will see a large number of textile and other products shifting bases of production to other countries. Countries like Vietnam, Bangladesh, Cambodia are sure to gain from this change. But will larger countries like India  also benefit ???   Possibly yes, because the large retailers and brands would not like to be over dependent on smaller countries for their entire productions. We have recently noticed interest by a few international retailers, who did not have presence here ,  to set up the shop in India.