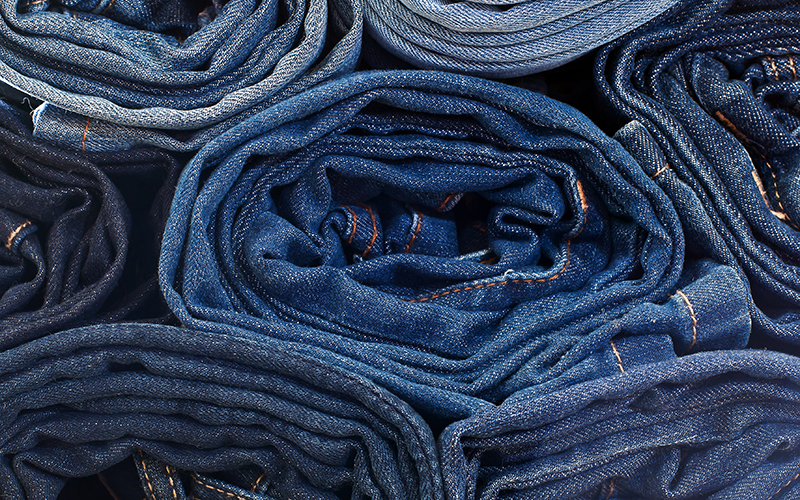 In this report, we’ve analyzed the trend of Denim Jeans from Bangladesh and Pakistan to the EU for the years 2016 to 2018 to understand how these both important countries are performing when it comes to their most important market ie the EU.

Pakistan and Bangladesh both enjoy GSP benefit to EU and this has helped them to take a major share of market away from China which was the previous holder of major share in this market. We try to understand how these countries have developed their exports to the EU during these 3 years 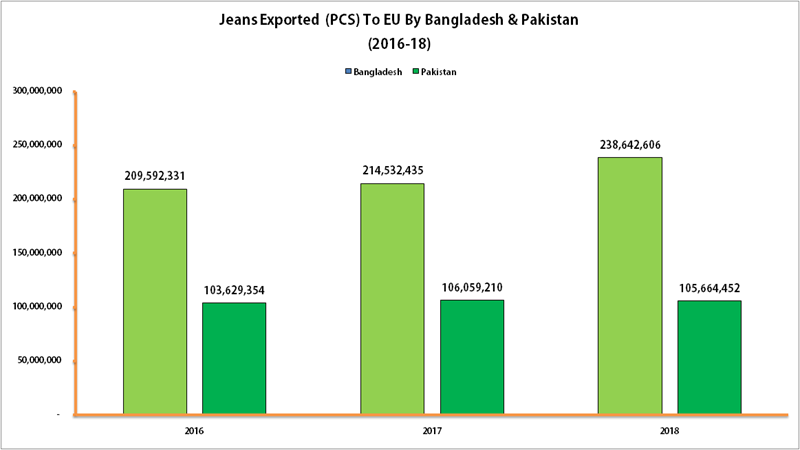 Bangladesh is one of the cost-competitive countries and due to various factors like lower costs, efficiencies and large capacities, the country has been exporting denim at very competitive prices. Bangladesh exported its Jeans at an  average price of Euro 5.71/pc in 2018 whereas Pakistan exported at Euro 7.03/Pc. Though the prices cannot strictly be compared unless there is a comparison of types of products exported, their complexities, volumes,  qualities, types of buyers etc but on broader terms, Bangladesh’s prices were lower than that of Pakistan.

Another interesting fact to note is that both countries have become more competitive in terms of price over a period of three years and we can see the changes in the below table and graphs.Increased competition among themselves and with countries like Vietnam and Ethiopia with a better geographical dividend and huge FDIs in past years made the trade little more intense. It is a reflection of a sad fact of our industry that with each passing year we are actually reducing the prices whereas the costs of production are going up ! .This also reflects that our industry is oversaturated with supply far exceeding the demand. 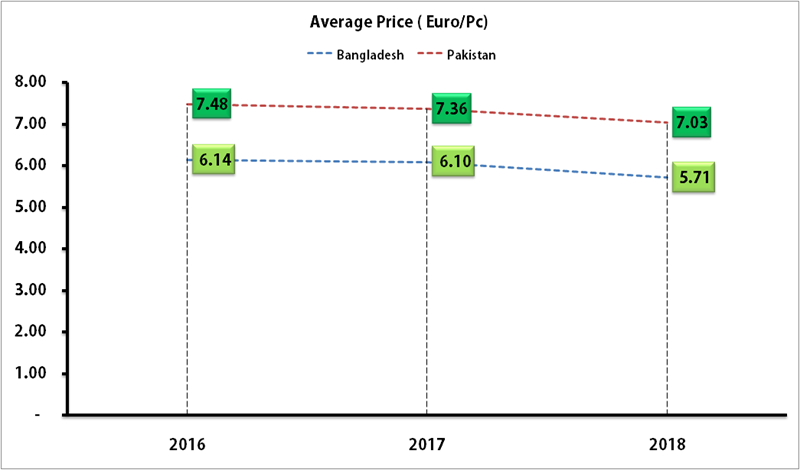 Interesting to note that Pakistan is more focused on Men’s jeans with its Men jeans volume being almost double than that of women. However, in the period of 2016-28, the %age of women jeans is slowly increasing but its exports are still majorly dominated by Men’s Jeans.

Bangladesh also exports more Men’s jeans but their gap between the two is not so much. The exports of Men’s jeans was about 50% more than that of Women’s in 2016 whereas in 2018 it is about 30% more. So Bangladesh has probably better adapted to women jeans production over the years taking a major share away from China which was the major exporter of Women jeans. 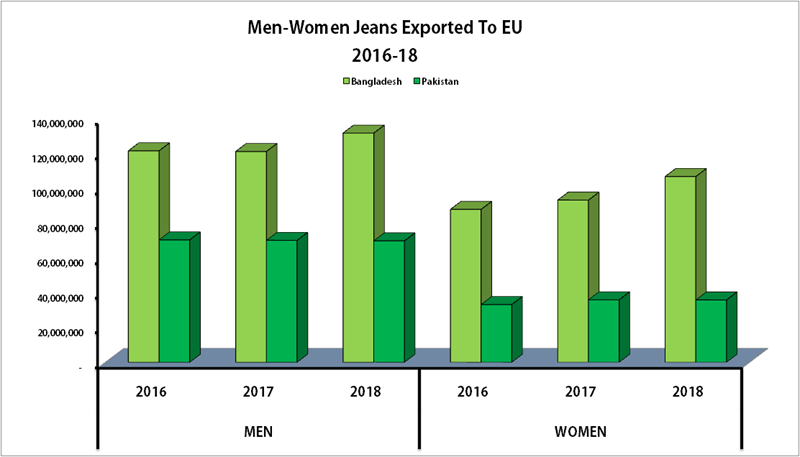 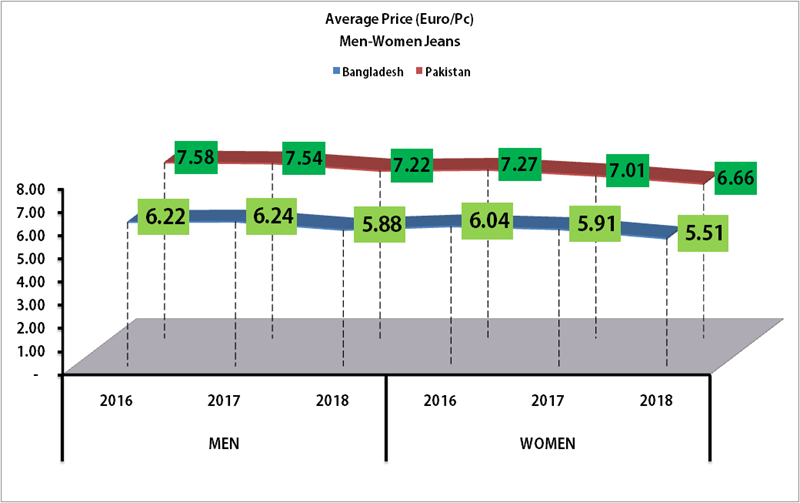 The total volume of both countries stands at about 330 million pieces of jeans to EU. This is more than 50% of total exports to EU which stands at about 600 million pcs. The share of these countries is expected to grow over the next few years and China would be one of the biggest loser of its share in this market.