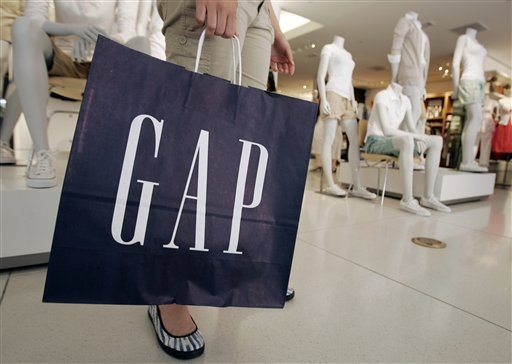 The San Francisco-based company has been struggling to keep pace with the ,so-called ,fast apparel retailers such as UNIQLO and H&M in recent years. The loss of Old Navy boss Stefan Larsson to head luxury fashion brand Ralph Lauren in September hasn’t helped. Larsson was widely credited with turning around Gap’s budget retail brand.

Old Navy sales dropped 8 percent in the three months ending in January, down from 11 percent growth in the same quarter of the previous year, the company said . Banana Republic revenue dropped 14 percent compared with 1 percent year-over-year growth. Gap brand sales narrowed losses, to negative 3 percent from negative 6 percent, indicating some stabilization in the company’s namesake brand. Net sales in January were $813 million, down from $888 million in the same month last year. 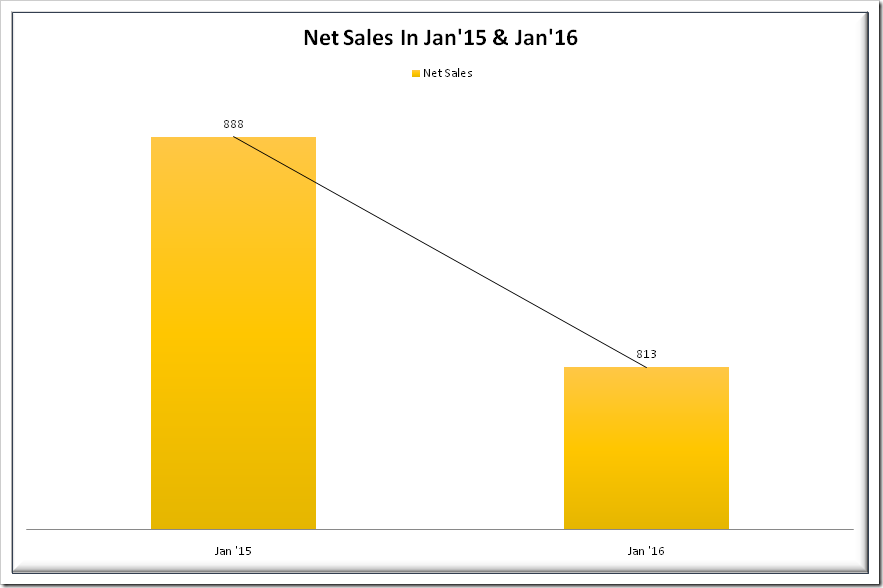 The overall revenue of the company is almost stable with a slight increase though in 2015 increasing to $16.43 billion. However, this reflects poorly when compared with growth in companies like Uniqlo and H&M. 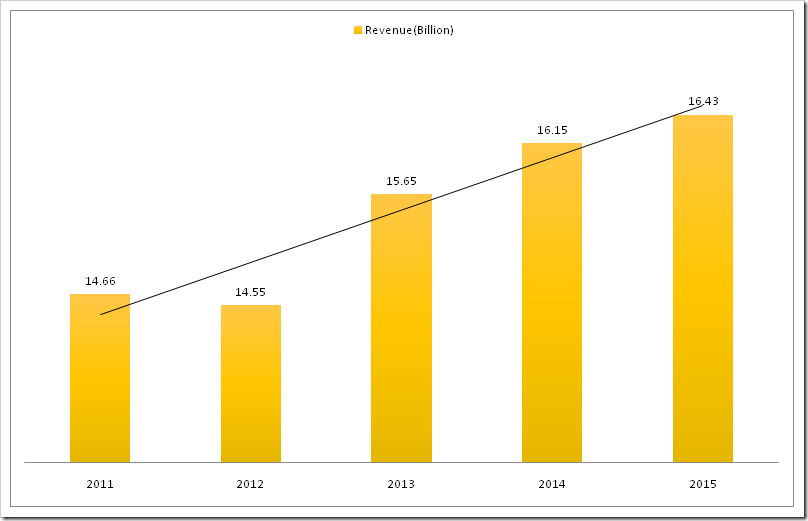 Net income fell from $1.28 billion to $1.24 billion showing the pressure the company is facing in its margins. 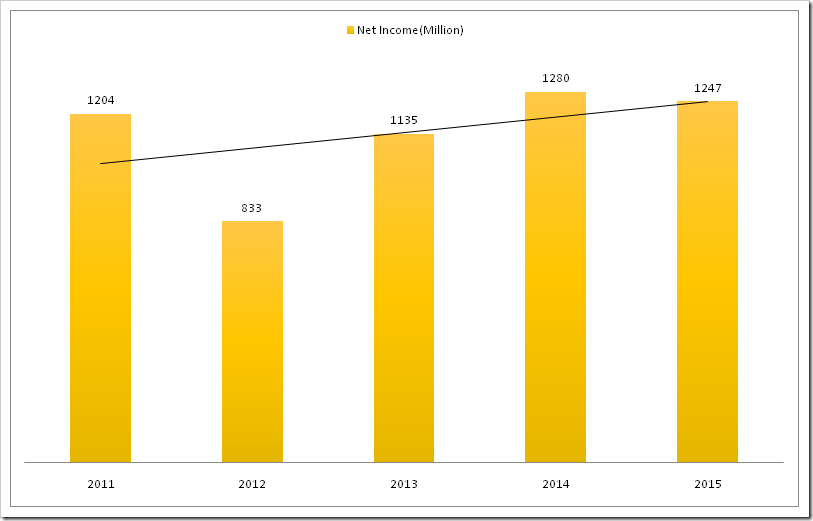 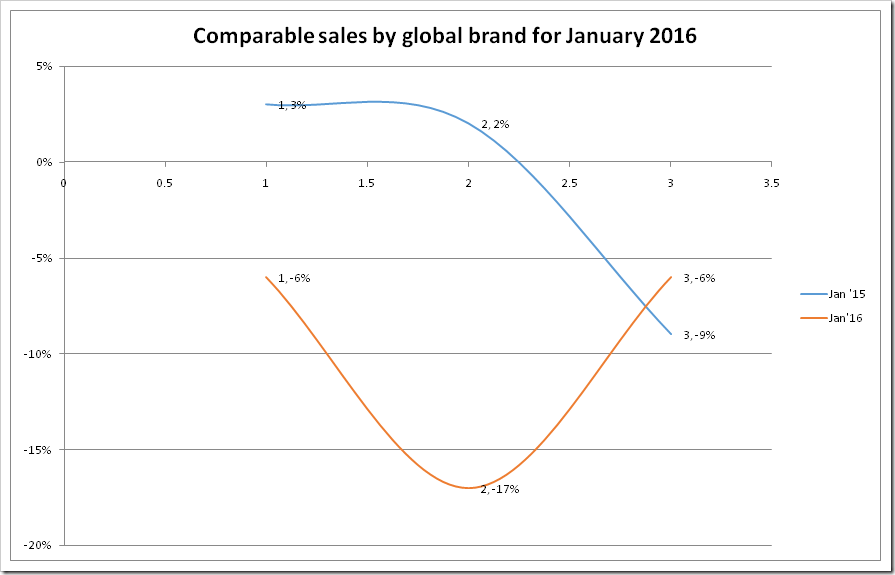 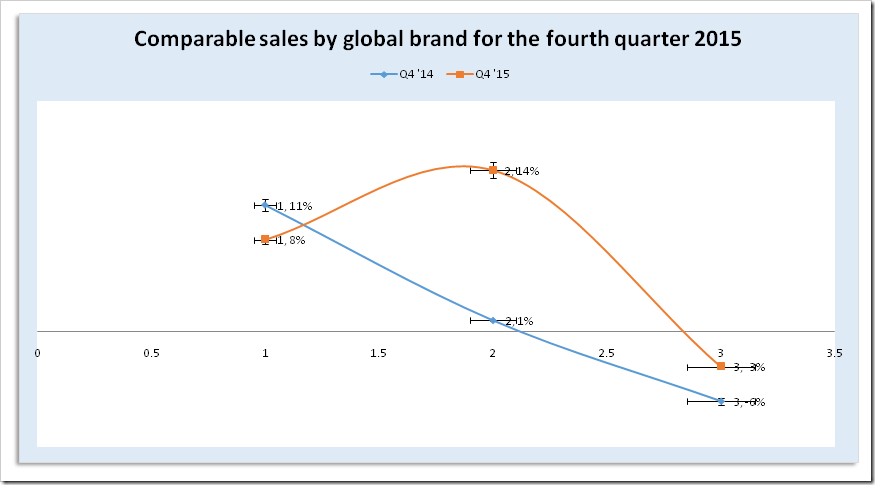 Gap Inc. shares reported lower year-over-year sales and its share price reached to the lowest level at $25.45 . Grim quarterly sales numbers suggest the problems facing the company’s Gap and Banana Republic outlets might be spreading to Old Navy, which had performed well through most of last year. 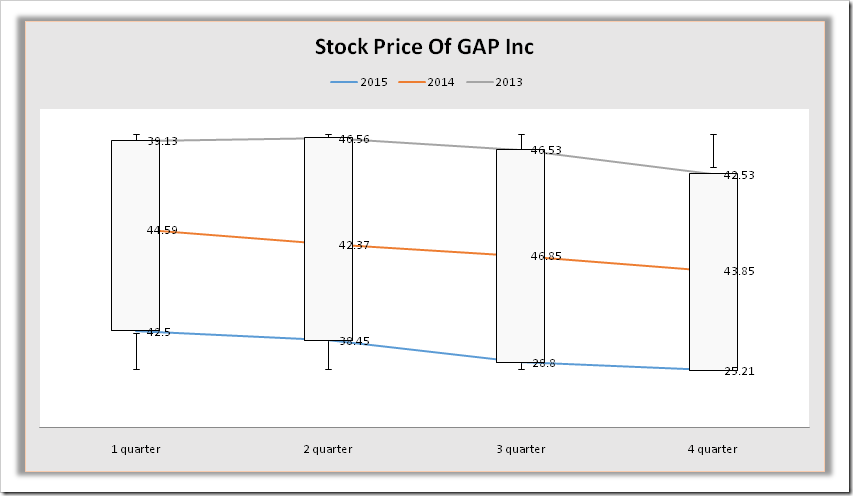 It seems that GAP needs to urgently revamp its sales strategies in view of competition from Fast-Retailers and changing consumer tastes. The consumers are losing their appetite for long established brands in favor of quick fashion and high quality clothing and all the established retailers need to take that into consideration.

The Gap, Inc., commonly known as Gap Inc. or Gap, is an American multinational clothing and accessories retailer.It was founded in 1969 by Donald Fisher and Doris F. Fisher and is headquartered in San Francisco, California. The company operates five primary divisions: the namesake banner, Banana Republic, Old Navy, Intermix, and Athleta. Gap Inc. is behind Inditex Group and H&M in the total numbers of international locations. However, it remains the largest specialty retailer in the United States. As of September 2008, the company has approximately 135,000 employees and operates 3,076 stores worldwide, of which 2,551 are located in the U.S