Imports of Denim Apparel In US : Improves in 2013

The quantity of imports has increased marginally by 2.7% but it has an important psychological impact given the fact that the figures were negative for the last two years. Also to be noted that the imports generally improve further in the second half of the year and we can expect better performance during this period. Price is almost at similar levels with a minor fall. 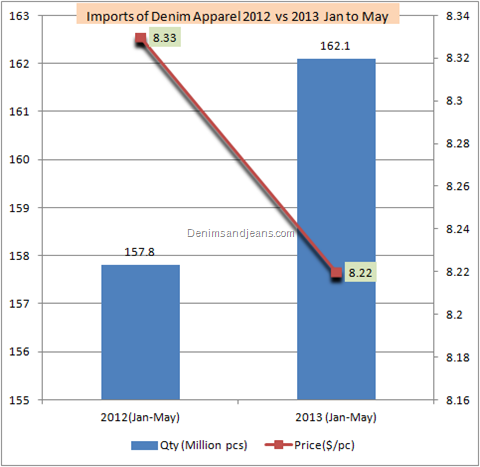 The constant improvement of imports in the first year would add to the positive sentiment for the denim retail in US which has been reeling with falling sales and resultant imports since 2010 and has lost almost 15% ground since then. If the US recovers this lost sales, it would have a tremendous effect on the exporting countries.