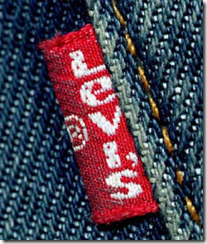 Levi Strauss & Co  announced its financial results for the third quarter ended August 30, 2009 and they were surprisingly poor.

Both the turnover and net profit went down. Turnover was down 6% and net income was down 41%. This is surprising since denim has been the only  one segment in the textile sector which has been showing positive growth in last one year. The  imports of denim is also continuously rising in US with over 6% rise in imports of Women’s denim in the first 6 months of this year.

The company’s says that its reflected the challenging global economy and the adverse effect of currency exchange rates compared to the prior year.At constant currency, the results change a bit, but still show the same trend .

The sales of the company region wise can also be seen below for this quarter. Both the Americas and European region have shown a fall in sales, and only the Asia Pacific region has shown an increase in sales .

Is Levi’s not yet able to fully adapt itself to the changing denim environment like some other companies . Does it need to do something more  in the Premium denim segment like Gap ?