Jeans – Made In Britain !

In UK –in western Wales, a small town charmingly called Cardigan with a population of 4000 once churned out 35,000 pairs of jeans every week for 30 years. In this small town , over 400 people worked in the jeans factory . With the closure of the last denim factory in Britain, these craftsmen have nowhere to practice their skills. Some of them have spent close to 30,000 hours honing these techniques of denim making.

A company called HIUT is trying to bring the humming sound of jeans manufacturing again to this town. The difficult task is being undertaken by the David Heiatt and he is trying to make moves to change all this in this centuries-old town. The company HIUT is being built with money invested by a number of small shareholders all around UK – another unique experiment in building a denim company ..  But  it is really not an easy task  with the costs of production on UK being so high !

However, there are factors which are supporting such endeavours. Recession has made the consumers in Britain reassess consumerism. They are realizing the disadvantages of outsourcing. The local manufacturing 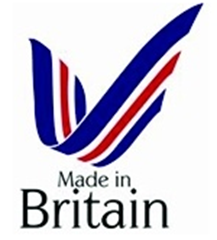 skills are dying and Britain is continuously facing a reduced share of manufacturing in its GDP and is now close to only 12% of GDP.  Consumers  are starting to realize the importance of manufacturing being done in UK to lift the country out of recession. Hence , “Made in Britain” goods are finding increasing support from the consumers.  Govt. has realized this and a made in Britain logo was issued last year so that consumers could easily identify the goods made locally and , hopefully, not get put off by the higher price tag.
This is a sure step by the govt. to promote local manufacturing and to help Britain regain at least some of its manufacturing prowess.

The failure or success of such experiments will determine whether in the future we can look at a decent amount of manufacturing shifting back to the western countries. The factors are supporting such exercise at the moment with the consumers there realizing that the cheap “throwaway consumption” is actually happening at their own cost in the long run. There is an increasing trend to buy “Less but Better Goods”  which are of course more expensive. We have seen the success of premium denim brands in the US with local manufacturing and that gives strength to this concept.
Also, with governments in EU and US realizing that losing manufacturing capabilities has huge impacts in the long run – not only direct in terms of losing such mfg. capabilities , but also in terms of losing innovative capabilities which emanate from manufacturing.  And they will be whole heartedly supporting initiatives to increase manufacturing activities .

So lets wait and watch whether the consumers will lap up the costly locally produced jeans in the UK or not !! Because whatever said and done ,  “ Consumer is the King" !!

Here is a classic  story from Britain on “Less but Better” . I found it on HIUT’s website !

After watching a lecture given by Jacques Maxim in the 1980’s, 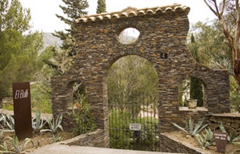 Ferran Adria decided to close his restaurant for 6 months a year. He would use the time to research and create new dishes. Today, El Bulli only opens 160 nights of year and never at lunch. The restaurant seats no more than 52 diners. The number of chefs and house staff is greater than the number of guests. It may not make for a great business, but it does make for great food. Two million people apply each year for the 8000 odd seats. That means 1,992,000 are disappointed each year.