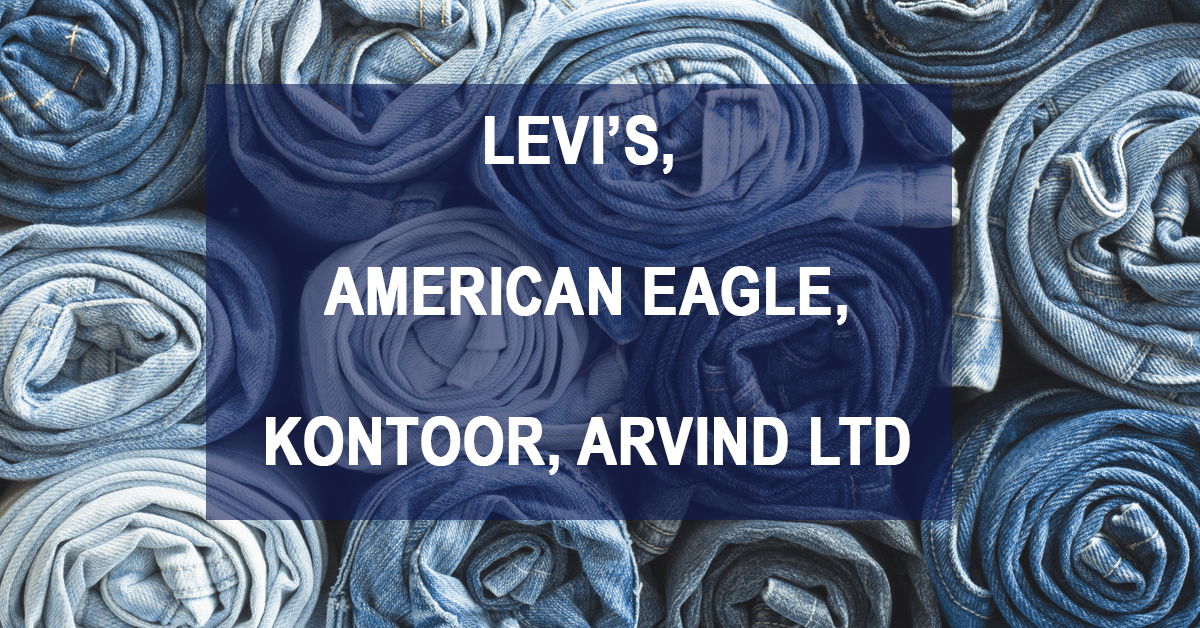 Levi Strauss & Co stood down from the leadership of the cotton trade body Better Cotton Initiative (BCI).  After Chinese internet users raised concern about alleged forced labor in Xinjiang, several brands including H&M, Nike, and other BCI member brands were targeted. BCI is a group that promotes sustainable cotton production. Its members include Nike, Adidas, H&M, and Japan’s Fast Retailing. The China branch of BCI however said in March there were no signs of forced labor in Xinjiang. No further comments were made by BCI since then. Member brands now remain indecisive and stricken as to how and when to respond to the Chinese user’s claims made around them.

American Eagle Rolls Out Its Augmented Reality Campaign On Snapchat

American Eagle launches its new fall‘21 back-to-school campaign, “Future Together, Jeans Forever,” by deploying an innovative virtual shopping experience powered by Snapchat’s “Dress Yourself” tool, and in partnership with cartoon avatar creator Bitmoji. The campaign accentuates a variety of new denim offerings to further the brand’s momentum as a leader in jeans and aims at getting young people excited about showing off new styles as they head back into the world together for a new school year.

The campaign’s innovative augmented reality experience allows Snapchat users and American Eagle fans worldwide to create an outfit from the Bitmoji avatars of American Eagle brand ambassadors Addison, Chase, Madison, Caleb, and Jenna in clothing from the retailer’s “Future Together, Jeans Forever” line, as well as use their phone’s self-facing camera to try on and shop select looks themselves. Combining appealing influencer personalities, both real-life and virtual-avatar-based, and the latest technological trends, like augmented reality, provides a potent way for brands to speak to and with their Gen Z, millennial, and younger customers.

Kontoor Brands’ Wrangler and Lee businesses exceeded financial expectations in Q2. In an earnings call on Thursday, the company reported that Wrangler brought in $311 million in revenue for a 24% increase since last year, while Lee brought in $176 million for a 105% increase. Revenue across all brands totalled $491 million for a 41 percent increase, fueling executives’ confidence for the future. To sustain this momentum, the company is diversifying its offerings through strategic product extensions, focusing on increasingly popular categories like outdoor, workwear, and T-shirts. CEO Scott Baxter said the new categories present nearly $150 billion in total addressable markets, and are a natural addition to the brands’ current offerings. Baxter further said that the shift to casualization is “not cyclical” but will continue to fuel the brands’ relevance over time stating that the industry is seeing a “denim resurgence” in post-pandemic consumerism.

Levi Strauss is set to buy Beyond Yoga and make its entry into the booming activewear segment after a pandemic year that saw job cuts and weakened sales. Levi Strauss expects the all-cash transaction to add more than $100 million to its net revenue by the end of next year. It plans to expand the mostly digital, size-inclusive Beyond Yoga to a wider, more global audience.  Beyond Yoga co-founder, Michelle Wahler will continue as chief executive of Beyond Yoga, a standalone division within the company, and report to Levi Strauss president and chief executive Chip Bergh. Wahler said that the brand was glad to become a part of the Levi Strauss & Co. family and the initiative will aid to accelerate their growth by leveraging the experience and resources of their team and their global infrastructure.

EU Revokes 26% Duty on Women Jeans Imports From US

Arvind Limited, one of the largest textile companies in India, reported Q1 revenue skyrocketing to 140 percent, reaching ₹1,439 crores compared to revenue of ₹599 crores in Q1 FY21. For the period ended on June 30, 2021, textiles business which includes denim, wovens and garments reported a 170 percent jump in revenues to ₹1,176 crores (₹436 crores). The company’s EBITDA for the quarter escalated 460 percent to ₹104 crores with a loss of ₹29 crores. While net loss shrank to ₹8 crores.

Robust export demand for the denim category whose volume grew 2.8 times in Q1 FY22 neutralized the reduction in domestic orders, while the woven category recorded volume growth to 3.3 times. Moreover, garments volume improved 1.8 times year over year. On the contrary, Advanced Material segment sales expanded to ₹193 crores. For Q2 FY22, Arvind Limited predicts exports demand to remain strong along with domestic revival to gain traction from August. The company expects to reduce its debt to near Q4 FY20 levels in the upcoming quarter.