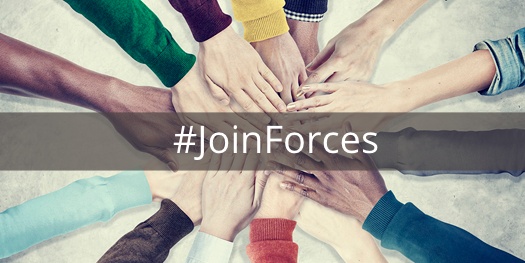 How Fashion Giants Are Contributing In A Fight Against COVID 19

In these challenging times, it is imperative that the world comes together and we try to help each others. It is heartening to see instances of large corporations and brands reaching out to help the global community in battle  against COVID19.

Italy, one of the most favourite fashion destinations in the world, is in serious trouble due to the outbreak of the novel coronavirus. The country has reported over 63,000 cases of confirmed infections and over 6000 deaths in the past few weeks. Globally, over 400,000 cases have been reported so far out of which over 18,500 lost their lives. Other countries in Europe are facing increasing infections and the virus is spreading its tentacles around the world.

To support the government and to prevent the outbreak, the fashion industry emerged as one of the great contributors. Here is how some of the biggest names have contributed so far in this war . Though many of these contributions are not huge, we hope that these will increase in the coming days .

One of the leading luxury fashion retailers LVMH pledged USD 2.3 million to the Chinese Red Cross Foundation and last week, the company also announced that they will be manufacturing hand sanitizer at all of their production lines and will then donate these hand sanitizer to French health departments to fight the pandemic.

Fashion giant company Armani donated over USD 1.4 million to the hospitals in Rome and Milan. Giorgio Armani is one of the first few names who came forward to voluntarily contribute to halt the spread of COVID19.

The swedish fast fashion retailer H&M has donated $500,000 to the COVID-19 Solidarity ResponseFund. Initiated to raise money to support prevention, detection and response to the coronavirus pandemic, the Fund has already received support from Facebook and Google.

Moncler, founded in France has its current HQ in Italy, has pledged to donate €10 million which will be used to build a hospital having 400 ICU units in the Lombardy region of Italy.

Remo Ruffini, the CEO and Chairman of Moncler, said that the company “cannot and must not abandon” Milan, describing it as “everyone’s duty to give back to the city”..

The company has pledged to donate USD 2 million to combat the COVID-19 pandemic.

USD 3.2 million has been donated by Edizione SRL (Investment Arm of Benetton) to the hospitals in Milan, Rome and Treviso.

Prada had donated two intensive care and resuscitation units each to the Vittore Buzzi, Sacco and San Raffaele hospitals in Milan. In addition to this , Prada Group said that it will produce some 110,000 masks and 80,000 medical overalls at least until April 6 and give them to health care professionals in Italy’s Tuscany region.

The Italian fashion house had donated USD 143,400 to the Chinese Red Cross Foundation to help with the shortage of medical supplies in the country. Apart from this, Donatella Versace and Allegra Versace pledged to donate EURO 200,000 to the ICU of Milan’s San Raffele hospital.

Inditex announced that they are going to start manufacturing hospital gowns at its production lines in Spain.

Other brands which have pledged to make protective medical clothing and kits include Kering, Coty, and L’Oréal.

LA based designer Michael Costello and his team are on work to manufacture 20,000 protective masks for health-care workers. Accroding to the brand, a cotton-nylon blend protective mask with upto 74% air filteraion efficiency has been designed by  Michael.

Many other brands and retailers are continuously giving in their contributions and we will keep on updating this on our site .

In these times of stress , the big and powerful have the biggest responsibility to help the public while all of us also need to do their bit to help the community as far as possible. These are testing times and we feel that many among us will come out with flying colors.