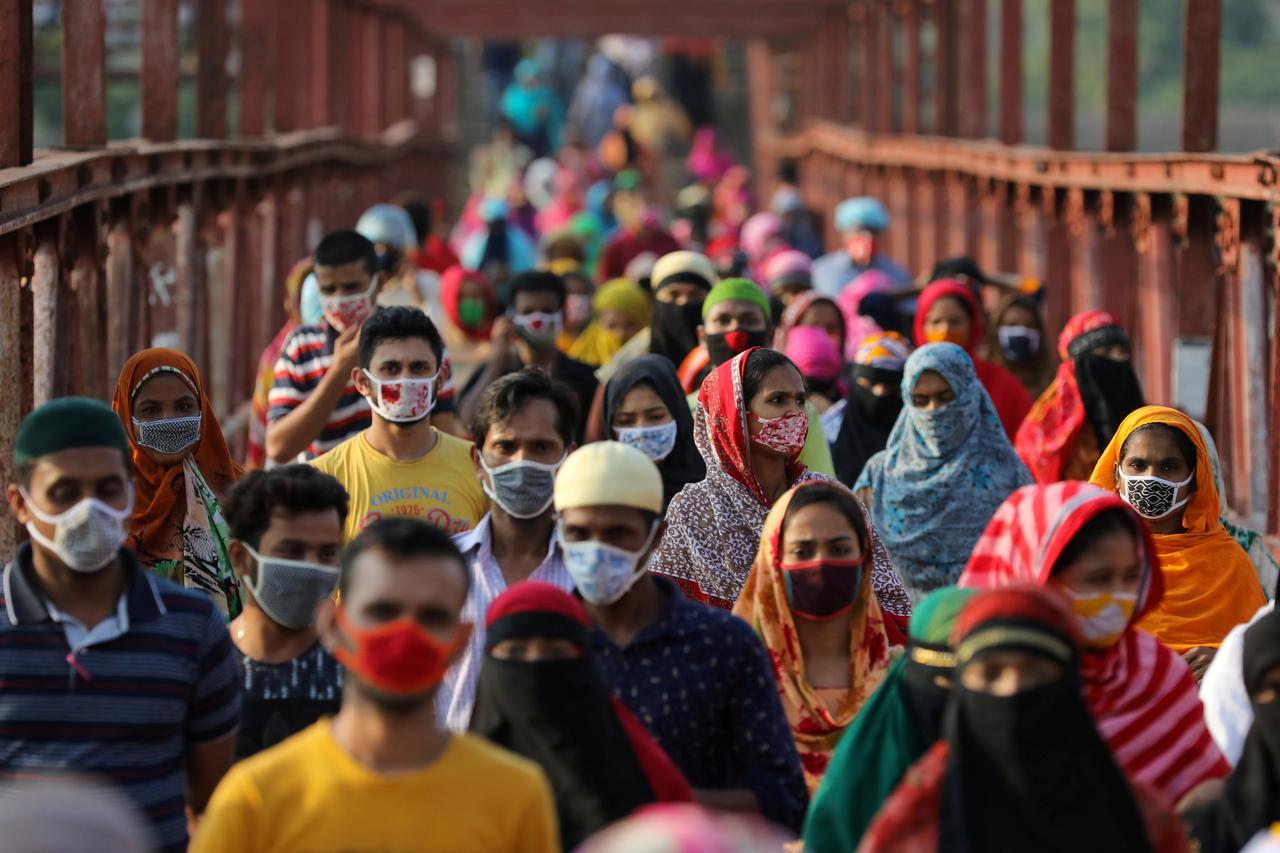 Jobs Of Millions Of Bangladeshi Garment Workers At Stake

Bangladesh, one of the fastest growing economies of South East Asia, is now under serious threat due to ongoing COVID19 which has hit its economy very hard and jeopardised the country’s growth saga.

The country has over 95,000 cases of COVID 19 and on average country has been witnessing over 3500 cases daily. On April 5, Bangladesh was at 117th position in the list of countries with the highest cases in the world. Today, within two and a half months, the country is in the 18th position.

The cases are expected to rise at faster rates in coming weeks and considering the health infrastructure and dense population, experts are anticipating Bangladesh as the new hotspot.

One of the crucial contributors to the The Bangladeshi economy is its Garment and Textile Industry which accounts for 12% of the country’s gross domestic product and 84% of its merchandise exports is suddenly in the crisis due to this pandemic. More than 1,000 factories have been closed or are under process of closing (as per reports) and 2.19 million workers have their jobs at stake.

Bangladesh’s ready-made garments sector accounts for around 80% of the country’s total export earnings. At least 4 million workers depend on the textile industry for their livelihood.

HOW BADLY IS BANGLADESH AFFECTED

In the month of May, Bloomberg reported that garment orders worth $1.5 billion were cancelled and export dipped by 84% in the first half of April. In April, the garment exports amounted to just $380 million, against $2.26 billion a year earlier. In March, the export earning were mere $520 million, down from $3.03 billion in the same month of last year. (Source- EPB)

The country imposed lockdown for few weeks but considering the economic compulsion, lockdown was eased and factories were re-opened. According to BGMEA, currently the garment factories are running at only 55% capacity.

Many reports suggest that over 1,000 brands/retailers have either canceled or put on hold on the orders which may cause the complete shutdown to 1,150 factories leaving 2.28 million workers unemployed.

BGMEA is expecting the situation to be worsened if the western retailers do not come to rescue. The association has even anticipated that up to half of million workers could lose their jobs in June if commitments to pay for ordered stock that was in production when the epidemic struck are not honoured.

Bangladesh was one of those countries which was and was expected to be benefited from the ongoing US-China Trade war along with Vietnam and India however COVID-19 changed the fates.

The country was expected to grow at 8% in 2020 which has been now revised down to less than 2% which may also be revised later. Such abrupt fall has hit the development aspiration and have created serious problems for the country.

The government has recently come with a rescue plan of amounting nearly $12 billion(3.5% of GDP), however another worrying thing before the government is that they need an additional $ 928.48 billion to achieve the Sustainable Development Goals (SDG) by 2030. IMF has recently approved $732 Million Disbursement to Bangladesh to Address the COVID-19 Pandemic.

Post the US-EU lockdown, Bangladesh has started to receive the cancelation threats from all the major retailers and brands, however in later months, when the manufacturers and the associations started to build pressure , a lot of brands assured that they are going to pay for the shipped items.

Apart from that, the parent company of Sears Holding has also refused to pay over $40 million of outstanding debt with its garment suppliers in Bangladesh. Over $21 million worth of products have been already shipped and the same has been store in the USA ports.

One of the USA’s largest retailers – Kohl’s, one of the US’s largest clothing retailers, cancelled orders worth $50m and refused to even renegotiate payments. The company paid $109 million as dividends to the shareholder just weeks before the cancelation.

At this point of time, when everyone is looking to support the local manufacturers, in Bangladesh also, supporting local yarn manufacturers is being discussed, nothing is yet confirmed, however the local newspaper reported that Bangladesh Textile Mills Association (BTMA) sent a letter to Finance, Commerce and Jute Minister for taking necessary measures to curb the entry of Indian yarn to the country.

In the letter, the president of BTMA said

Bangladesh exported $566 million worth of garment items to India in the fiscal years 2017-18 and 2018-19, but imported $7.74 billion worth of textile related items including raw cotton, cotton yarn, cotton fabrics and textiles during the same period this year.

Bangladesh produces yarn worth $12 billion on an annual basis and due to the COVID19 yarn worth $1.4 billion has remained unsold at the factory level over the last two months.

BTMA believes that the Indian Yarn is highly subsidised and is being sold from $2.60 to $2.70 per kg in Bangladesh however the same quality of yarn is locally available at the price range of $2.80-$2.90 per kg.

There has been vocal need for localization not only in Bangladesh but in most countries which feel that the local industry and communities need to be supported . This call will strengthen over time if we see this pandemic still causing distress over long period of time. Globalization is sure to take a retreat in a big way even if recovery from Covid situation is achieved to a large extent because the consumption levels are not expected to reach the pre-covid ones anytime soon and the biggest impact will come on supply chain which is the farthest.