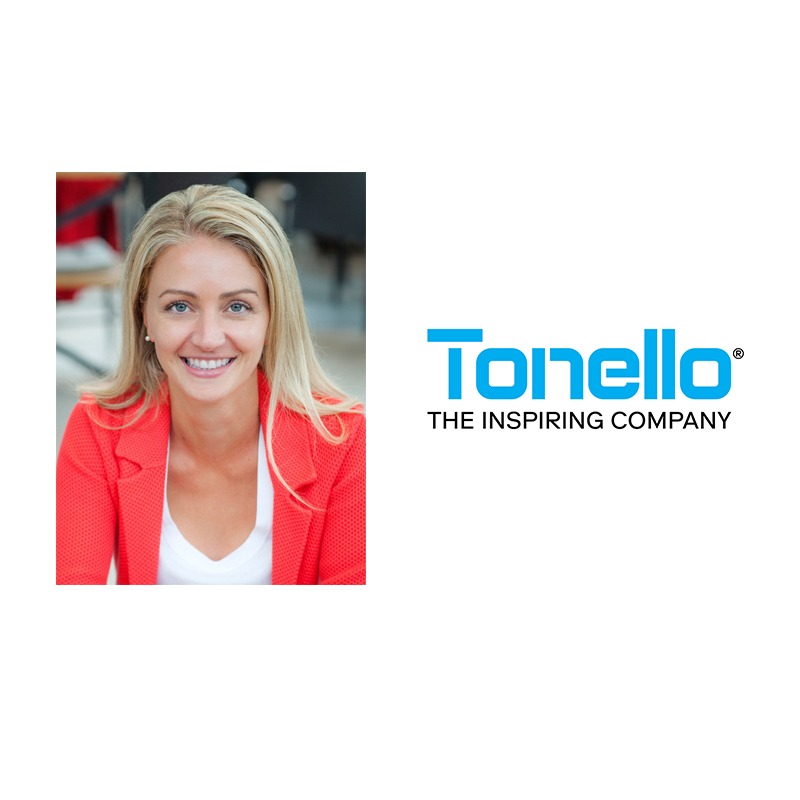 Since 1981, Tonello has led the world in garment finishing technology, helping to make Italy a success story around the globe. It works side by side with its customers, establishing a connection between the stylists and the businesses working on, dying, and completing the clothing thanks to its cutting-edge machinery and one-of-a-kind service. Tonello is regarded as the industry standard for garment finishing, having sold more than 9000 machines globally.

With Tonello joining the first Denimsandjeans Show in Japan, we spoke to Alice Tonello about the history and focus of Tonello during the Japan show.

Tonello Is One of the Oldest Denim Washing Machine Makers in Europe. Can You Share Some Important Milestones in Your Progress?

The company’s official founding year was 1981, which means we recently celebrated our first 40 years in business. However, the company’s founder, Osvaldo Tonello, as well as my uncle, had started laying the groundwork and working under his own name as early as 1975. After that it was a succession of research, experimentation and launching innovations.

Among the milestones, certainly in 1985, with the G1 300, the definitive consecration of the open drum, front opening machine, with front inclination: a revolutionary technology also from the point of view of water saving, compared to previous belly machines. And all this at a time in history when the word “sustainability” was not yet known. It was more about efficiency. Later, in the late 1980s/early 1990s, the first robots for automated spraying and scratching of garments. They marked an incredible revolution for the industry at that time. Then, the first laser in the market, in 1995, and other iconic and successful technologies still to follow, such as Batik and ozone. 1997 represents another important date for us, namely the founding of our research and development center. Even then, in fact, we understood the importance of offering our customers a service that was much more than just selling the machine. Even today, this area is among the most strategic and important for the company.

To make a long story short, and come to the present day, in 2017 we launched the Creative Area as part of the R&D center. A gathering place between designers, brands, manufacturers. A space in which to discuss, inform, learn, update and compare with those who live the world of textiles and fashion every day. But the news does not stop there. More things are on the way that will definitely mark our calendars.

Your First Laser Machine Was Made in 1995. That Was Really Too Early! Did the Industry Understand the Importance of the Same At That Point of Time.

You are right, when we launched the laser technology, the market was definitely not ready for such a revolution. In fact, it is undisputed today the operational, creative and safety advantage that the laser can bring to any laundry. However, in the 1990s, the technology was still in its early days, as were the effects it produced: far too flat and fake for a market that was daily in search of the most authentic vintage looks. In fact, it was the brands then that rejected the laser, precisely because of its inability to create truly interesting effects, continuing to prefer traditional techniques such as manual scraping.

Luckily, over the years, the technology has evolved, and today it is an established practice in many garment finishing processes. Indeed, it allows the creation of automated vintage effects, as well as the creation of prints, graphics, and cuts, in total safety. It also ensures high reproducibility and productivity.

In addition, it creates a new work figure, that of the laser designer, much less “physical” and more focused on the creative side.

Japan is a Different Kind of Market. What Will be Your Focus During Your Participation in Denimsandjeans Show There on Nov 1&2

Japan is certainly a unique market, but already some customers and brands are working with our technologies. In any case, we will present our latest technological innovations to the Japanese market to achieve unique aesthetics and effects in a totally responsible manner.

Examples are Wake, the first 100% natural dyeing system since it uses only vegetable waste; O-Zone, the static cabinet that uses ozone to achieve special effects such as localized discolorations, degrade and sun-bleached effects; and OBleach, the patented process that enables authentic bleach effects without using hazardous chemicals but, again, with only ozone.

It will also be the perfect opportunity to present our brand new Evolution 3 range.

The Key Focus of All Denim Manufacturers Today is To Somehow Reduce Environmental Impact. What Do You Think Has Been Your Contribution Towards This Goal?

As mentioned earlier, for us, reduction in the consumption of resources such as water, energy, emissions and in the use of chemicals has always been the mantra guiding our activity. And this is from the early days of the company, when sustainability was not as in vogue as it is now and some of our customers were not even interested in saving water. It is a daily challenge for us, and we never stop trying to improve. One example is that of our most iconic products, washing and dyeing machines, which after years of refinement we have revamped and launched as the big news of 2022. It is called Evolution 3 and is the new generation of Tonello washing and dyeing machines.

In the Evolution 3, the tried and tested machine construction allows for maximum optimization of water use during each type of process, as well as huge energy savings guaranteed by several improvements. All this guarantees reductions in energy consumption of up to 20 percent compared to previous models, a reduction in overall operating costs and to have greater competitiveness in an increasingly unpredictable market.