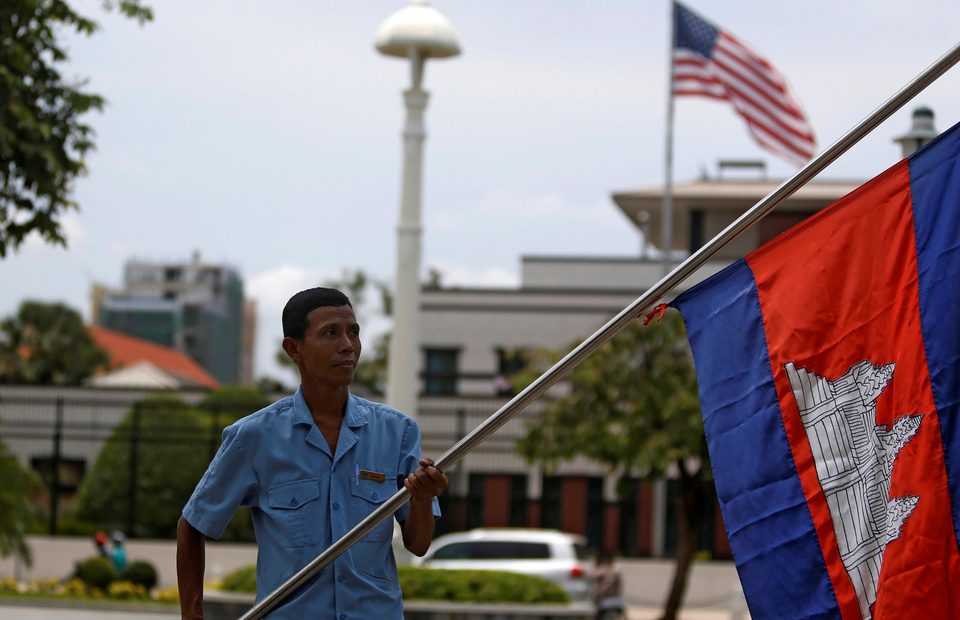 Will CAMBODIA Be Able To Make COMEBACK?

COVID-19 has now infected over a million people and killed over 53000 people in the world. The world powers and some of the most advanced regions including the USA and Europe are facing a complete shutdown for over a week now and in the coming weeks also, the situation may escalate further.

Apart from this, some of the biggest economies of SEA including China and India are also still in great stress due to ongoing panic caused by pandemic, while China seems to come back on track slowly but the rest of the world is still struggling and finding ways to stop the further spread of the virus. The battle is not going to be as easy as it appeared, a lot has been happening and a lot will happen post-pandemic.

The crisis in some of the manufacturing countries including Cambodia, Myanmar, and Bangladesh has been worsening by the day due to cancellation of orders. . Since the majority of the stores in all buying countries are closed, no new orders are expected to arrive in the coming weeks as many brands have refused to pay for the already manufactured orders which further worsened the situation.

According to Human Rights Watch,

Over 20,000 workers employed in Garment factories have already fired and 70,000 workers could lose the job by the next week of April. Additionally,200,000 garment workers are also on the verge of losing their jobs.

TIMELINE – THE RISE AND FALL OF CAMBODIA

The duration, scale and impact of Cambodia’s violations of the rights of political participation and to the freedoms of expression and association left the EU with no other choice than to partially withdraw trade preferences,” said Josep Borrell, high representative for foreign affairs at the European Commission. “The EU will not stand and watch as democracy is eroded, human rights curtailed, and free debate silenced.

The situation in Cambodia further worsened recently when they found it difficult to source raw materials due to the lockdown in China from where they procure 60% of raw materials and now due to the global lockdown, the country is in a huge crisis. The orders from global buyers also started cancelling in a big way.

The Garment Manufacturers Association in Cambodia (GMAC) pleaded and requested all global buyers/retailers not to cancel their purchasing contracts in order to save the livelihoods of millions of garment workers.

Meanwhile, H&M announced that it will review its sourcing strategy in the country. H&M has been sourcing from Cambodia since 1990 and has been working with over 50 factories in Cambodia.

“Due to the lack of adequate initiatives in developing the Cambodian textile industry and a partial withdrawal of the EBA privileges, we will now further evaluate how the EU’s decision will impact our business and production strategy in Cambodia.” company said in a statement.

More than 90 garment factories in Cambodia have reportedly suspended their operations due to coronavirus which affected 61,500 workers so far however more than 250 thousand workers are expected to be affected by mid of April.

In a report released by Asian Development Bank, due to pandemic, Cambodia’s economic growth will witness a fall of 2.3% after twenty years of strong performance. It further added that industry growth is forecast to slow to 6.5 percent, with a deceleration in garment production for exports and slower growth in construction.

THE DENIM INDUSTRY IN BRIEF

As far as the Jeans is concerned, Jeans export from Cambodia to the EU has been reducing since 2017  and by the end of 2019, it is expected to witness a total fall of approx 36 %(Final data is yet to come).

Comparing the export figures, this is to be noted that Cambodia’s denim export saw an upward movement of 1% in the year 2018.  In 2016, the export was 38.93 million pcs which dropped down to the level of 33.98 million pcs. The country manufactures more Women Denim and shares approx. 72-73 % of the total export of Jeans.

You can read the full report at https://www.denimsandjeans.com/subscriber-reports/denim-exports-cambodia-eu-falls-jan-august19/41334

We hope in the coming times, Cambodia recovers and bounces back, strong measures are expected to be taken to ensure the prosperity of the Garment Industry. In the fight against COVID 19 all stakeholders including brands, govt, supply chain and others will have to execute strong roles to ensure survival.

Our prayers are with all and we hope collective efforts will help us to win this battle against COVID-19 pandemic.