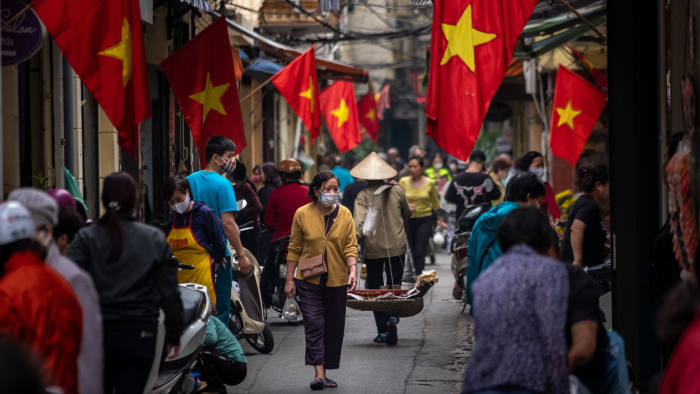 Last week, we did a detailed report on Bangladesh and Cambodia and tried to understand the repercussions of COVID 19 on the Textile and Garment Industry.

In this report, we’ll try to understand the situation of Vietnam due to lockdown in China and also the challenges Vietnam has been facing and will face in the coming weeks due to the lockdown in the USA and EU.

Vietnam’s growth story has been known to everyone, and the globe is looking towards Vietnam as an alternative to China.

Vietnam is now one of the biggest garment exporters to the USA and also it has signed a very important trade agreement- EVFTA which was supposed to take effect this year, after which it was anticipated that Viet Nam’s export value to the EU would increase by 20% by 2020, 42.75 by 2025, and 44.37% by 2030. However, COVID 19 has punctured all the hopes for now.

Overall exports to Europe in 2019 were $41.48 billion and the major contribution came from textiles, footwear, machinery, and agriculture produce, and Germany emerged as the largest market. Vietnam also recorded a trade surplus of $26.6 billion.

Lockdown in USA and EU and Its Impact on Vietnam

Vietnam has managed to contain the outbreak but since their dependence on Chinese raw materials led to further delays in the order and after the global lockdown, the buyers started to cancel the orders.

Europe is now almost closed and shipments are more or less cancelled since early March. Hence the first and second quarters are going to be severely affected by the turmoil for Vietnam. But as some normalcy is restored, Vietnam is the country that will be benefiting the most. This is not only because they will be seen as replacement for Chinese apparel but also because they handled the COVID 19 problem so successfully . This will create increased confidence of world community in their governance .

Many trade bodies of different countries requested the US and the EU buyers not to cancel the orders. Nine countries’ garment associations including VITAS also signed the joined statement released on April 13 through which buyers have been urged to honor the purchase contracts.

To resume the supply chain, Vietnam and South Korea have started to work on a plan under a collective partnership. Vietnam is the 3rd largest export destination for South Korea.

Both the countries are a part of EVFTA and thus a concrete business plan has been developed to allow businesses to immediately exploit the combined origin of textile materials under the EVFTA, to take advantage of high-quality textile and apparel materials from South Korea, serving production and export of Vietnamese textile products to Europe.

Both the countries have also agreed to process all the certifications in regards to the ORIGIN CLAUSE electronically and within a quick time frame.

IMPACT OF COVID 19 ON VIETNAM’S ECONOMY

Over 30,000 enterprises stopped their operations temporarily and in some cases, it has been learnt that the operations have been also suspended for Q1 2020. The government has proposed economic incentives including tax breaks of up to $2bn and a credit package of over $11bn.

The Asian Development Bank, while predicting the country’s sharp decrease in GDP growth, said that the Vietnamese economy remains ‘uniquely robust’ in the subregion.

Vietnam has managed to contain the outbreak very professionally and have been receiving applauds from everywhere for its efforts. Vietnam’s success in curbing the pandemic has been attracting global attention including the eyeballs of foreign investors and its traditional advantages of cheap labor, political stability, and proximity to China may add some more points to the considerations. There are some more economic aspects which have been reported so far, these are as follows:

Not only Vietnam, but the entire globe is also in distress now. We need to see how the situation evolves. However, the global leaders in the industry are still not positive.