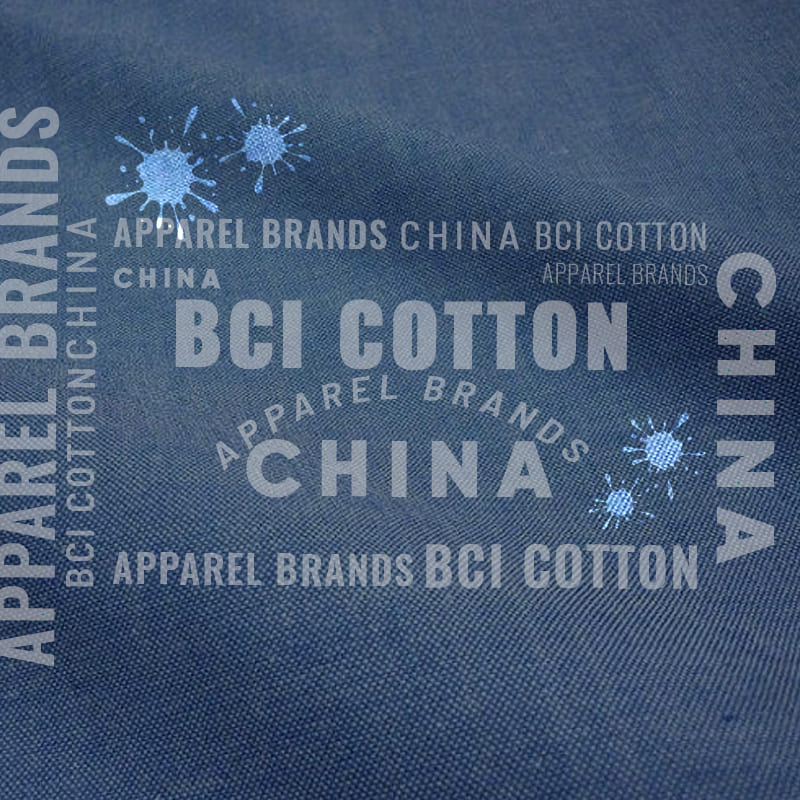 Levi’s And Others Leave BCI , China Backlashes Against Brands

Xinjiang  is the leading producer of cotton in China, accounting for about one-fifth of the world’s cotton production and four-fifths of China’s domestic cotton production. We all know about the controversy surrounding this region and the resultant ban on usage of cotton from this area by US and others .  In March last year, the Better Cotton Initiative suspended licensing and assurance activities in Xinjiang due to “persistent allegations” of forced labour. Then in October, BCI announced that it was withdrawing from the region, citing “sustained allegations of forced labour and other human rights abuses” leading to an increasingly untenable operating environment. China rejects accusations that any human rights abuses occur either within the Xinjiang cotton industry or within China overall.

In September 2020, Swedish retailer H&M, the world’s third-largest fashion retailer by revenue last year said it had stopped using Xinjiang cotton, following advice from the Better Cotton Initiative. US sportswear retailer Nike also said it would no longer source products from the region and would also ensure that its suppliers were not using textiles or spun yarn from the region. This unprecedented situation led many brands into a tricky situation where they also have China as one of their largest markets and avoiding Xinjiang cotton leads to a bad press in China and clash with the Chinese govt.

For the apparel brands, their dilemma is heightened by the fact that the Chinese government has weaponized China’s consumer market. In fomenting nationalist outrage, Beijing is seeking to pressure the international brands to pick a side — to ignore reports of forced labour or risk their sales in the world’s largest potential consumer market. Even as statements about Xinjiang cotton from apparel companies have failed to ease human rights concerns, they have provoked outrage among Chinese consumers. It was also worth noting that the flurry of boycotts came just a week after the US, EU, UK and Canada imposed sanctions against several Chinese officials over suspected human rights abuses in the Xinjiang region.

State media accused H&M and other brands of improperly profiting from China while criticizing it. That prompted Chinese retailers and internet companies to distance themselves from the Swedish retailer, though other brands still were available on e-commerce platforms. H&M products were missing from major e-commerce platforms including Alibaba and JD.com following calls by state media for a boycott over the Swedish retailer’s decision to stop buying cotton from Xinjiang. That hurts H&M’s ability to reach customers in a country where more than a fifth of shopping is online.
To cope with the massive loss, H&M issued a new communication, beseeching Chinese consumers to return. “We are working together with our colleagues in China to do everything we can to manage the current challenges,” said the statement, which did not mention Xinjiang. “China is a very important market to us.”

Major sportswear brands Nike and Adidas also came under attack on Chinese social media over past comments that the fashion brands have made about labour conditions in Xinjiang. The sportswear companies were the latest caught up in a backlash prompted by a Chinese government call to stop foreign brands from tainting China’s name as internet users found statements they had made. Both Nike and Adidas, which have been growing rapidly in China, have said previously that they do not source products or yarn from the Xinjiang region. Adidas declined to comment and Nike did not respond to requests for further comment. Some internet users said they would stop buying Nike and will support local brands such as Li Ning and Anta, while others told Adidas to leave China.

Burberry lost a Chinese brand ambassador and its hallmark tartan design got scrubbed from a popular video game, becoming the first luxury brand assailed by the Chinese backlash. The company’s iconic plaid design was also removed from the clothing worn by characters in Tencent Holdings Ltd’s wildly popular video game “Honor of Kings”, according to a post on the game’s official Weibo account which won praise from China’s netizens. Last year, Burberry said it did not have any operations in Xinjiang or work with any suppliers based there, adding that it did not approve any form of modern slavery among its suppliers.

Albert Candiani : In A #CovidTimes Talk

US denim retailer Levi Strauss has stood down from the Better Cotton Initiative (BCI) leadership according to reports .  Levi’s s chief sustainability officer, Jeff Hogue, is longer listed on the BCI Council which guides strategy at the cotton NGO . No statement has been issued on this matter – perhaps due to its sensitivity . China-based subsidiary of Italian sportswear brand FILA said that the company had always used cotton produced in Xinjiang. FILA was acquired in 2009 by Chinese company ANTA Sports, which said that it had started the process of quitting BCI. The company’s announcement came after the BCI decided to suspend licensing of BCI cotton from Xinjiang on the ground that it has become increasingly difficult to conduct credible due diligence in the region, echoing Western accusations of labour abuse in the region.

How BCI falls to the ground with its allegations

The Better Cotton Initiative is a not-for-profit organization that was founded in Switzerland in 2005. One of their prime missions is to certify cotton farms globally. BCI has about 2,100 members including cotton farmers, textile companies, and retail brands. In October 2020, BCI said that they planned to stop servicing the area because of persistent reports of forced labour. China, of course, was not pleased with BCI’s statement and in a curious twist of fate, their local BCI Shanghai branch remarked (in total contradiction to BCI Headquarters) that: “they never found a single case related to incidents of forced labour” in the area.

Located in London & Geneva, BCI has gone “radio silent” on the Xinjiang subject and remains unresponsive to inquiries about the situation. BCI even removed their October 2020 Headquarters posting from their website. Faced with a barrage of anger over its position on Xinjiang, an organisation that prides itself on “creating transparency” – has gone to the ground.

With the BCI allegation floating in thin air, and BCI members (like H&M, Nike, Adidas, & Burberry) are still under full attack from Chinese social media accounts. The South China Morning Post reported that China has developed a replacement strategy for the Better Cotton Initiative program. China will use Beijing based Zhongnong Guoji to analyze conditions on the farms and to handle certifications in the region. The new group is called Weilai Cotton. Weilai Cotton spokesperson Zhao Yan said: “We have been living with Switzerland’s (BCI) standards for years, but the country doesn’t even produce cotton. Now It’s time to form our national standards.”

Battle lines have been drawn for long now . We all need to see how the situation pans out in coming months . The whole issue has wide ramifications on the supply chain – increasing its complexities – and we have seen how it has been affecting the whole industry besides a larger impact on cotton grown areas like India .