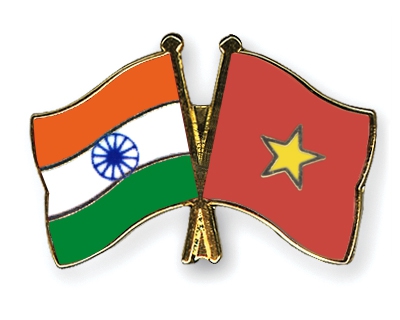 After the global outrage, China has been facing a unique global withdrawal as many of the countries have decided to move part of their operations as well as manufacturing from China due to known reasons.

Moving away operations and manufacturing set up from China is very difficult as well as the complex task however there are many companies including Apple, Nike, and Hyundai have already started the process and will complete the shift in a phased manner within a few years. Japan, on the other hand, asked the factory owners based in China to bring back the factories in Japan and they will be subsidized for the same. Japan announced a package of $2.2 billion to Japanese manufacturers to help them relocate their overseas factories. China is one of the biggest trade partners in Japan.

But the million dollar question here is if NO CHINA, THEN WHO?

Near-shoring is something which was widely talked and the buying countries had shown some indication that they might prefer the local sourcing however in a society where the consumer is largely price-driven, a reasonable change in average price may affect the brand sale therefore most of the countries are now looking for a long term alternative to CHINA.

Among others, India and Vietnam are two prominent countries that are being considered to attracting shifting projects.

India is a huge country with over 1.3 bilion + population, more than half of whom are aged between 21-30 , making its world’s youngest pool of workforce. The country has also abundant resources to produce raw materials as well as a good infrastructure to produce finished goods.

On the other hand, Vietnam with a mere 100 million population has become the largest garment exporters to the US and the world’s #1 shoe exporter. Vietnam has been found to be one of the most attractive investment destinations, thanks to bilateral treaties and FTAs with important buying countries/regions including Europe, Japan, and South Korea.

With 100 million people, Vietnamese exports are almost at par with an economy that has 1.3 billion people and has one of the youngest workforces in the world currently.

Vietnam also received a lot of applause for the COVID management, very few casualties, and mere hundreds of active cases now in the country. While India is still struggling to contain the virus. COVID 19 affected both the economy, India’s Q1 GDP growth came into negative while Vietnam’s is still in positive in number by the end of Q2 2020.

Vietnam’s crucial FTA with the EU is expected to change the fate of Vietnam as it would give direct exposure to $18 trillion economies to Vietnam and will allow European manufacturers to invest in Vietnam.

A lot of European apparel brands are expected to shift their sourcing base from China to Vietnam due to preferential treaties as well as the anti china sentiment however the rule of origin per se may somehow hurt Vietnam as the country is yet not prepared to cater the raw material demand. However, Vietnam lacks strength in fabric production and is dependent , mainly on China, for most of its fabric imports with over 60% coming from there . In this area, India has specific strength . “

However, India has certain strengths over Vietnam

All these strengths will also enable many companies to put some of their productions in India also . But it is sure that this time, the retailers will not be putting all their eggs in one basket and will diversify their risks by being present in different countries from Vietnam to Bangladesh to Indonesia, Pakistan, India, Sri Lanka , Ethiopia and more . We are going to see a diversified sourcing base where one country will not be able to dominate supply chain.