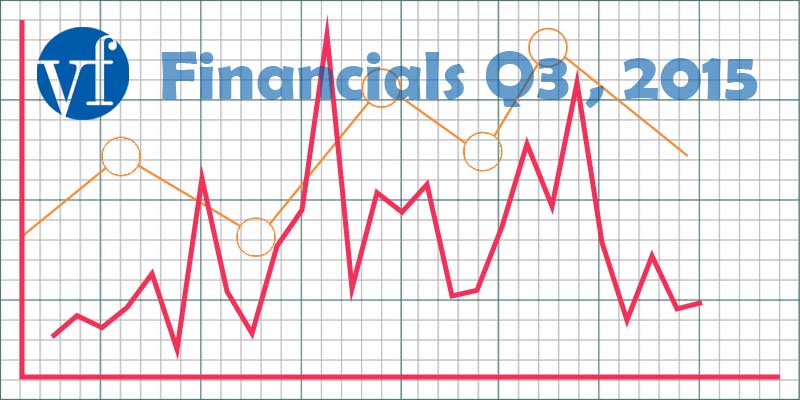 VF Corporation, with well known brands in its stable like The North Face®, Vans®, Timberland®, Wrangler®, Lee® and Nautica® , is a global leader in the design, manufacture, marketing and distribution of branded lifestyle apparel, footwear and accessories. The company’s highly diversified portfolio of 30 powerful brands spans numerous geographies, product categories, consumer demographics and sales channels. Denim and jeanswear is one of the key segment where VF brands have a powerful presence . A study of VF’s financials gives an idea of the direction company is taking and some idea on how consumers are reacting to various segment offerings.

In 3rd Quarter 2015, VF Corporation’s total revenue was $3612.83 million, out of which Jeanswear was $747.87 million which  is a 20.57%  share of total revenue. The share of jeanswear has fallen marginally while Outdoor & Action Sports has taken a big jump of about 2%  in sales. This is not surprising as Activewear is the current flavor of the consumers and VF, like many other brands, are trying to are struggling to keep their denim sales to the  same levels. The increase of about $100 million in VF sales can be mainly attributed to the Outdoor and Action Sports segment  . 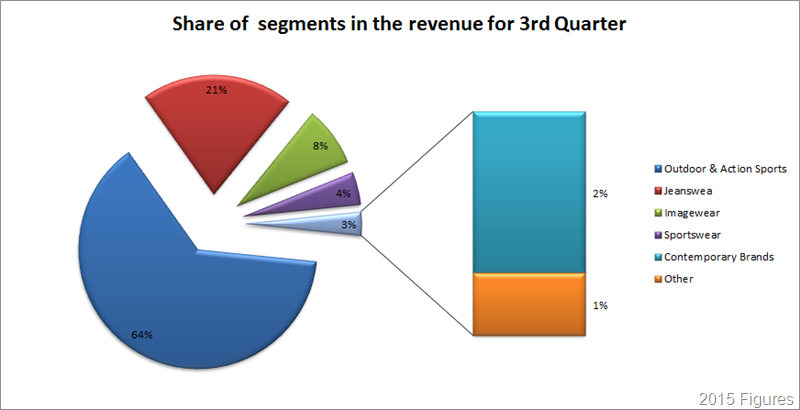 If we look at the total sales in 9 months for VF , we will find that only Outdoor & Action Sports is the segment which has a positive growth while all other segments are experiencing a sustained fall in turnover. The increase of sales this year of about $260 million can be wholly attributed to OUTDOOR segment. This clearly shows how important this segment is getting to be for VF. And not only VF, it is true for many other brands who have a diversified portfolio.

For the first nine month of 2014, the sales figure was $8703.30 million while for the same period in 2015, the sales increased by about 3% amounting $8963.99 million. The major part of this increase is contributed by Outdoor and Action Sports and a small contribution by Contemporary Brands. Jeanswear is on a shrinking mode as it reduces marginally trying to keep the share of 2014. 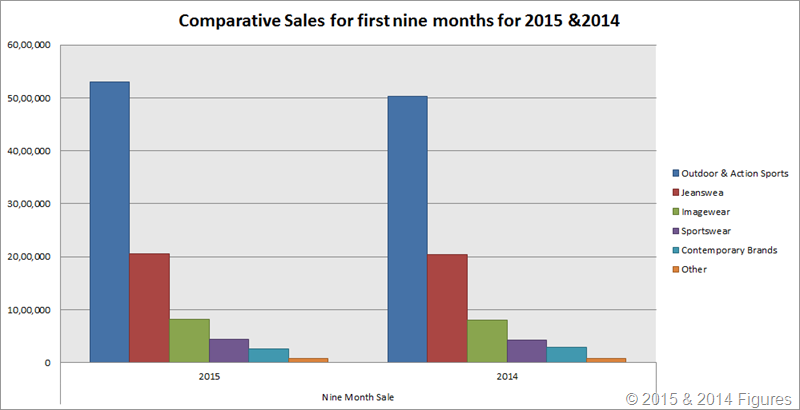 On the whole, VF is increasingly becoming a corporation getting its maximum turnover and profits from Activewear segment and looks increasingly focused in this area as more and more energies of the organization get diverted to this high return segment.