Near Sourcing Denim And Other Apparel 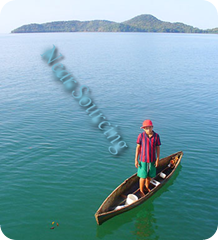 EU and US have learnt an important lesson during recession. A strong manufacturing base helps in creating jobs and income and creates a cushion in recessionary period. But financial realities makes it difficult to bring manufacturing specially of low technology products like apparel back to these regions. Asian countries specially China has, in the last two decadeds, literally gobbled up a major part of manufacturing capacity  to become the “factory of the world”.

However, as Financial Times notes , few factors are changing that.

This is leading many retailers to move to lower cost destinations like Bangladesh, Vietnam, Cambodia, Pakistan etc.  The US retailers also feel it might be a good idea to be in Latin America and the Carribean.  South America tends to gain when China is losing .

The retailers in EU , on the other hand, are trying to get things back into nearby countries in Eastern Europe and South Europe. The crisis in Europe and efforts to improve its manufacturing prowess, are also contributing to the trend. Asda , the British arm of Walmart  – as FT mentions – is buying some fabric from UK this year. This is not a surprise as we have seen companies trying to bring up jeans production in UK . All these developments are symptomatic of  “NEAR SOURCING” – terminology for getting products from near home.
However, there is also lot of caution as retailers just don’t want to go long on sourcing near. Tesco wants  to avoid long term contracts with European suppliers as there is still an element of risk.  But if “Near Sourcing” accounts for even a couple of % points, it can make a huge impact on the region.

What is your take on Near Sourcing ? Do you think it is for real and it is a developing trend? Do share your thoughts …