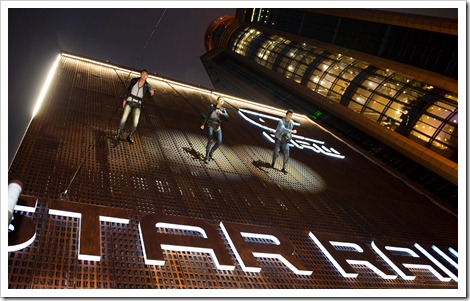 On 21st Feb G-Star RAW officially opened its global flagship store in Hong Kong in the iconic Times Square area in Causeway Bay on Hong Kong Island. G-Star, known for its innovative and cutting edge style in the world of denim, hosted an eclectic night of performance, art, music and fashion . The most awe inspiring was the Vertical Catwalk from the top of the building by the models/stuntmen.

The second Hong Kong store is G-Star’s largest store in the world, accounting for 7,319 square feet of denim innovation. G-Star has expanded rapidly over the last few years, opening stores in the world’s biggest metropolitan capitals from Tokyo to New York to Sydney to Los Angeles. In December 2011 G-Star celebrated the opening of its 300th store at Rodeo Drive, Los Angeles. Currently G-Star has over 6,000 points of sales in 70 countries. 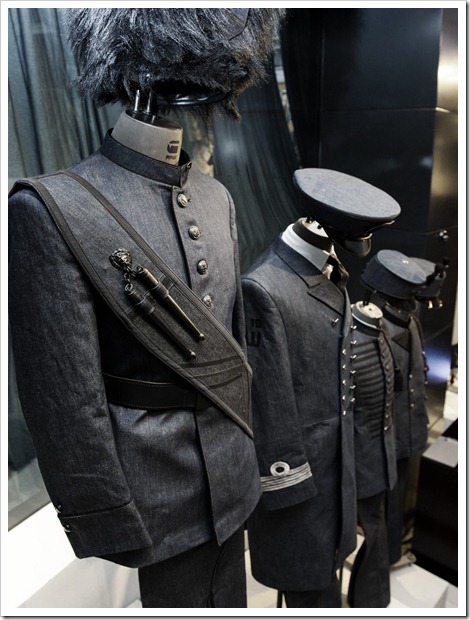 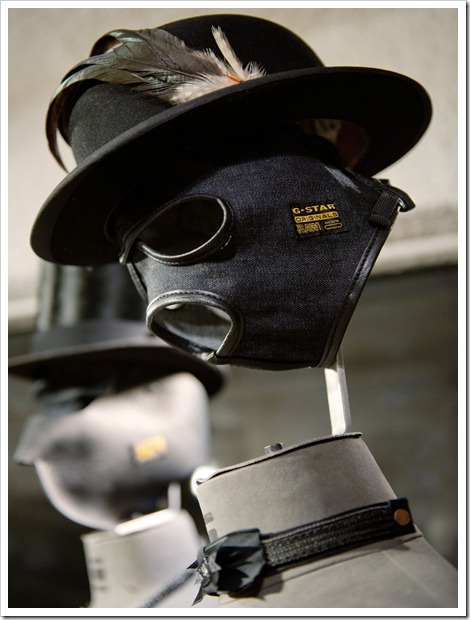 Here is a video from the show