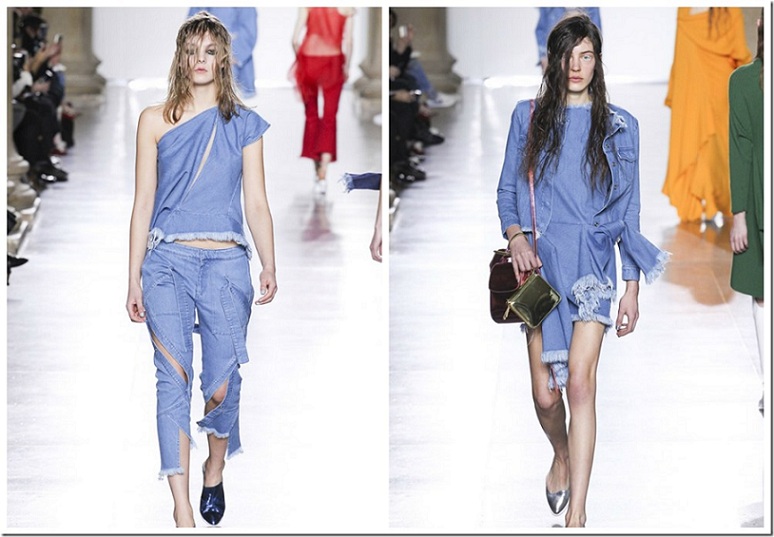 Trained both in women’s wear, Marta Marques and Paulo Almeida subscribe to the Helmut Lang school of thought, where ‘fashion is about attitude, not hemlines’.
While their aesthetic evokes raw effortless­ness, the pair’s technical sensibilities are revealed in the construction of each piece. Cutting their teeth at Vivienne Westwood and Preen respectively, Marques and Almeida took the natural course of combin­ing talents while on the MA at Central SaintMartins – hitting the mark between impulse and consideration.
Marta Marques and Paulo Almeida  launched  the MARQUES ‘ ALMEIDA in April2011 and showed for their first 2 seasons under Lulu Kennedy’s platform – Fashion East. They have been awarded NEWGEN sponsorship from the British Fashion Council/Topshop and have shown SS 13 , AW 13 and SS14 on schedule at London Fashion Week 2015.
Having had their work published in magazines like VOGUE UK, ELLE UK, VOGUE PARIS etc … MARQUES ‘ ALMEIDA was referred by ELLE UK as the “new go to label for distressed denim”. Their collection has experimental designs often with unfinished hems .

MARQUES ‘ ALMEIDA have recently been nominated for the Emerging Talent  – Womenswear Award at the British Fashion Awards 2013. 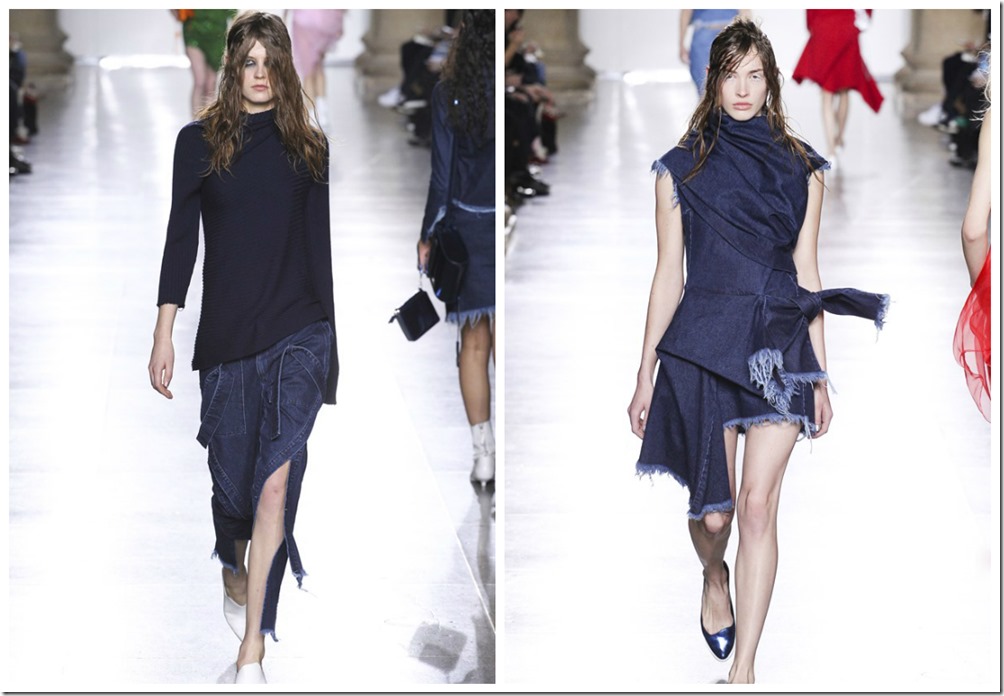 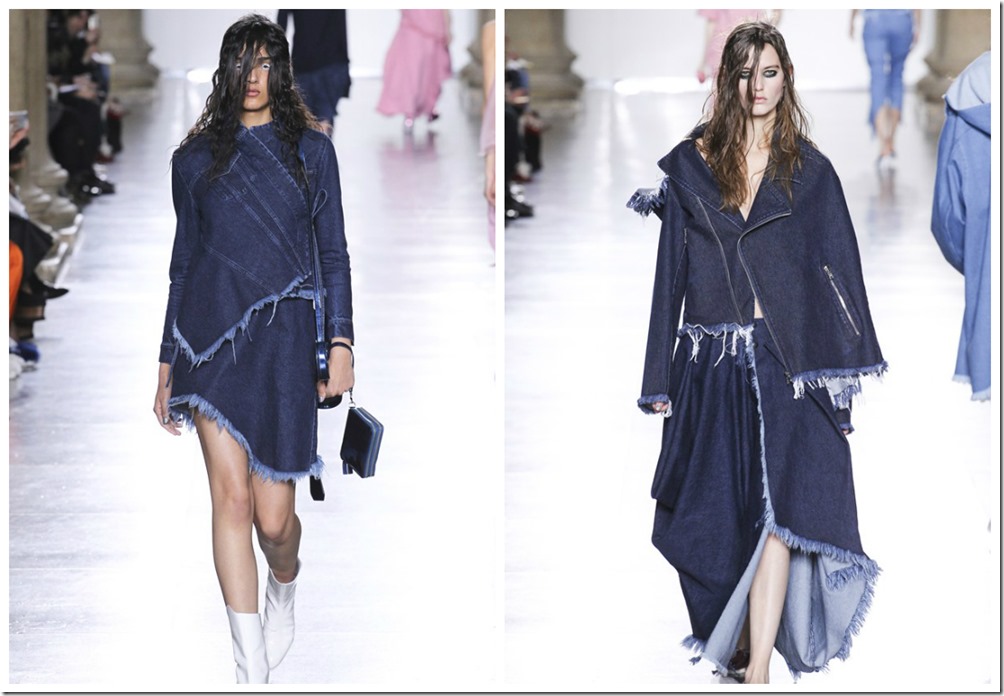 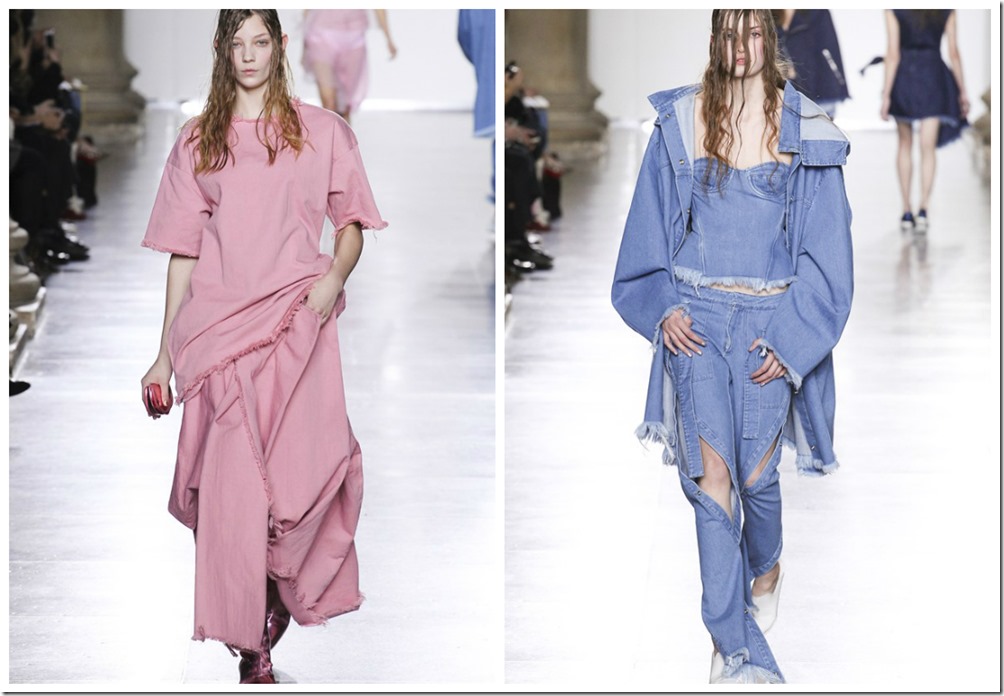 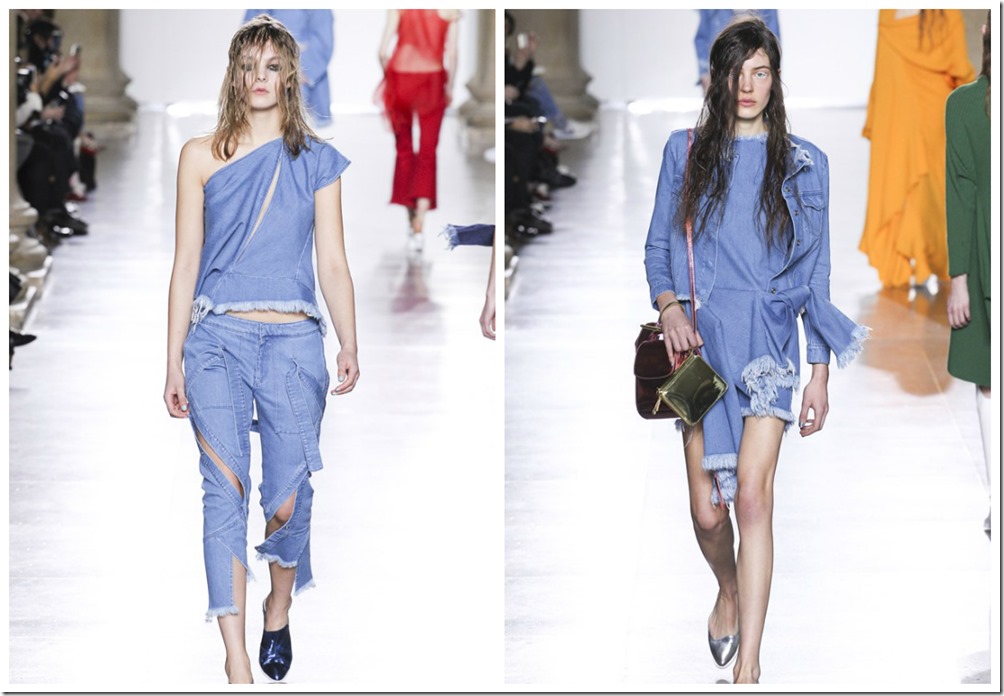 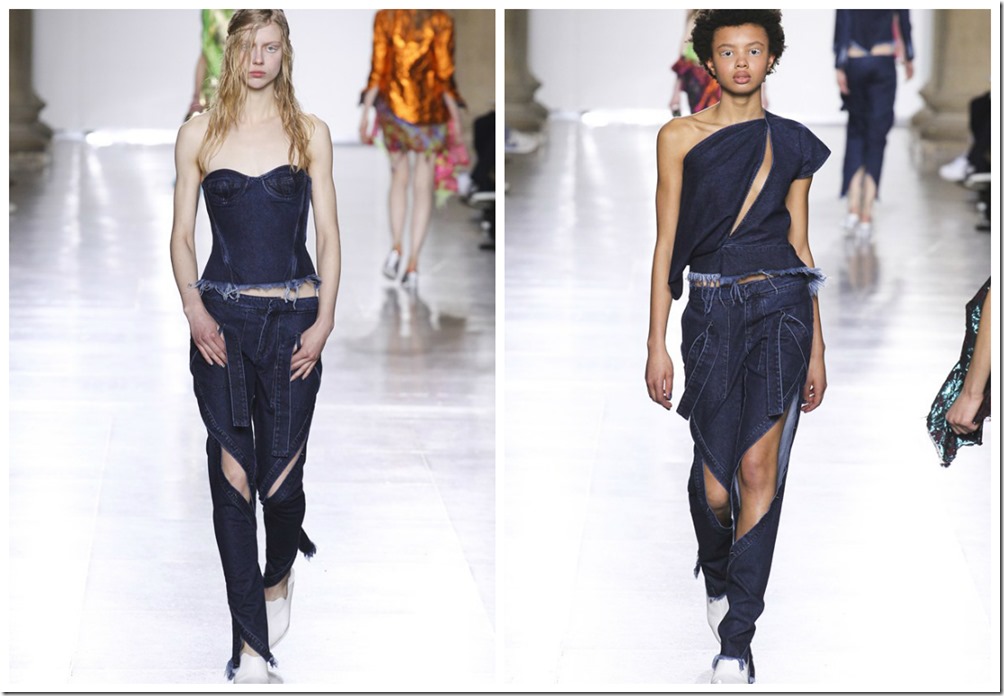 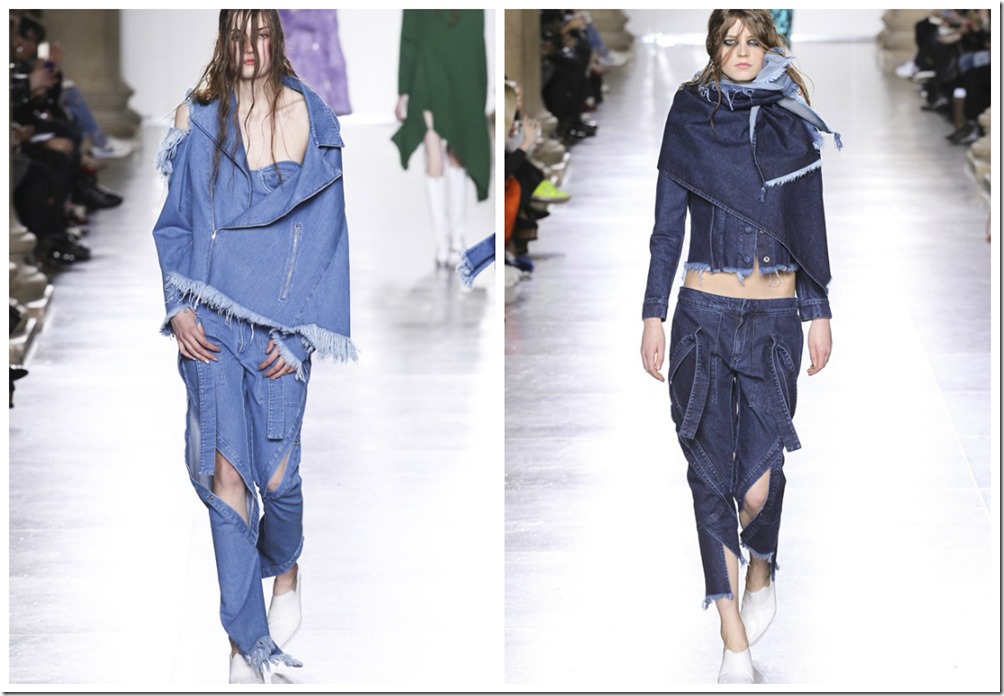